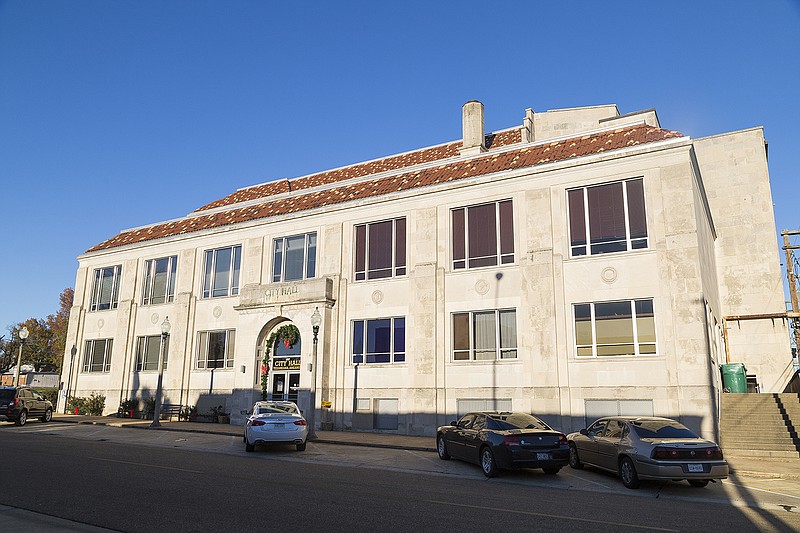 A tax incentive to help bring 20 jobs to Texarkana, Ark., has the unanimous approval of the city's Board of Directors.
At a special meeting Monday morning, directors voted to endorse a state tax break to help defray the cost of Union Tank Car Co. refurbishing the former General Electric Railcar Repair Services Corp. plant.
UTC expects the renovated facility to employ at least 20 people, with pay starting at $20 an hour, plant manager Bruce Harbridge told the board.
UTC plans to invest about $8 million overhauling the plant to equip it for cleaning, lining and coating of tank cars. Harbridge said renovations of the plant's cleaning rack system are already under way. A project description states that this portion of the project should be completed by mid-2017.
"We are thrilled to have you as a business partner here in Texarkana, Ark.," Mayor Ruth Penney-Bell told Harbridge after the vote.
The tax credit is part of the state's Tax Back program, which provides a one-time refund of sales and use taxes on the purchase of building materials, machinery and equipment. To qualify for the program, a business must invest more than $100,000 and meet job-creation criteria. A Tax Back incentive helped the city attract a FedEx Distribution Center to Maxwell Industrial Park last year.
Ward 5 Director Barbara Miner raised a concern about rail cars blocking traffic on 19th Street near the plant, and Harbridge assured her that UTC would avoid such disruptions as much as possible.
Before the deal can take effect, the county government must also endorse it. City Manager Kenny Haskin said he expects the Miller County Quorum Court to vote on the issue at its next meeting Dec. 19.
The plant is at 2801 Nash Thompson Lane, north of 19th Street and east of U.S. Highway 67. North American Railcar began operating there in the 1930s, and GE purchased it in 1983, according to a previous Gazette report. In 2004, GE shuttered its maintenance programs at the plant and laid off about 190 employees who worked there. The facility has been used for storage since then. UTC bought GE Railcar's assets, including the plant, in September 2015.
"We're excited for the opportunity this presents, with good-paying jobs bringing some greatly appreciated economic improvement to our community," said Director Tim Johnson, whose Ward 3 is home to the plant.
Ward 1 Director Allan Wren, who is stepping down from the board at the end of the year, did not attend the meeting.