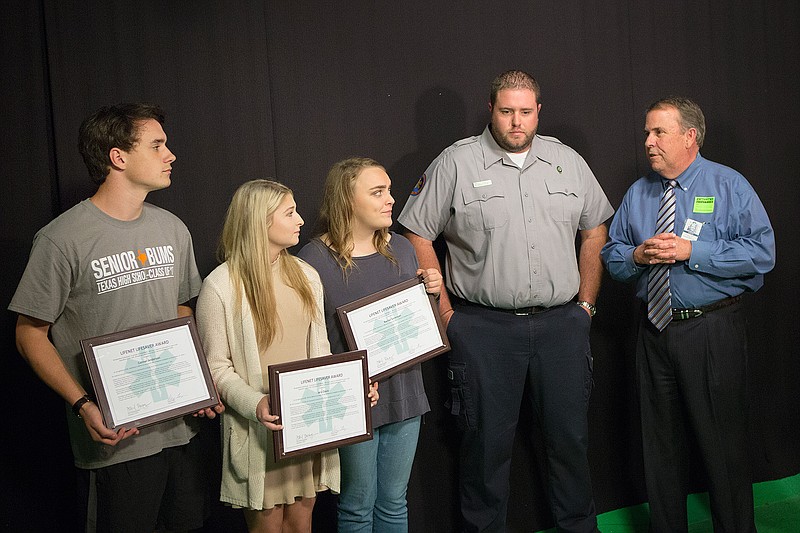 Three Texas High students were recognized for taking quick action to assist and stabilize classmate Mayten Lumpkin, who was injured in a diving accident Sept. 17.

The injury occurred when the teens were swimming at Connor's pool and Mayten dove in. He was in the water facedown for a few seconds after the dive, but his friends were unaware anything was amiss. He was able to roll over in the water, and at that point he told his friends he couldn't move.

They immediately took action to stabilize his body and call 911. 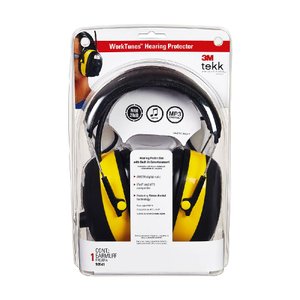 Tekk Protection WorkTunes Hearing Protector
Jera grabbed a raft and they used it to help support his body while Connor and Rachel stabilized his neck and torso. Mayten wanted to get out of the pool, thinking it was only a pinched a nerve, but his friends wouldn't let him.

Mayten had broken C5 and C6, resulting in paralysis.

They estimate it took paramedics about 15 minutes to arrive at the scene.

"It may have been 15 minutes but it felt like a day," Rachel said.

"The group did an amazing job. I have no doubt that what they did to keep Mayten calm, still and supported either saved his life or kept him from further damage. The group held his neck and floated his body on a raft, and I believe it made a lifesaving difference," Townsend said.

"He wanted to get out of the pool. If they'd let him do what he wanted to do, this would be a very different story," said Missy Lumpkin, Mayten's mother, who was there to watch the teens who had saved her son's life receive recognition for their brave actions.

"This is amazing," Missy said, with tears in her eyes. "My son was the very one who said they needed awards because they saved his life."

"We want to recognize people who do good," said David Baumgardner, LifeNet CEO. "When Mayten was injured, the action of these three made a real difference so we wanted to recognize that."

Mayten watched the awards presentation via Facetime from TIRR in Houston, where he is undergoing intense rehabilitation. He was moved there on Oct. 5 from Parkland Trauma Center in Dallas where he was flown the night of his injury.

Missy said he has a long way to go in his recovery.

"Right now he's paralyzed from the chest down. The only movement he has is in his shoulders, elbows and wrists but that won't last," she said with a mother's confidence that his condition will continue to improve.

The Lumpkins have received a huge outpouring of love from the students, faculty and staff at Texas High since Mayten's accident.

"The support has been phenomenal. I can't tell you how proud we are to be from Texarkana," Missy said.