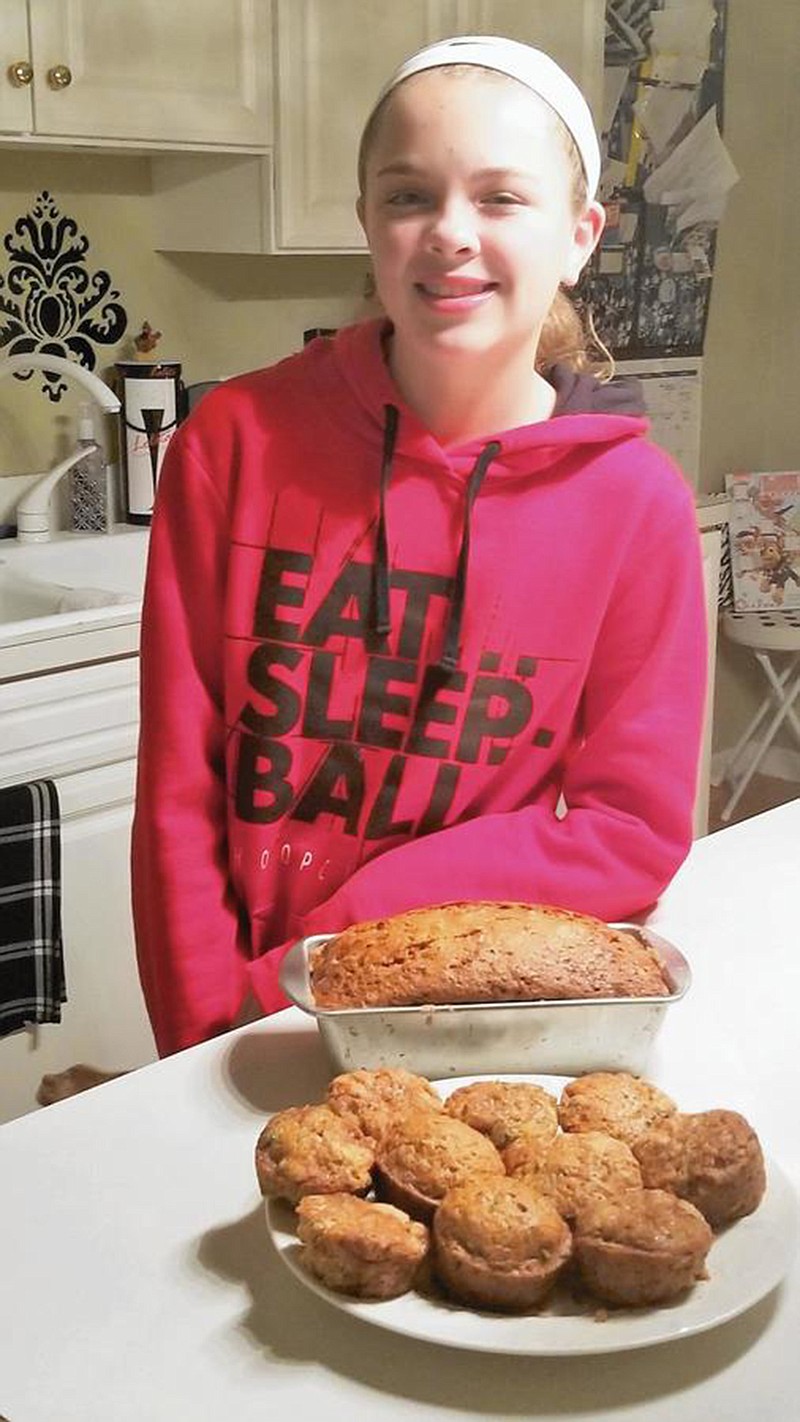 BATAVIA, Ill.-Mary Ann Gee, 73, reached a personal milestone the first Monday in December after receiving her final chemotherapy treatment for pancreatic cancer which she has been undergoing since late last winter.

It was celebrated with a home-baked loaf of zucchini bread along with a note taped to it, congratulating her on her final treatment.

"There is a woman that works here at the Advocate Dreyer Highland facility whose daughter bakes bread every week for the patients," Gee said. "Most kids her age are texting and involved with their friends, but every Sunday she bakes banana or zucchini bread and it's here Monday for the patients and caregivers to enjoy."

The home baker that Gee and others have never met is 14-year-old Batavia resident Autumn Gunnell, who has a twin sister with another seasonal name-Summer. Their mother Carol Gunnell has worked with Advocate for six years doing patient registration and said her daughter's baking kick began this summer after seeing that a bunch of bananas were going bad.

"Autumn has been taking food classes the last couple years in middle school, and she loves to cook and bake," Carol Gunnell explained. "She's got a big heart and is very sensitive and decided to bake with whatever extra stuff we had around the house. She's made a couple dozen loaves by now and has done this on her own-I've had nothing to do with it."

When bananas weren't around, a bounty of summer zucchini led to making a second type of bread, based on recipes Autumn Gunnell said she found on Pinterest.

"I have been taking food classes and like to bake bread for the fun of it," Autumn explained. "My mom suggested that maybe I make some for the patients at the oncology office. I've not met any of them, but I feel good about this. I feel I know the people eating the bread I made and that there is a connection."

Laura Waldoch, who works as a nurse practitioner for Advocate Medical Group West Oncology, said the youngster's baking efforts "have touched me" and as a mother of six children herself, she realizes how unique Autumn is.

"Kids normally aren't that altruistic at her age, and it means a lot being that kind to someone else," Waldoch said. "Patients that come here have reached a pretty dim point in their lives and typically aren't treated like that-having something homemade for them. When they see the bread, it always brings a smile."

Autumn Gunnell said she looks forward to her weekly ritual and that both her twin sister and her friends "think it's cool that I'm doing this."

"My sister encourages me, and my friends think it's nice for a kid to step out of the boundaries of what kids usually do," she said.

"This shows that someone cares about them and patients need more than just medications and treatment-they need emotional support," Waldoch said. "Food is something basic families gather around for, and food is comfort in itself. To me, this plays on so many levels. I think this is what comes from good parenting, to have a child doing something like this at her age. Most are understandably very egocentric right now and to have her take time out of her life to bake for strangers, that's pretty special."

Gee agreed that Autumn is someone special.

"This has really touched me and is something that didn't have to be done," Gee added. "Someone went out of her way to make others feel better. My treatments are over and hopefully I'm fine. At my age, every day is a great day. But this girl is unusual."