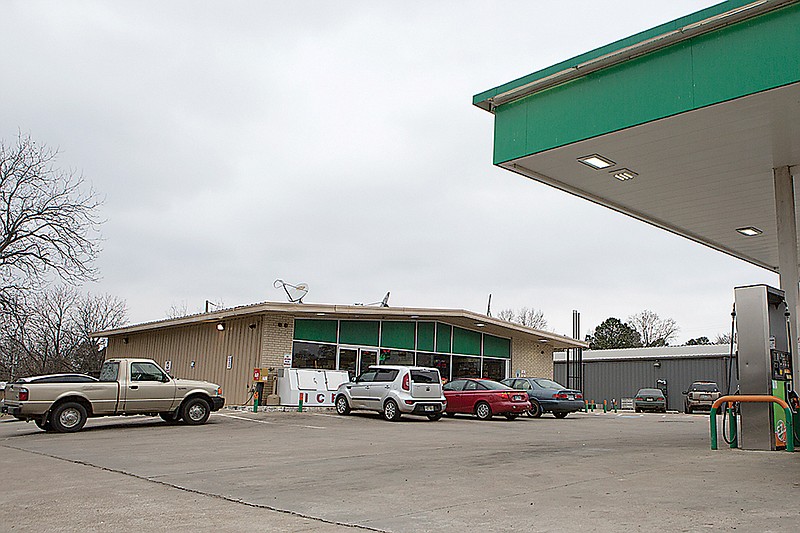 A 12-year-old boy faces capital murder and aggravated robbery charges for his alleged role in fatally shooting a store clerk about 2 a.m. Thursday at the Fouke, Ark., E-Z Mart clerk.

Christa Shockley, 21, was found unresponsive on the convenience store floor by a local newspaper carrier, according to Chief Deputy Michael McQuerrey of Miller County Sheriff's Office.

The 12-year-old suspect, who is being held in the county's juvenile detention center, is not being identified in compliance with state law, McQuerrey said in a new release.

The chief deputy said a pistol was used in the homicide.

Miller County Prosecuting Attorney Stephanie Black said the suspect was ordered detained by Circuit Judge Kirk Johnson at a detention hearing. He will return to court for a hearing Feb. 8.

Generally speaking, Black said the court can order mental-status evaluations or other assessments as deemed necessary. Black said a 12-year-old detainee is not eligible for certification to stand trial as an adult under Arkansas law.

However, the court can exert extended juvenile jurisdiction over a young offender who has been adjudicated guilty of a crime such as capital murder.

Black said a juvenile in those circumstances may be held in a juvenile detention center until his or her 21st birthday, at which time a hearing will be conducted to determine whether release is appropriate or whether the young offender should be ordered to serve time in an adult penal institution.

If such incarceration is ordered, the case will periodically be reviewed by the court to determine if the offender should be considered for release, Black said.

"The whole community is in shock. Several people have been calling City Hall concerned about what happened. It's sad, so sad," Fouke City Administrator Tammy Lovell said.

Residents in the small town are experiencing a range of emotions.

"We're a small town, and we're all family and close-knit. It's like it happened to your own family," he said.

The carrier, who requested not to be identified, had delivered newspapers to the Monster Mart across U.S. Highway 71 and was driving over to the E-Z Mart store when she spotted the woman's body.

"I could see her body on the entrance floor. She was laying on her back. There was no struggle at all," the carrier said.

"You could tell she was dead," the newspaper carrier said.

"I hollered, and she didn't respond. A man went with me inside the entrance. We didn't see anyone leaving the scene," the carrier said.

"My adrenaline was running. I tried to keep my mind right. It was pretty rough. I called 911. My phone showed I called at 2:08 a.m.," the carrier said.

The carrier went outside and sat in front of the door until emergency crews and law enforcement officials arrived.

"I finished my rounds afterward. It was hard to concentrate and keep my mind right," the carrier said.

An investgation ensued, and the 12-year-old was arrested just after 8 a.m. Thursday, McQuerrey said.

"The Miller County Criminal Investigative Unit responded to Fouke and initiated the criminal investigation. About 8 a.m., Lt. Les Moody, Detective Wesley Penny, and Detective Patsy Dehart had recovered multiple critical items of evidence including the clothing the suspect wore during the crime, the weapon used to commit the crime, and identified and arrested the suspect in the Fouke community," McQuerrey said.

"It was determined Ms. Shockley had been a victim of a homicide. Deputies secured the scene, identifying possible witnesses in the area and notifying family members," McQuerrey said.

"About 7 a.m., personnel from the Fouke School District were contacted and given a brief summary of the investigation. At that time, no suspects had been identified. However, it appeared the victim had been specifically targeted," McQuerrey said.

Investigators worked with E-Z Mart employees to find evidence and "determine the identity of the suspect," he said.

About 8 a.m., evidence including the clothing the suspect wore during the crime and the pistol believed to be used to commit the crime had been recovered.

"A juvenile suspect was identified. Because of his age and as a precaution, the Fouke School was contacted a second time with the new information, and deputies were sent to the school to help ensure the safety of the students and staff," McQuerrey said.

Purvis praised the investigative efforts that led to a quick arrest.

"The investigators were the best of the best. They made an arrest in record time, and I'm appreciative of that. It's unnerving thinking a killer would be running among us. A quick arrest put the fear at ease. I can't thank the sheriff's department and the Texarkana, Ark., Police Department enough," Purvis said.

Shockley's body will be taken to the Arkansas Crime Lab for autopsy to determine the cause of death and analyze evidence.

The investigation is ongoing, McQuerrey said.