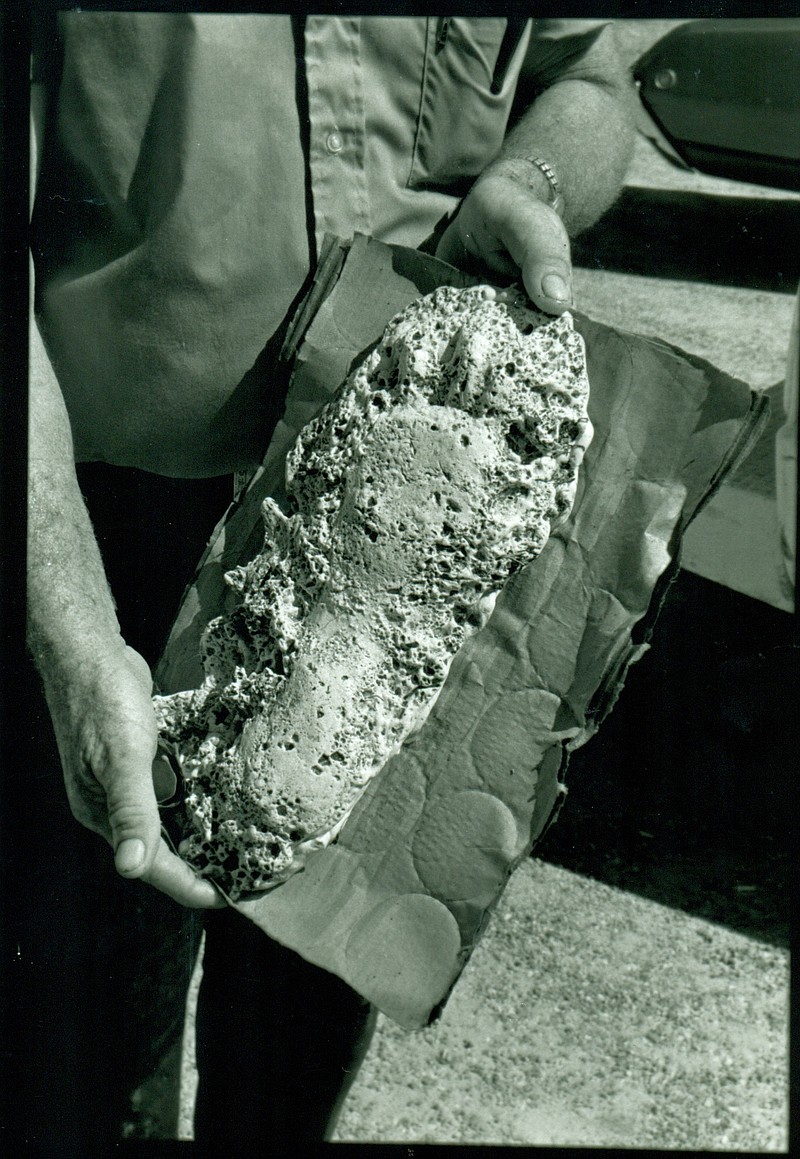 After the 1971 reported sighting of a 7-foot, hairy creature in Fouke, Ark., monster mania swamped the small, Miller County community. Willie Smith, a soybean farmer, made a mold of a three-toed footprint he found in his fields. Smith later made copies of the mold and sold them as souvenirs. The original cast was destroyed in a fire.

Fouke, Ark., Mayor Terry Purvis has received a Freedom of Information request about the Fouke Monster from MuckRock.com.

"I've never had a request like this. It's weird," Purvis said.

"We don't have any records or reports of known sightings in the city limits of Fouke of the Fouke Monster, Southern Sasquatch or other unidentified or supposed paranormal," Purvis said.

"All the sightings have been out in the county."

Purvis responded to MuckRock.com with an fax saying, "The City of Fouke Police Department does not have any police reports pertaining to 'Fouke Monster,' 'Southern Sasquatch' or supposed paranormal creatures."

The FOI requested was made by Nathanael King, a staff reporter, representing the publication MuckRock.com.

"The requested documents will be made available to the general public, and this request is not being made for commercial purposes," said the request from King.

"Being the mayor I get to see and hear of some pretty interesting stuff," Purvis said. "Some things are pretty awesome and some just makes you want to take pause and pray for humanity, but this one takes the cake.

"I am literally speechless. The kicker is, by law I have to answer this. I will do my best and try to be professional in my response. I don't have anything for them. the Fouke Monster and Southern Sasquatch never visited downtown."