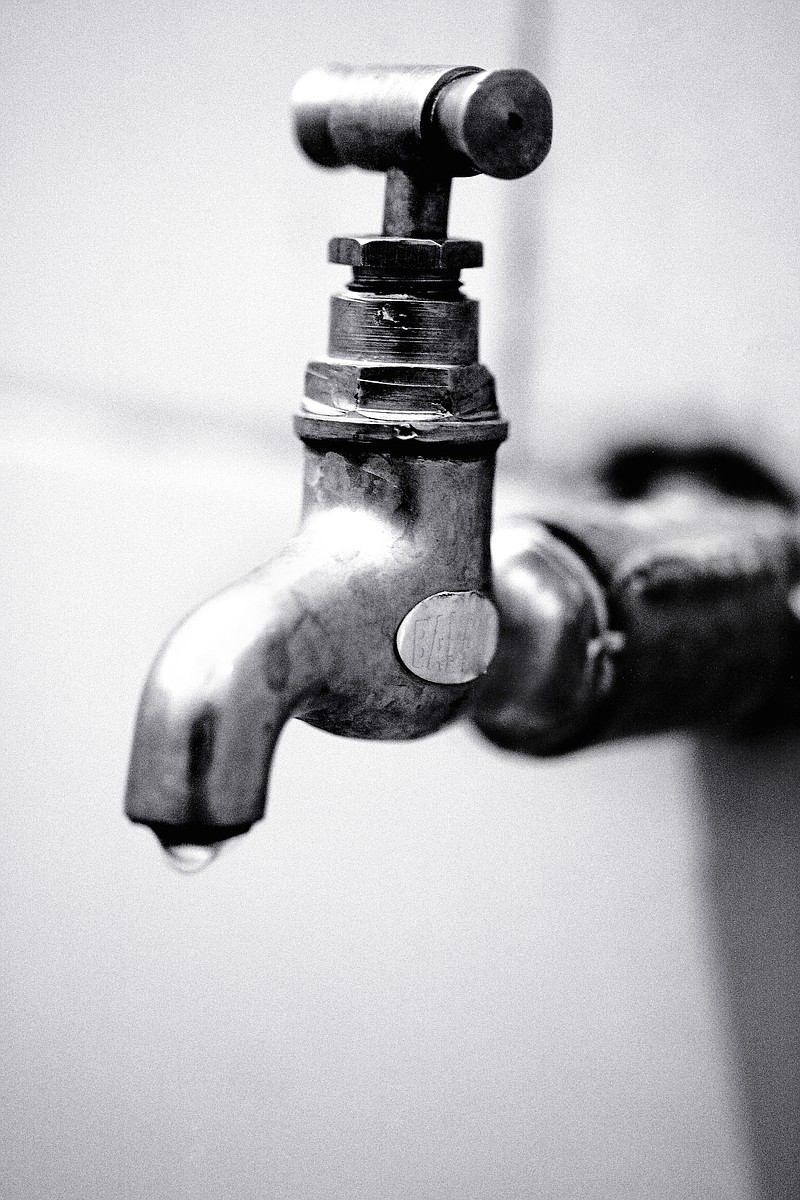 HOOKS, Texas-Riverbend Water Resources District's Board of Directors approved the final numbers for the Regional Water Master Plan during a town hall meeting Tuesday. The population and water demand data was gathered by consultant Susan Roth, who also made a presentation on the numbers and the infrastructure needed to support anticipated growth.

Roth said the Texas Water Development Board included census data for projections included in the 2017 State Water Plan. Those numbers differ from the numbers she obtained from the Texas Demographic Center, which show a .21 population increase in Bowie County by 2050, as opposed to .17 percent projected by the water development board.

"You have to have very justifiable data," she said of the Regional Water Master Plan. "It's a very small growth, but it's growth. I'm trying to show that it is an increase." 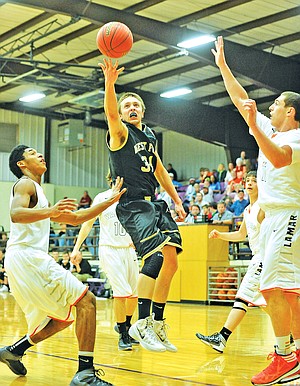 Staff Photo Michael Woods &#8226; @NWAMICHAELW Josh Bailey, West Fork forward, drives to the hoop Thursday between Lamar defenders to score during the second round of the 3A-1 regional basketball tournament at Elkins.

Roth also outlined the plans to address the infrastructure to fulfill the area's future water needs, including building a new water treatment plant at TexAmericas Center that would eventually serve the entire Texarkana region. She said that when she and her team began studying the area's water needs over a year ago, they assumed the New Boston Road water treatment plant could provide 24 million gallons of water per day- but realized last week that it will handle only a total of 18 million gallons per day. Roth said a new plant will be necessary in the next few years to meet growing residential and industrial water needs.

Phase 1, which would cost approximately $190 million, she said, would serve all TexAmericas Center's raw water needs and Riverbend's 16 member entities. 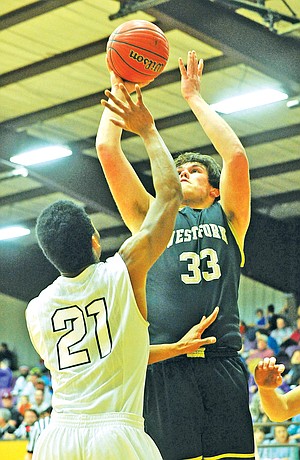 Staff Photo Michael Woods &#8226; @NWAMICHAELW William Roebke, West Fork forward, pulls up and shoots Thursday over Lamar defender Korey Tucker during the second round of the 3A-1 regional basketball tournament at Elkins.

Roth said it was important to be able to serve the industrial needs of businesses at TexAmericas, because they will bring growth to the economy and community.

"As we look at the demands that come in on the manufacturing side, it will all be a domino effect, because if we can attract these businessesit gets the ball rolling and you'll see more growth in your communities," she said. "A heavy focus is on TexAmericas Center to make sure we hit the right numbers on the manufacturing side. That's the number one key. That's where your predominant water demand is going to be coming from."

Roth said they are considering a site on the Bowie County Parkway because of its close proximity to TexAmericas. She added that the entire project, which includes capital and contingencies, is estimated to cost $285 million.

A new plant would also be built in Domino to serve that city's needs and those of Riverbend's entities south of the plant, including the city of Atlanta.

Riverbend representatives will present the Regional Water Master Plan to the Region D Water Planning Group today during their regular meeting at 1 p.m. at the Mount Pleasant Civic Center. If Region D accepts the plan, it will then be sent to the Texas Water Development Board for inclusion in the 2021 State Water Plan.

Riverbend's next meeting is scheduled for Nov. 22 at their offices at 228 A Texas Ave., New Boston, Texas.