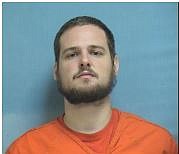 A Texarkana, Ark., man accused of sexual misconduct with an 8-year-old girl is charged with three counts of rape and a single count of sexual assault.

Drew Curtis Bynum, 27, allegedly told an investigator with the Miller County Sheriff's Office that he "messed up" and that he "fell in love with" the 8-year-old daughter of a woman with whom he was living "the first time he saw her," according to a probable cause affidavit used to create the following account.

All four of the felony sex crimes with which Bynum is charged allegedly occurred between March and June of this year. The girl's mother reported the alleged abuse to the sheriff's office on June 8, and the child was interviewed at the Texarkana Children's Advocacy Center on June 11.

The girl reportedly disclosed that Bynum had been assaulting her for several months and described conduct including rape and sodomy which was "painful."

Bynum was interviewed by Miller County sheriff's Investigator Patsy DeHart the same day his alleged victim met with a forensic interviewer at the children's advocacy center. Bynum was arrested June 13 and remains behind bars. Bail is set at $75,000.

Deputy Prosecuting Attorney Kristian Robertson formally charged Bynum with three counts of rape and one count of sexual assault June 25. The sexual assault charge involves sexual contact and is punishable by five to 20 years in prison and a fine up to $15,000. Each of the three counts of rape is punishable by 25 to 40 years or life in an Arkansas prison.

Bynum's case is assigned to Circuit Judge Carlton Jones. An attorney of record is not listed.