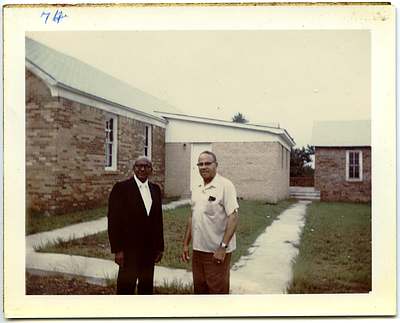 Cass County native Dr. William M. Watts (18851980), was a pioneering physician who opened the first hospital for African-Americans not allowed medical treatment at other facilities in Oakland, Calif.

The 22-bed Watts Hospital was established in 1926.

After earning a medical degree from Meharry Medical College in Nashville, Tenn., he practiced medicine at hospitals in Houston and Fresno, Calif., before opening the Oakland hospital.

While in Oakland, Watts contributed a medical advice column, "How to Keep Well," to Western American, a local African-American newspaper.

Dr. Watts' time in Oakland was cut short in 1928 by the death of his brother in Texas.

He never returned to Oakland. Without the leadership of Dr. William Watts, the Watts Hospital in Oakland closed its doors in 1927.

The Sheppard-Watts Hospital and Nursing School in Marshall was a three-story brick building serving the African-American community in Marshall. It was located at 606 S. Carter St. in the historic New Town Neighborhood.

The hospital was constructed in 1925 by Dr. James R. Sheppard and later purchased and renovated by Dr. William Watts.

Watts continued to practice as a physician until his retirement in the late 1960s.

Through the years, Dr. Watts had assisted in the continuation of his home church, then called Mount Pilgrim CME Church in Lodi.

He saw to its reconstruction after a violent storm in 1956.

During these years, the church voted to change its name to Watts Chapel Methodist Church.

Dr. Watts and Dr. James R. Sheppard are buried in the Whitaker Cemetery in Lodi.