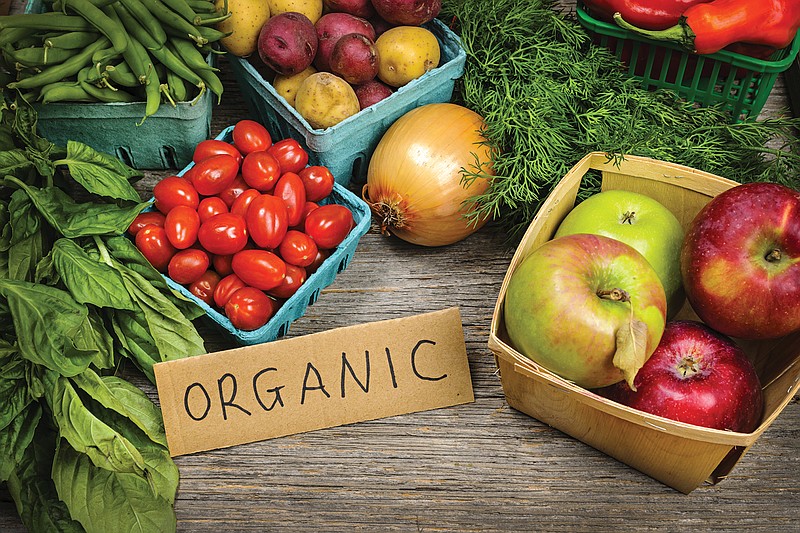 The rules, which are among the final pieces of the 2010 Affordable Care Act to be implemented, require restaurants to list calories on all menus and menu boards. Restaurants will also have to provide on-site additional nutritional information, such as fat and sodium levels.

The law, intended to nudge Americans to eat healthier, applies to chains with at least 20 stores.

And it won't be just fast-food and sit-down restaurants that are affected. Grocers, convenience stores, movie theaters, pizza delivery companies and even vending machines must meet the new requirements.

The menu labeling rules will improve public health, Food and Drug Administration Commissioner Scott Gottlieb said last week in an interview. He pointed to studies showing that enlightened customers order, on average, up to 50 fewer calories a day.

While that equates to the calories in a small cookie, Gottlieb said, the impact compounded over weeks and months can deliver a large benefit.

"This is a meaningful, incremental step in addressing" the country's obesity epidemic, he said.

Seeking to alleviate retailers' concerns, the FDA delayed implementing the rules several times to give the food industry time to comply after finalizing the menu-labeling rule in 2013.

The provisions are supported by consumer advocates and the National Restaurant Association, which wanted to avoid catering to a hodgepodge of requirements from cities and states.

But some food industry groups and retailers say they still don't have all the answers and worry the rules will place an undue burden on shop owners.

The National Association of Convenience Stores expressed reservations about how its members will comply.

"Convenience retailers will welcome any flexibility the FDA may be able to provide in order to comply with this onerous rule," said spokesman Jon Taets.

Conservatives in Congress also have repeatedly lashed out at the provisions, with the House passing a bill earlier this year that would modify them. The Senate has not acted on that legislation.

Even as the provisions go into effect, the FDA announced that over the course of the next year officials will seek to educate the industry about meeting the new rules, rather than enforcing them.

"Americans deserve to know what they're getting when ordering for themselves and their families at chain restaurants, supermarkets and other food retailers," said Margo Wootan, vice president for nutrition for the Center for Science in the Public Interest, a consumer advocacy group. "Menu labeling isn't a silver bullet. It's just one of dozens of things we should be doing to help Americans maintain a healthy weight and reduce their risk of diet-related health problems like diabetes, heart disease and cancer."

But others see the issue differently.

Daren Bakst, a fellow with the conservative Heritage Foundation, said the law equates to government overreach.

"It's not up to the government to influence what people eat-that should be left up to each individual," he said.

Bakst said he likes having nutritional information on foods he buys but opposes the government mandate for retailers.

"Plenty of restaurants will be hurt by compliance costs," he said.

Yet many restaurants say they are ready.

"This date is long overdue," said Cicely Simpson, an executive vice president at the National Restaurant Association. Most chains don't see the calorie information postings as hurting overall sales. Yet, she said, the information will lead some consumers to switch the foods they choose.

She said the FDA has been flexible with the industry, including efforts to clarify that promotional signs and flyers in stores are not the same as menus and don't have to include calorie information.

Domino's Pizza spokesman Tim McIntyre said his company has concerns about how its franchises will meet these requirements but is confident the changes won't increase prices for consumers.

The pizza delivery company hopes the FDA will allow it to meet the provisions by posting nutritional information on its website as it has done for years, rather than on menu boards, he said. The company said 90 percent of orders are placed by phone or internet, and with hundreds of pizza combinations and sizes it would be difficult to list nutritional info for each one on a menu.

McIntyre said the menu labeling rules were meant to give consumers calorie information at the point where they are ordering. For pizza delivery companies that is rarely inside the store, he noted.

"All we are asking for is common-sense approach to put this information where people are and we believe the internet is where people are going to go to get this information," he said. The FDA has put out thousands of pages of guidance to help restaurants and other food providers comply with the law, such as helping grocery stores decide where to put information on salad bars. Under FDA guidance, if pizza delivery stores don't have menu boards, they don't have to add any under the law.

Gottlieb said he frequently uses restaurant's calorie information on signs when ordering food. "I admittedly occasionally go to fast-food restaurants and take into consideration the calories," he said. "I used to go to McDonald's time to time to order an Egg McMuffin, but now I go for the Egg White Delight."

According to McDonald's, an Egg McMuffin packs 300 calories while the Egg White Delight has 280.