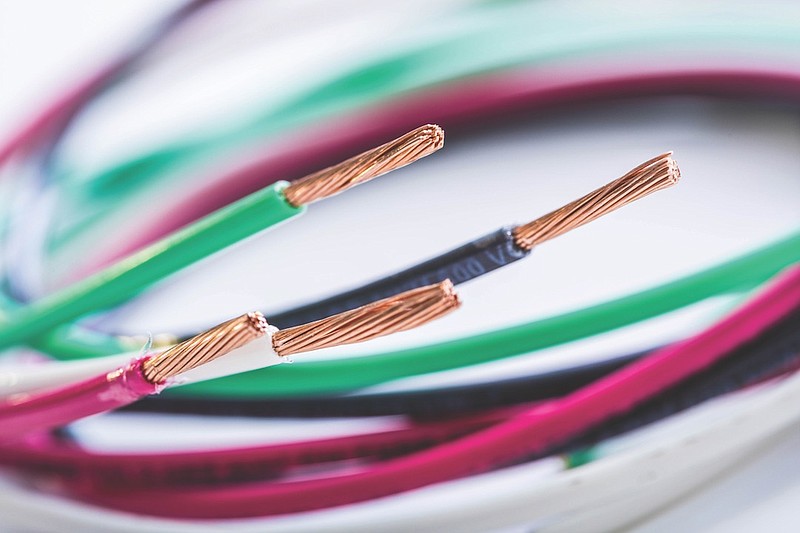 Electricians have begun repairing Texarkana, Ark., street lights blacked out by rats, and the price tag could reach $15,000.

A contractor hired by the city had been at work on the lights, replacing some fuses, earlier in the day, Public Works Director Tyler Richards told the city Board of Directors during its regular meeting Monday.

"He's on it until he gets done. We could get up to $15,000. It's going to be an expensive fix. Virtually every bit of that wiring has got to be replaced," Richards said.

Rats have chewed through the wiring of a string of street lights on the median of Interstate 30 between the highway's intersections with Jefferson Avenue and Four States Fair Parkway. Most of the lights are completely dark, but some are flashing, indicating that low voltage is still reaching them.

Richards updated the board on the problem during the citizen communication portion of the meeting, after Planning and Zoning Commissioner Boots Thomas raised the topic.

"This is a safety issue," Thomas said. "I enter the interstate down on Four States Fair Parkway every morning in the dark, merging with traffic. Flashing lights will get you dazed and confused, especially if you're old like me.

"Having those lights, the pole lights, working; having all of that intersection lit; having the interstate down to Four States Fair and beyond, even, lit is definitely a driver safety issue."

Repairing the lights will create the right impression on travelers, as well, Thomas added.

"It makes our city look like we're awake and at home. You drive into town past that beautiful sign they put out on the interstate east of town, and then you drive into an abandoned city that's all dark. So it kind of looks a little lousy. Fixing that up will encourage and make everything look a little nicer," he said.

Animal Services Director Charles Lokey answered whether the rats can be poisoned.

"The rats have mutated. They're not as susceptible to poisons that were used in the past," he said. "The companies are working on new products at this time. As soon as I find something that will start working, I'm going to get with Mr. Richards, and we're going to see what we can do about baiting the poles."

A new kind of electrical insulation is a major factor in the rats' destructiveness.

"What's really got the animals going to wiring now-they always have, but more so than ever before-is they're using a soy-based plastic now. And they smell it because they've got an unbelievable sense of smell, and once they get the taste, boy they don't want to stop," Lokey said.

Also during citizen communication, resident Dan Johnson raised the issue of tractor-trailers following GPS directions to the Cooper Tire plant. Drivers often follow GPS directions to turn on Highland Hill Drive, despite "no trucks" signs there, when they should be turning at the next traffic light onto Cooper Tire Road, Johnson said. The trucks then get stuck trying to negotiate two sharp turns to get to the plant.

Johnson suggested adding more signage directing drivers to Cooper Tire Road and fining any who do not obey. Mayor Allen Brown said the appropriate city department would look into the problem.

The agreement spells out how the two organizations will help each other in the event of an emergency.

Neither party can "request assistance unless resources available within the stricken area are deemed inadequate," and neither must provide assistance "unless it determines that it has sufficient resources to do so," the agreement states.

Both parties "waive the right to seek reimbursement from each other," and each "shall maintain its own equipment in safe and operational condition."

By entering into the agreement, the parties do not waive any governmental immunity, and each party will assume "the risk of liability arising from its own actions or omissions."

The board's next meeting is scheduled for April 15.