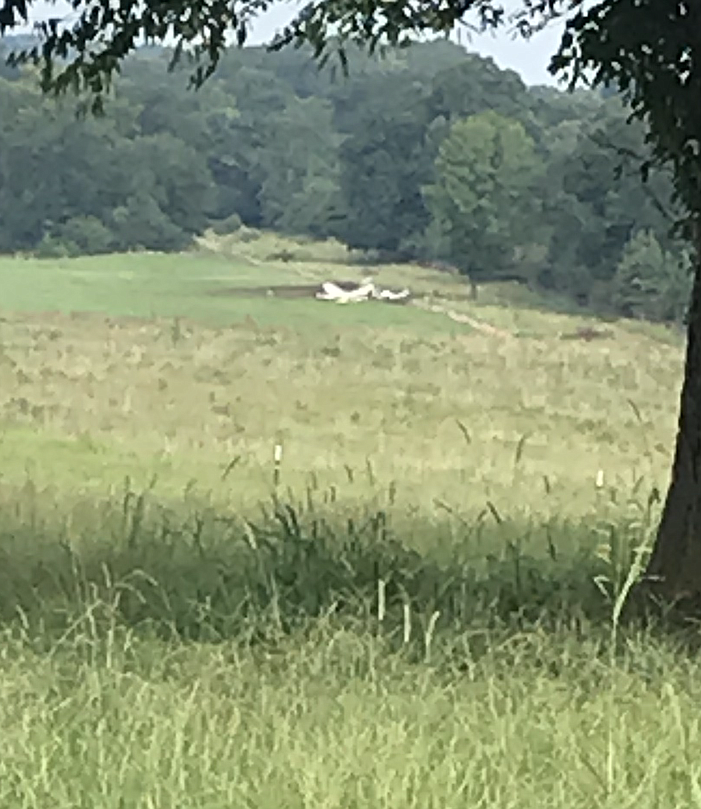 A small plane crashed near De Queen Sunday afternoon. Lori Dunn is on the scene for the Texarkana Gazette. No details have yet to be released and officials are keeping the public and press at a distance from the site.

UPDATE: 11:30 a.m. Monday: One man is dead and another man injured as a result of Sunday's plane crash near De Queen. The men's identities have not been released by officials. National Transportation Safety Board officials are en route to the scene.

The crash, which occurred at about 4:45 p.m., took place in a privately owned pasture just west of De Queen, less than a mile from the Sevier County Airport located on U.S. Highway 70 west.

As of early Sunday evening, the extent of injuries to the occupants were still unknown, however, the plane apparently caught fire according to some witnesses at the scene.

The Sevier County Sheriff's Office, as well as various county fire departments, responded to the crash.