Man dies at local hospital after foot chase with Texarkana College police and being transported to Bi-State Justice Building, Texas Rangers will investigate 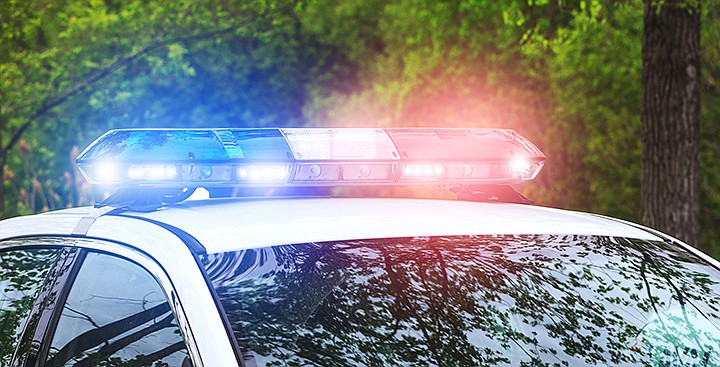 An Ohio man died Thursday at a local hospital after a foot chase with Texarkana College police and being transported to the Bi-State Justice Building.

Darren Cornelius Boykin, 23, of Dayton, Ohio, died Thursday evening at a local hospital, according to a TC news release. He was not a TC student.

Texas Rangers have been requested to investigate, said Suzy Irwin, TC director of institutional advancement and public relations. This request "is standard procedure in this type of situation, according to the press release.

"There was a young man that was identified on security cameras on our campus from some previous thefts that had occurred. He had been trespassing on our campus for about a week, going in and out of classrooms and restricted areas," Irwin said in an interview Friday morning.

As a result, wallets had been stolen in separate instances, she said.

"We had some ID on this suspect and he was spotted on campus yesterday by an employee who notified campus police as someone who matched the suspect," she said Friday.

The suspect was noticed entering a TC building, according to the press release.

"The campus police arrived on scene and approached the young man for questioning and he fled on foot," Irwin said.

"Our campus police officers chased him and it left the campus and they notified TTPD (Texarkana, Texas, Police Department) at that time as it went beyond the boundaries of our college campus," Irwin said.

"Our police officer was able to apprehend him and at that same time TTPD arrived," she said.

As the investigation progressed Friday, Irwin said TC police handcuffed Boykin and he was transported to the Bi-State by Texarkana, Texas, police. TC police did not have a unit on scene as they had chased Boykin on foot.

When the suspect arrived at the Bi-State he apparently  underwent a "major medical event," she said.

"We realized when removing him from the car he did not have a pulse and CPR began immediately," he said.

Boykin's transport to Bi-State did not appear to be out of the ordinary until he was removed from the car, Vaughn said.

"There was nothing the officer saw or heard that led her to believe he was having a medical episode of any kind,"  he said.

The officer turned up the air conditioning in the unit and told Boykin he could get water when they arrived at  Bi-State.

Vaughn said those actions "would not be exclusive to this case."

"She recognized that he had just run in the heat and a ...person would like the air conditioning to be turned up and offered a drink. She was doing what she could to make him comfortable."

Video footage of the suspect's transport to Bi-State is being reviewed, Vaughn said.

"Anytime a prisoner is transported in one of our patrol units, a camera records everything that happens in the back seat. This transport was recorded and is currently being reviewed," Vaughn said.

Though TTPD transported the suspect to the Bi-State, he was considered a TC suspect, she said.