'Why is my cat attacking my lovely smelling husband?' 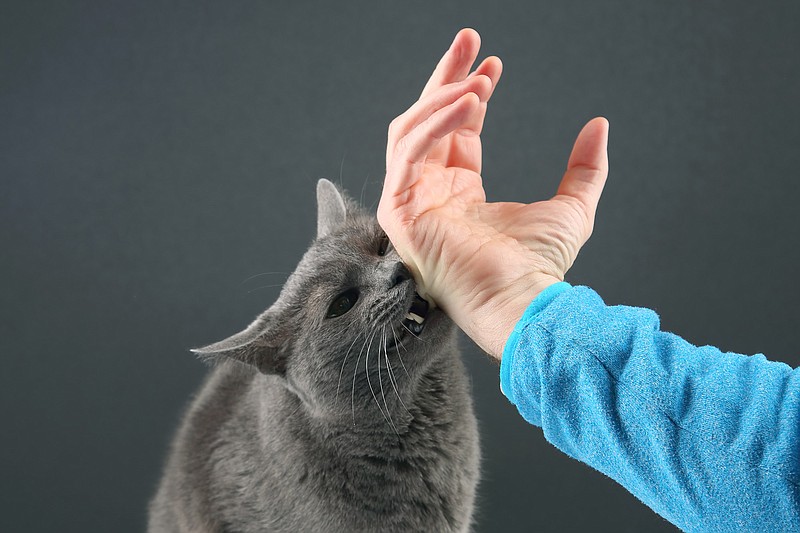 Cats have extremely sensitive noses and smells that they like and dislike. What attracts one cat might not concern another. It's all about preferences. (Oleg Troino/Dreamstime/TNS)

Dear Joan: I read an article about cats going crazy with certain smells. My cat bites my husband after showering. We know that he smells his body wash on him because it's pretty strong, but just wondered why.

Dear Sheila: There are three reasons your cat might be attacking your freshly washed and perfumed husband.

The first is that your cat is psychotic, but all cats are a little bit, so I'm not even going to consider that one. The other reasons are that the cat really loves the smell or he really hates it.

Cats have extremely sensitive noses and they put them to good use. A cat with a stuffy, non-functioning nose would be a very sad cat indeed. Their sense of smell helps them to understand the world around them, from familiar and comforting smells to those that put them on high alert. Those scents help them to identify people, places, objects and even food.

Just like humans, there are certain smells they like and those that they don't. The question is, does your cat like the smell of your husband or not.

There's no telling what a cat might find pleasant and what they don't, which is the same with humans. Your cat might really enjoy the odor of Old Spice and Irish Spring and is responding to it like catnip. He might want to run his claws through it, inhale deeply and otherwise absorb the scent. Like catnip, it might give him a sense of euphoria.

On the other paw, he might hate it. Most cats don't like citrus scents; which means you can use them to discourage your cat from getting into certain places. Usually, a cat that doesn't like a scent stays far away from it, but your cat might really love your husband and is trying to save him from those dastardly aromas, which to the cat might be threatening.

My strong suspicion is that your cat is attracted to those aromas and gets carried away. I've had two cats that love the scent of olives. They wouldn't eat them, but they would attack my hands if I'd been cooking with them. They would start out licking and purring, but grow to biting and scratching.

If your cat is like one in three that doesn't get a buzz from catnip, that might mean he has other scents that give him pleasure.

Dear Joan: I watered my lawn last night and the ants, wanting rain, decided to swarm this morning.

We've been enjoying a fantastic avian air show as the birds snatch ants on the wing. Sorry, I'm not a birder, so I can't name all of the birds that came by but they ranged from hummingbirds and tits to jays and mockingbirds.

Dear M.: What a delight, for you and the birds. I imagine the ants would have a different perspective.

I love seeing nature at work and play. True, it's not always pretty, but it's always interesting and usually entertaining.

Birds rely on much more than our backyard feeders, and they eat a lot of insects. As for the ants, they probably came to the surface not in search of water, but to escape from it. Life can be daunting for underground insects when it rains or the soil is saturated.