'Major League' a hit with mix of antics, believable action 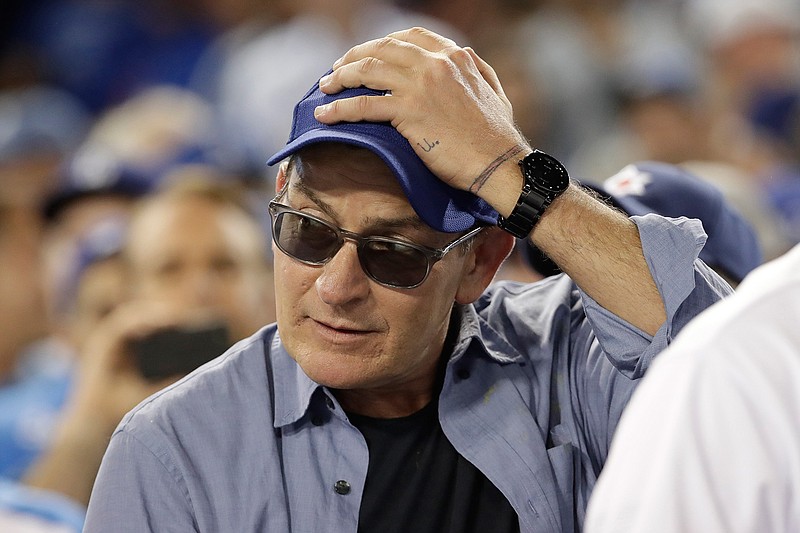 The door to the bullpen swings open, a reliever emerges and a familiar song comes blasting through the stadium's PA system, energizing the crowd.

Before Hall of Famers Mariano Rivera and Trevor Hoffman took the mound with this type of fanfare, there was Ricky Vaughn, the fictitious bad-boy pitcher who entered the climactic game of the movie "Major League" with the song "Wild Thing" announcing his presence.

"I was listening to the recording of 'Wild Thing' - not the original one by the Troggs, but the one by X, and it was such a big sound, it sounded like a thousand people were singing it," said David S. Ward, the movie's director. "I thought, this would be really interesting if people got so into this kid, this pitcher, that when he came into the game, they would stand up and sing 'Wild Thing.'"

"Major League" didn't invent the idea of an entrance song for a reliever, but the 1989 film was certainly onto something when Vaughn, played by Charlie Sheen, strode to the mound to help the Cleveland Indians out of a jam in the ninth inning against the Yankees. It's a scene that has aged particularly well - and one that exemplifies why the movie remains so endearing.

For all its goofy antics, exaggerated characters and memorable one-liners, "Major League" also stands out because the play on the field - especially at the end - feels reasonably authentic. And that was no small feat.

The film was voted No. 8 in The Associated Press Top 25 favorite sports movies poll.

"I think that the baseball in the movie, I think it was pretty good baseball," said Steve Yeager, the longtime Los Angeles Dodgers catcher who played a coach in the movie and was a technical adviser for the film. "I never heard anybody that I played with or played against who said anything bad about it."

Yeager prepared cast members to look the part of major leaguers. One concern was getting the actors in baseball shape, since an injury could set back the shooting schedule.

Ward said he would play catch during casting to see how baseball-ready prospective cast members really were.

"I would have actors come in and tell me, 'Yeah, I played Triple-A ball for the Cardinals.' And then I'd go out and just say, 'Well, let's throw the ball around a little bit,' and they couldn't throw the ball 15 feet," Ward said. "They were just lying. Actors do that."

Ward ultimately ended up with a memorable collection of talent, from both an acting standpoint and a baseball one. Sheen and Corbin Bernsen, who played third baseman Roger Dorn, had enough athletic experience for their roles. Dennis Haysbert, who played curveball-challenged slugger Pedro Cerrano, played baseball growing up.

"I think Steve got a little angry with me," Haysbert said with a laugh. "He was well known for his arm, so he was throwing batting practice, and I think the first pitch he threw me, I hit it out."

Haysbert enjoyed his work in the movie enough that he joined an adult league afterward.

One actor who didn't have much baseball experience was Wesley Snipes, who played speedy outfielder Willie Mays Hayes. He was a quick learner, though.

"He actually learned how to hit popups, and that is not easy. That catch that he makes leaping up over the fence - he actually made that catch. It wasn't a hit ball. Yeager was throwing the balls," Ward said. "You will notice that you never see Wesley throw the ball in the movie. The hardest thing to learn to do if you've never played baseball is to throw it - and to throw it with any kind of a motion that looks natural. He couldn't throw."

Hayes slides in with the winning run in the movie's last game. That close play at the plate required a few takes, since the timing had to be just right.

"We must have ran it three or four times. I know he had a big strawberry," Yeager said. "I went and asked David, 'If you can get all the cameras, get them out there because he's probably got one good slide left in him.'"

There's a careful balance in the movie between comedy and believability, and by the end, there's real drama when the Indians host the Yankees in a one-game playoff in a packed ballpark. That scene was filmed in Milwaukee - Ward said Cleveland's cavernous Municipal Stadium was so big it would have been hard to make it look full.

County Stadium, then the home of the Brewers, looked similar enough to the Cleveland park, and the crowd gave actors a brief chance to experience what it's like to be a big league ballplayer.

When Vaughn comes into the game, the movie certainly foreshadows a future trend. Nowadays, it's common for relievers to have their own songs. A couple years ago, MLB.com traced that phenomenon back decades. In the 1970s, for example, the Yankees would play "Pomp and Circumstance" for Sparky Lyle's entrance.

The scene with "Wild Thing" is similar to what happens today - up to a point.

"The girls dancing on top of the dugout, I didn't tell them to do that," Ward said. "They just did it."

There's another remarkable moment in that final game, when Cerrano homers to tie the score and then carries his bat with him all the way around the bases.

"That was in the script. I felt really weird about doing that, because that doesn't happen, and I'm a realist," Haysbert said. "I'd get thrown out of the game."

But maybe Cerrano was ahead of his time. In last year's World Series, Houston's Alex Bregman ran all the way to first base with his bat when he hit a homer, and then Washington's Juan Soto responded by doing the same on one of his home runs.

For Ward, part of the enduring legacy of "Major League" is its entertaining characters. That's taken to an extreme in the movie for comedic effect, but he mentioned Bryce Harper, Francisco Lindor and Yasiel Puig as a few players in today's game who put their personalities on display.

"Baseball is looking for guys who are a little more flamboyant, and of course 'Major League' is full of them," Ward said. "We went into this sort of conservative period with baseball where you weren't supposed to show any emotion about anything, but I think we're coming out of that, and I think we're going to see a more colorful game, with more colorful players, and players who aren't afraid to show that they're enjoying the game."