Effects of COVID-19 felt by nonprofits 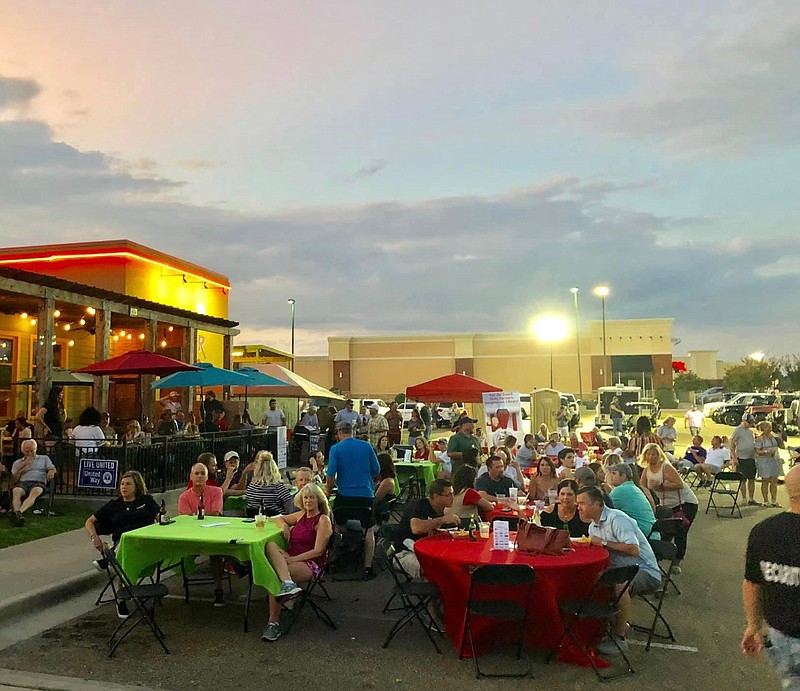 A crowd gathers for last year's Battle on the Border concert. (File photo)

The tidal wave of implications caused by COVID-19 has been felt by organizations across the country, with the trickle-down effect of layoffs and local event cancellations hitting nonprofits hard.

Local nonprofit organizations like Alzheimer's Alliance, HandsOn Texarkana, United Way of Greater Texarkana and Domestic Violence Prevention Inc., to name a few, have had to sustain financial setbacks due to COVID-19 regulations and ramifications.

HandsOn Texarkana, the Volunteer Center had to cancel their fifth annual Dragon Boat Festival in May, which drew over 10,000 people to Bringle Lake Park last year.

According to HandsOn Executive Director Kathey Graves, this sole event accounts for around a fourth of the organization's annual budget.

Graves said the event has become ingrained in the fabric of the Texarkana community.

"The Dragon Boat Festival draws in about 10,000 people from the community every year," Graves said. "The boats involve at least 20 different companies or corporations that put together teams to race. So it's a great community event, in addition to it funding the programs for HandsOn, like our youth program, senior transportation program, skilled parenting program and disaster preparedness."

Graves said they initially tried to reschedule the event for September 2020, but after the Coronavirus numbers didn't improve, it was cut for the year.

"People look forward to it every year," She said. "We were extremely disappointed that even after rescheduling it for September, we had to completely cancel it."

This reality makes it even tougher on nonprofits who aren't being supported as much by their normal contributors, due to furloughs and temporary closures by businesses.

"On the income/pledge/donation side, we are looking at a shortfall," Bledsoe said. "Some of our largest supporters had to furlough employees, reduce operation hours and terminate temporary workers; this in turn has affected our monies which are available to fund future programs."

United Way's top contributor, Cooper Tire and Rubber Company, had to furlough employees for a month. Their second-leading contributor, Christus St. Michael Hospital, saw an even longer furlough period and had to reduce their staff, while top 10 contributor Mayo Manufacturing saw a temporary closure.

"The list goes on and on of businesses that are friends to area nonprofits, that had to scale down to concerns caused by the pandemic," Bledsoe said. "Unfortunately, this could equate to a 20-25% reduction in pledges."

The United Way also will take a huge blow from the cancellation of the Live United Texarkana Bowl, which is expected to be nixed due to the NCAA's restriction on Division II and III championship games.

"We're going to need help big time this September with a campaign kick-off to recover from these losses," Bledsoe said.

According to Dennington, about $10,000 is usually raised from the event every year to help cover costs for whatever grants don't pay for.

Similar to United Way, Domestic Violence Prevention Inc. has even more of a demand from the public for assistance than usual, but with less money from sponsorships and contributions.

Luckily, some help has still been given, so they can continue to serve.

"Our numbers are up about 30 percent, as far as shelter stays and domestic violence numbers," Dennington said. "With that said, we've had some community support from people who have really stepped up. Tyson"s Food has helped us and the Elk's Lodge has helped us, among others. People are still helping but the need has increased."

Opportunities Inc., an organization that assists children and adults with disabilities, has had their main campus closed since March 16.

They are just now starting to re-open in phases.

"While there is no doubt that COVID-19 has disrupted our routine and care for our most at-risk citizens, we will maintain our vigilance and tradition of rising to the challenge," Executive Director Sherry Young said. "As we welcome clients and staff back to campus, we are transitioning to a new normal."

Opportunities' three major events - Golf Tournament (September 14th), Brewery Benefit (October 11th), and Autumn Luncheon (November 5th) - are still planned to happen, but they are considering new information about the virus every day to see if that remains a prudent decision.

The Twice as Fine Texarkana Wine Festival, perhaps one of the biggest events of the year in Texarkana, is still scheduled to occur October 10, but the decision is still up in the air.

According to Executive Director Terrie Arnold, it will be a huge blow to their organization if the festival is cancelled.

Every penny from the wine festival is raised to use locally for Alzheimer's Alliance and Our Place Day Respite Care Center.

Arnold said a decision should be made by the end of the month of August on whether or not they will proceed with the event.