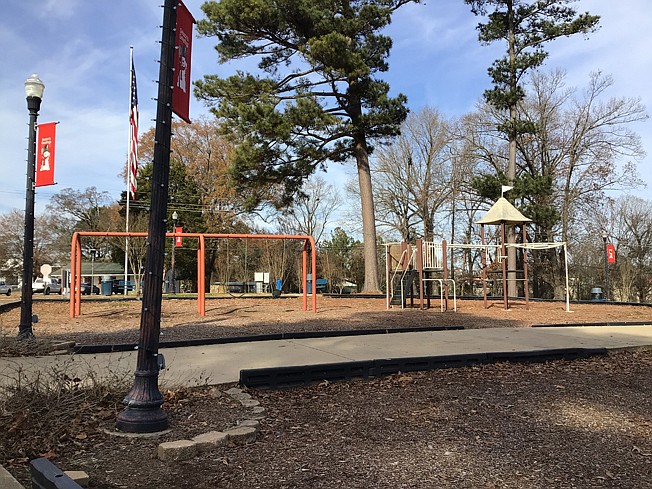 A splash pad will be added to Herman Dierks Park in De Queen, Arkansas, as part of Pilgrim's Pride Hometown Strong program.

The money is part of the company's Hometown Strong Program where Pilgrim's works with community leaders to determine where funds could best help meet immediate and longer-term community needs.

The state-of-the-art splash pad will provide outdoor entertainment for the community, and construction will begin in the first quarter of 2021, according to officials.

De Queen Mayor Jeff Brown said he learned the city was getting the splash pad from the manager of Pilgrim's De Queen/Nashville complex.

"I was visiting with Eddie Halter and he asked me if we had any plans or projects we were working on. I told him I would like to build a splash pad, that it would not only benefit people in the community but people passing through, and a couple of weeks later he called me back and told me we were getting it," Brown said. "I was shocked."

In all, Pilgrim's is investing $715,000 in De Queen through the Hometown Strong program. The company is also funding a one-mile walking trail on the campus of Sevier County's new hospital.

The trail will provide landscaped and lighted outdoor space for hospital staff, patients, visitors and the broader community.

Brown said new playground equipment for Herman Dierks Park is already in the city's budget so the addition of a splash pad will help create a 'totally revamped park."

He said the city hopes to receive bids on the project in the first quarter of the new year and hopes to have the splash pad ready to go by summer.

"We believe this project will allow our team members and neighbors to enjoy a fun outdoor recreation activity and provide a place for families and friends to come together and socialize," said Halter in a news release. "Supporting projects that help improve the quality of life for our community is something we are very passionate about at Pilgrim's and we're grateful our Hometown Strong program is making this possible."

Brown said Pilgrim's is a "great corporate citizen that goes above and beyond for the community."

" We are thankful for this donation as it will ensure that families have the opportunity to spend quality time together for decades to come," he said.

The Pilgrim's De Queen/Nashville facility employs more than 1,400 people with an annual payroll of more than $53 million. The facility supports 238 growers, paying them more than $36 million per year for their livestock. Consistent with its long-term commitment to the local economy, the complex has invested more than $134 million in capital improvements over the last five years.

Pilgrim's operates more than 30 meat poultry and prepared foods facilities and employing 31,000-plus people in the United States. Nationally, the Hometown Strong initiative represents a $20 million investment from Pilgrim's, which is part of a $50 million nationwide contribution from JBS USA.