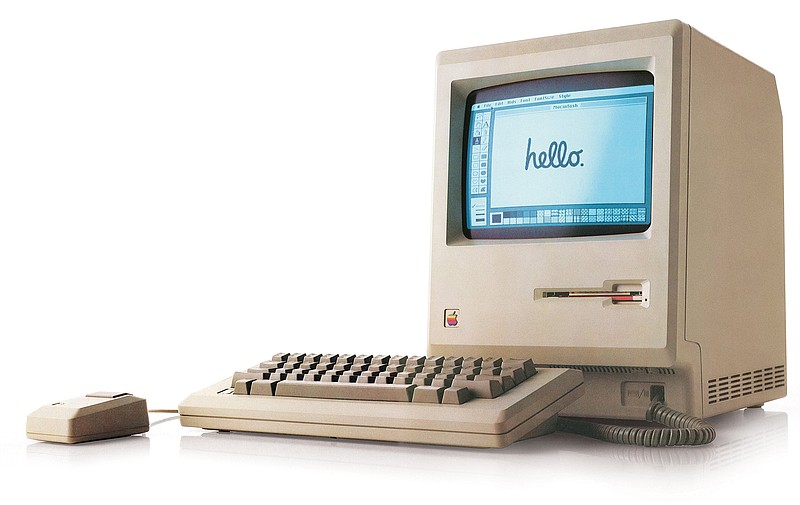 The Super Bowl is nigh again, which means the annual rodeo of Super Bowl TV commercials.

As I've written in the past, the idea of convincing people that they should watch the Super Bowl telecast for the commercials is the National Football League's most brilliant marketing stunt ever.

That's because it inoculates the telecast from viewer abandonment if the game is a low-scoring yawner or a high-scoring borefest.

It draws in viewers who have no interest in football. Blowout by halftime? There are still 2 { hours of ads, right? It provides secondary grist for newspapers and TV talk shows in the week before the game, and another bounce in the week after, when the talk shows turn to reviewing the ads we saw on Super Bowl Sunday.

This year the buzz is about big-money ad buys by billionaire presidential candidates Michael Bloomberg and Tom Steyer. The star of the show, however, is said to be a golden retriever who beat cancer thanks to the veterinary school at the University of Wisconsin. The school will be featured in the commercial, but so will WeatherTech, the auto accessories firm whose CEO owns the dog.

The other commercials have been "leaked" to the press, as some stories put it, but that's a joke. "Leaked," as in disclosed without the permission of the sponsors? Any ad exec who can't get his commercial mentioned in the countless pregame rundowns will be looking for another job on Monday.

The truth, of course, is that the annual competition for an eye-catching commercial is all in vain, because the battle was won 36 years ago. There's only been one truly great Super Bowl commercial, and it was produced for Apple, which used it to introduce its original Macintosh computer.

The year was 1984, and Apple made the most of the Orwellian resonance of "1984" by portraying its product as a piece of liberating technology. The ad was a milestone, not only because of its narrative vigor, but because it actually was responsible for turning the telecast into an annual marketing tournament.

If you haven't seen it, the commercial begins in gray, with an army of drones marching into an assembly as a Big Brother figure harangues them from a towering screen.

The scene is intercut with shots of a blond woman in a white tank top and bright red shorts on the run, carrying a mallet, pursued by storm troopers. She bursts into the assembly and flings the mallet at the screen, unleashing an explosion and a blast of fresh air, as a voice-over reads the text of a product launch scheduled for two days hence: "On Jan. 24, Apple Computer will introduce Macintosh. And you'll see why 1984 won't be like '1984.'"

I first wrote about the stature of the ad six years ago, on its 30th anniversary. That original column is reproduced below, in updated and edited form.

Apple's "1984" ad ran in its full 60-second length only once on national television - during the third quarter of Super Bowl XVIII, on Jan. 22, 1984. (It had been shown a month earlier on a TV station in Twin Falls, Idaho, to preserve its eligibility for advertising awards, and subsequently in some movie theaters along with trailers.)

Directed by Ridley Scott, who already had "Alien" and "Blade Runner" under his belt, this is the ad that created the Super Bowl's annual commercial frenzy that today bores so many of us silly.

Ever since, ad agencies and their clients have been trying to top it, but no one has come close. Instead we've gotten more than three decades of (let's face it) lame disappointments - emotional ads, sexy ads, animated and live-action ads, glossily professional and do-it-yourself ads and ads that give new meaning to the term "not really funny."

Judging TV commercials by their artistic content is often an exercise in condescension, but there's no denying that Ridley Scott's product is a marvel of concise storytelling.

As veteran Apple historian Owen Linzmeyer reported in his book "Apple Confidential 2.0," the baldheaded drones in the cast were recruited from real-life British skinheads. The rebellious blond was a British discus thrower named Anya Major, chosen because she could spin around to launch her liberating mallet at Big Brother without getting dizzy.

The producers debated whether to give Big Brother a speaking role, but Scott insisted. Apple long denied that the figure was intended to represent its domineering competitor IBM, but Linzmeyer wrote, "Decide for yourself." The harangue goes, in part:

"My friends, each of you is a single cell in the great body of the State. And today, that great body has purged itself of parasites. We have triumphed over the unprincipled dissemination of facts ... .and the poisonous weeks of disinformation have been consigned to the dustbin of history ... .For today we celebrate the first, glorious anniversary of the Information Purification Directive ... .Our Unification of Thought is a more powerful weapon than any fleet or army on Earth ... .Our enemies shall talk themselves to death. And we will bury them with their own confusion."

Prior to its airing, the commercial was championed by Steve Jobs, doubted by Apple CEO John Sculley (who had been imported from PepsiCo to serve as adult supervision for the youthful company), and hated by the board of directors.

Despite the board's opposition, Apple's marketing executives made the final decision to keep their one-minute buy for the Super Bowl telecast, which would be a veritable festival of home-computing commercials: Apple's air time was shoehorned among ads for PCs from Radio Shack (pitchman: Bill Bixby), Atari (Alan Alda) and IBM (Charlie Chaplin's Little Tramp).

The IBM PC and its clones soon came to dominate the home and office computer market, but Apple's "1984" commercial still reigns as a marketing milestone.

For 36 years Madison Avenue has been trying to emulate it, match it or outdo it, and failing every time. But trying to recapture the magic of a unique artifact is a mug's game. There can be only one "1984" ad, just as there can be only one Hoover Dam or one Eiffel Tower. Everything else is a copy.