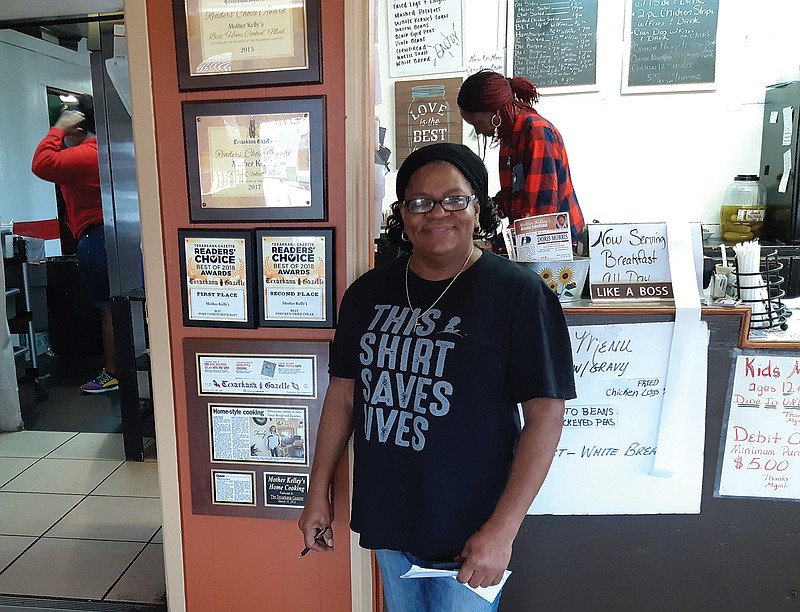 TEXARKANA, Texas - Mother Kelley's Home Cooking, serving home-style food on Texas Boulevard for eight years, is pulling up stakes and moving to a new home, the place formerly occupied by MeoMyo's Cajun Cafe (now in its new location on Jefferson on the Arkansas-side). According to Shelia Sutton, owner of Mother Kelley's, she's realized they needed to find a new place for awhile. It just took time to find the right one.

"We wanted to go to State Line, as that would be a better place for the business," she said. "But we had been looking for a space for about a year and nothing right was available, until now." Previously, the space had been available, but at the time, it was not right. But since then, changes had been made to the facilities that made Sutton change her mind. "The kitchen has had alterations made. The landlord who owns the space knew we were interested at one time. So when MeoMy's decided to move, they let us know that it would be available. We took them up on it really quickly this time, thanking the Lord the whole while, hallelujah!," she said.

"We also now do breakfast all day," she said.

Some customers have expressed concern about less parking space at the new location, but Sutton believes they can work around that.

"We will have a bigger, better kitchen and more indoor dining space," she said. "We need that. Also, we will have a drive-through window in the new place, so that will also help."

Mother Kelley's new location is scheduled to be open Feb. 3.

"Our secret to the goodness of our food is love. Cooking with love," she said. "And I have to give God the credit for it all working out."