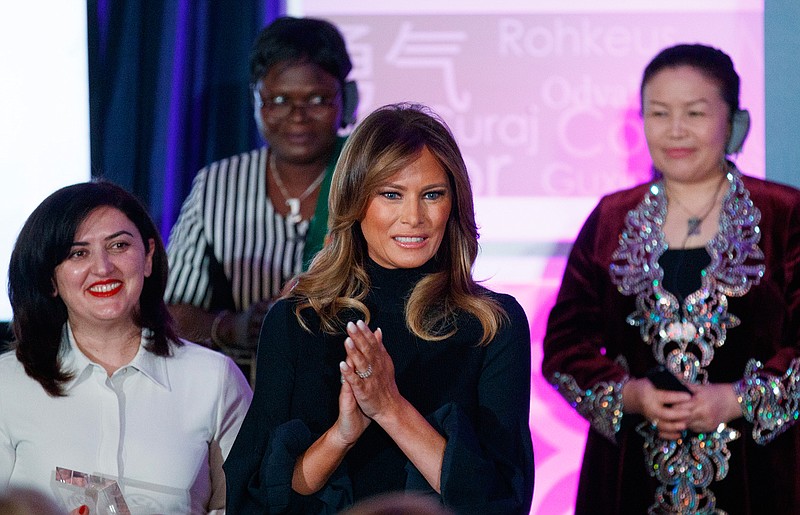 First lady Melania Trump arrives for the 2020 International Women of Courage Awards Ceremony at the State Department in Washington, Wednesday, Feb. 4, 2020. Also on stage from left are Shela Umbatova of Azerbaijan, Claire Ouedraogo of Burkina Faso, and Sayragul Sauytbay, of China nominated by Kazakhstan.(AP Photo/Carolyn Kaster)

WASHINGTON - Melania Trump honored a group of women from around the world whom the State Department has recognized for acts of courage in their countries Wednesday.

One recipient was imprisoned in Syria and now helps families of forcibly disappeared Syrians. Another is the mayor of Maidan Shar, a town in Afghanistan's conservative Wardak province, who has faced death threats and angry male mobs. Other recipients are journalists and human rights advocates.

Mrs. Trump noted that Wednesday was her fourth year attending the  the annual State Department ceremony. She said she is inspired by the personal stories of each of the women. "These are the faces of true heroism," she said.