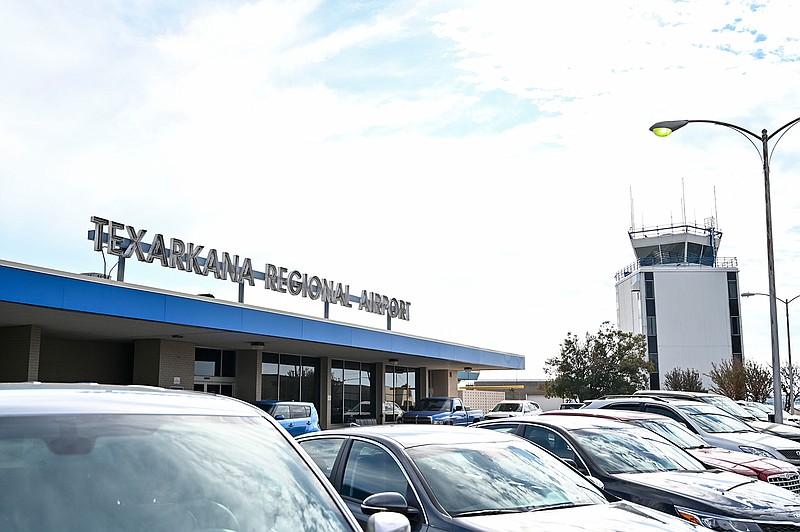 Texarkana Regional Airport is seen on Nov. 20 in Texarkana, Ark. The airport is getting a new terminal and a flight training school will be built. Dr. Kenny Haskins, the Arkansas-side city manager, anticipates even more growth to come for the airport and the rest of the city.

The airport is projected to lose about $400,000 in operating revenue this year, owing in large measure to the pandemic's slowing of commercial passenger business and general aviation activity, said Airport Director Paul Mehrlich. The layoffs and an increase in fuel flowage fees are expected to mostly offset those losses, he said.

The decision was made at Thursday's Airport Authority meeting.

The positions eliminated include two night security personnel, one firefighter, one field technician and an administrative assistant.

Mehrlich added that the potential $400,000 loss would amount to about a 30 percent drop in the airport's projected overall $1.3 million operating budget this year.

This loss would be spurred by an anticipated 54 percent collective loss in four separate incomes the airport business generates at large. These include money generated by car rentals, parking fees, landing fees and jet fuel and aviation fuel purchases made by general aviation aircraft (fuel flowage).

To counter the effects of the revenue loss, board members considered approving a 2-cent increase in payment per fuel flowage gallon for general aviation flyers.

This proposed increase would bring the airport's current fuel flowage fee per gallon up from 7 cents per gallon to 9 cents per gallon. However board members agreed to table the measure for further study. It will be reconsidered at next month's board meeting, set for April 2

In other business, board members approved a three-year agreement with the Oregon-based Sixel Consulting Group, an air service consulting firm that will advise the airport on potentially bringing in a second commercial air passenger service.

This could add other flight destinations to the airport's flight schedule in addition to the current service of American Airlines flying to and from Dallas. The airport now has two flights to and from Dallas each day, except on Wednesdays.

Earlier this month, airport officials announced putting a four-month hiatus on American Airlines' landing fees to keep the airline flying into the Twin Cities. The move was made as an incentive to keep the commercial airline in Texarkana.