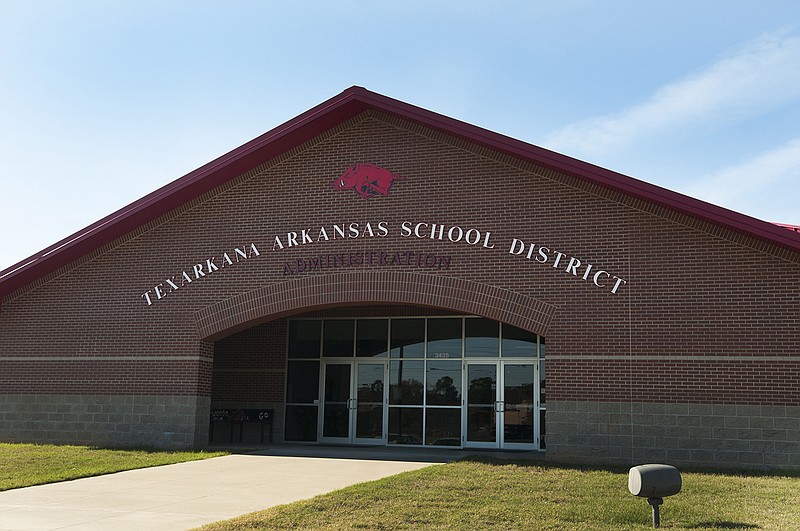 TEXARKANA, Ark. - The Texarkana Arkansas School District Board of Trustees approved the purchase of furniture and Promethean boards for Arkansas Middle School in a special meeting Wednesday night.

The board's approval of bids for furniture, trash cans and Promethean boards are all for Arkansas Middle School, which is currently under construction and is slated to open in the spring of 2021.

The first bid approved was for student desks, chairs and computer tables from Ledwell, for $353,432.80.

This was not the lowest quote offered, which was from Virco, but Magnet Grant Coordinator Rachel Scott said the quote from Ledwell better met the specifications they were looking for.

"The reason why Ledwell is the recommendation - it matched the expectations most closely," Scott said. "That was one of the items where there was a specific desk preference. Virco did not quote that item. But these desks are ones that can be put together if we needed to have a group setting, where they can be used separate."

Scott said there is no requirement to report spending grant money when the lowest bid isn't accepted, because the quote did not meet the specifications.

Overall, this was the most expensive purchase approved. Funding will come from the magnet grant and district funds.

The purchase of 61 Promethean boards, 61 mobile stands, required cables and installation from Synergetics will cost $169,476. This will also be funded by the magnet grants

Other approved bids for Arkansas Middle School, with funding coming from the magnet grant, include:

$43,686 for student desks, chairs and lab stools for science classes from Ledwell.

$12,379 for large/small trash cans and general storage from Firmin's.

Lastly, the board approved the renewal of the JMAF Pro Suite from CDW-G for $12,518. JMAF manages the growing number of iOS devices (iPads, iPods and iPhones), as well as Apple computers and laptops in the district.