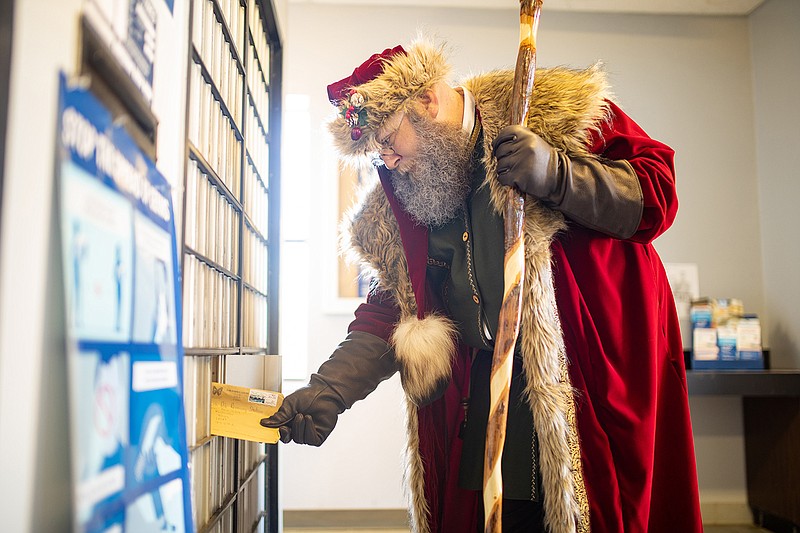 Allan McEneaney, or Santa McEneaney, pulls a letter from his P.O. box. Mc Eneaney is offering children around the world a virtual one-on-one Santa experience, where children can send letters to his P.O. box and he will arrange a short video call with the children to go over their list.

Not every Santa Claus doubles as a tattoo artist with an Irish brogue, but Allan McEneaney does.

Call him Santa McEneaney, if you will, and kids, you can reach him at the North Pole Receiving Station, P.O. Box 557, Redwater, Texas 75573.

Write him a letter detailing everything you want for Christmas and this Santa shall reply, only it will be a special video call to reach kids no matter where they are.

In our pandemic age that still needs the magical holiday spirit of giving, consider this one way Santa can hear what the youngsters desire but in a socially distanced way: a good, old-fashioned letter and a video chat.

This Santa has gone virtual to deliver the cheer. 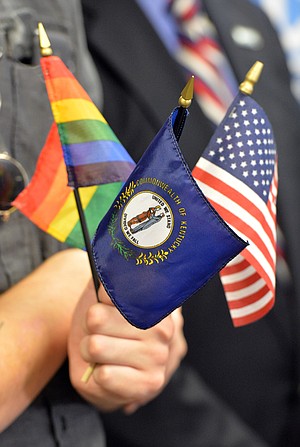 "Basically what we're doing is a couple of the kids that we see and we know, like my family's kids and stuff, were all asking because of COVID, 'Is Santa Claus going to make it to my house?'" McEneaney said.

How could he turn this Christmas into a holiday that provides a bit of magic? That was the question, and this Santa wants to keep that authentic holiday spirit alive.

"That feeling that we used to get as children is fading away. Christmas isn't the way it used to be before online and social media and all that stuff," McEneaney said. Kids either don't believe or don't grasp it, he says.

But last Christmas, he was Santa for Harley-Davidson here, and after he was done he ventured out to the department store, still sporting a white beard, to get presents for family. In his regular clothes, he still looked the part. 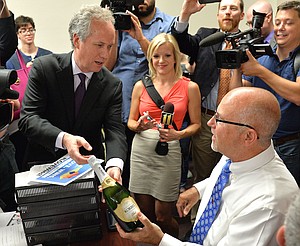 "I was standing in line at the checkout and there was this little girl in front of me. She was about 6 years old. She said, 'You look like Santa Claus.' She looked at my buggy and there was nothing in my buggy but toys," McEneaney said.

"I said, 'Well, how do you know I'm not Santa Claus?'" he said. To which she retorted, let's see the suit. On his phone, he had just that photographic evidence, which inspired in her a wide-eyed expression. Then when they left, he told her goodbye, using her name. Further magic was made.

So, children can write letters to Santa, but when they do so the parents somehow mark on the list the gifts they could get and what they couldn't get. This way, Santa can provide the parents cover.

"Any of the disappointment that is aimed towards the parents because they couldn't get a certain thing, I'm going to tell them in person so it's going to come from me. So the parents get off the hook," said McEneaney, who's received letters from Ireland, England, California and Texas so far.

"This thing has gained legs and gone international," McEneaney said.

During the call, which Santa arranges with parents, he'll hold up the letter so the kids know it was the one they sent. "It made it to the North Pole," he said. 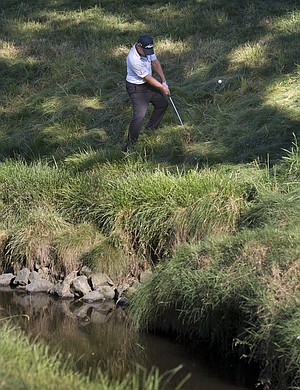 As Santa, he can manage many calls a couple of minutes long. He's arranging them for his days off. Parents should include their Facebook name or perhaps a phone number so he can schedule this kid-Santa chitchat.

There's no charge for all this, and if someone feels they want to pay he suggests donating to those who are going without right now, like a family or a homeless shelter.

"It's costing you the price of a stamp. That's it," Santa McEneaney said, adding, "It's a brilliant thing to have a physical letter. It's based on the belief system."

Kids will get to see their own handwriting in Santa's hands. And parents, just check off on this letter what you'll be able to provide and what you won't be able to give.

Even though the serious Christmas season is only now starting, he's received letters at his North Pole Receiving Station. He's also adopted a bit of a different Santa style than others.

"The fun thing about it is my suit doesn't look like your traditional Coca-Cola mall Santa. Kids look at it and they go, 'That's Santa Santa. That's not the mall guy.' All the guys wear the same suit. This is a different suit, but it looks exactly the way you'd expect it to look,'" McEneaney said. 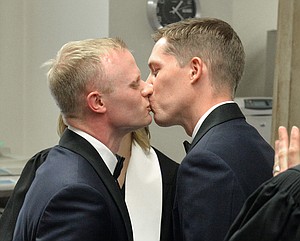 In a year that's been so tough with a coronavirus pandemic, he wants to bring something positive and exciting to the kids. Not a Norman Rockwell Christmas, but something good and happy.

"We're doing it to give that old magic again," Santa McEneaney said. "That old feeling of when people used to get excited for Christmas."