Texarkana in Top 25 for affordable living in U.S. 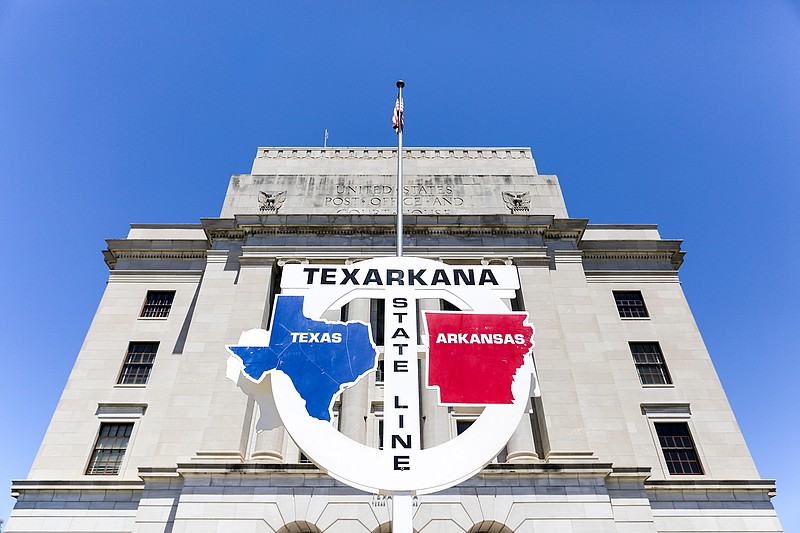 Photo Island is seen in front of the Downtown Post Office and Federal Courthouse in Texarkana.

TEXARKANA - When it comes to affordable living, Texarkana ranks as one of the top 25 cheapest cities in the U.S. to live in, according to Kiplinger's magazine.

According to the publication's Cost of Living Index released earlier this month, which measure such variables as the cost of housing, groceries, utilities, transportation and health care, along with assorted other goods and services, such as movie tickets and salon care, the twin cities comes in at No. 17 in the overall 25-city listing.

Research numbers show that both cities jointly share a cost of living percentage that ranks 13.4% below the national average for an overall area population of 151,675 residents.

Figures also show that both Texarkanas' median household income measures at $45,212, while the median home value comes in at $110,900. Meanwhile, local unemployment presently stands at 6.6%.

The national average unemployment stands at about 7.9%.

"The twin cities of Texarkana, Texas and Texarkana, Arkansas, make up some of the most affordable real estate to live in the U.S., especially when it comes to some of life's biggest expenses," the article by Kiplinger Writer Dan Burrows goes on to say. "Housing-related costs are about a third below the U.S. average."

Burrows' article goes on to cite local apartment rent to average $718 a month, while the national average rent amounts to $1,169. It also goes on to categorize local grocery items, utilities, health care and transportation as "significantly cheaper."

"A trip to the doctor in Texarkana, cost an average of $95," the article states according to the Cost of Living Index, while nationally, "a doctor's visit costs $115.67. Furthermore, "a dozen eggs will go for $1.28 in Texarkana vs. a national average of $1.45."

"This affordability rating makes us more attractive to families, industry and retiring senior adults when it comes livability," Bruggeman said. "Besides having more affordable mortgage and rent, we also have more affordable utilities: water, heating and electricity. All of this can potentially cause more people to move here. We also have very good quality of life attractions, like the Texarkana Golf Ranch and walking trails."

Bruggeman added that from a health care and education standpoint, Texarkana also has two hospitals, a smooth traffic flow and three university systems in the area for those seeking higher education.

"We also have some downtown revitalization going, with the refurbishing of the Hotel Grim and the Texarkana National Bank building, he added. "We are in a great spot."

As to the importance of a town's affordability when recruiting new business, Texarkana Chamber of Commerce President Mike Malone said there is direct evidence of affordability's value and need.

"At the Chamber, we have seen firsthand how important the town's affordability is when recruiting new businesses," Malone said. "For businesses, affordability can be directly linked to talent. Professionals looking to move to Texarkana, or stay in Texarkana, greatly consider the cost of living when planning their future."

"Housing seems to be the hot topic when discussing cost of living," he said. "For example, a young couple moving from Houston to work at an engineering firm here, can live in Texarkana for substantially cheaper costs, with a shorter commute, and possibly closer to family. Having professionals willing to locate or stay in Texarkana, is very attractive to business."

Arkansas-side Mayor Allen Brown said Texarkana's affordability may be news to others but it is not necessarily news around here.

"This is news that I believe residents have known for a long time," Brown said. "This information is also very timely because we have land available for more business location. This is a message we need to bring - not only to our current residents, but to future residents, who would like to live here."

Other cities in the ranking show Oklahoma City coming in at 16; Seguin, Texas at 15; Fayetteville, Arkansas, at No. 8; Conway, Arkansas at No. 7; and McAllen, Texas, in first place.

Rob Sitterley, CEO of the regional economic development group AR-TX REDI, said Tuesday that businesses looking to relocate or build here look first at workforce size and capability, and then at affordability.

"Utility costs are always a huge thing that a business needs to understand," Sitterley said. "We have some super low rates. Affordable housing? Always a big question."

The Kiplinger's index measured in 270 metropolitan areas, meaning Texarkana come in just outside the top 6%.

When he heard the news, Sitterley said he wasn't that surprised. "Last year, we were No. 22. on the list. I was happy to see we were trending even higher. It is a huge selling point for us."

(Kiplinger's is a publication that focuses on business forecasts and personal finance advice. It has been around for 100 years and is available both in print and online.)