HER | Jennifer Lewis: 'I believe people with disabilities can do anything' 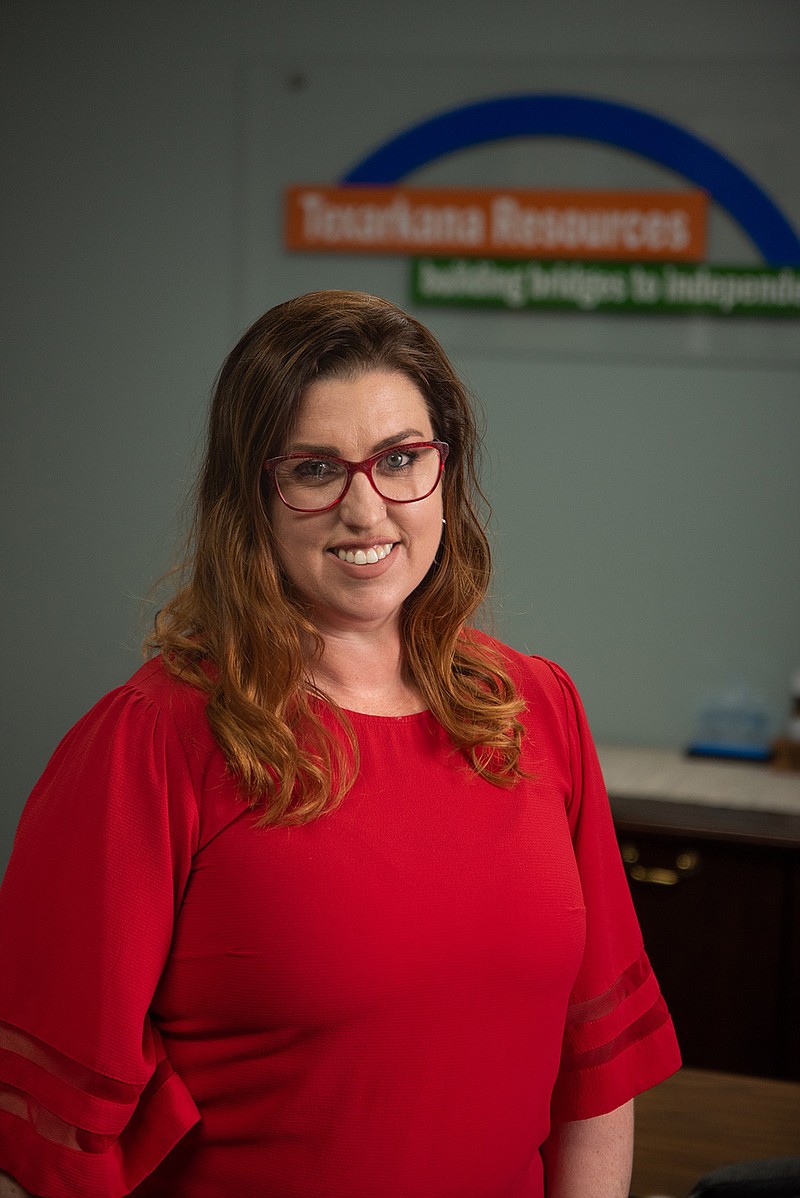 Jennifer Lewis, director at Texarkana Resources for the Disabled, in front of their logo on the wall in her office.

Jennifer Lewis is a wife, mother and champion for those with developmental disabilities.

Jennifer has been the executive director of Texarkana Resources for the Disabled for nearly five years. It's an organization that provides vocational and life skills training to adults with developmental disabilities for the purpose of helping them achieve their potential.

"We train and employ adults with developmental disabilities," Jennifer said. "Our goal is to help them to live their lives to the highest level of self-sufficiency and independence possible."

Jennifer said she believes that people with disabilities deserve the same opportunities as anyone else, and she has been working very hard to help others in the community understand that.

"I'm an advocate before anything else," she said. "I believe in the abilities of people with disabilities. Advocacy is the most important thing

"I believe that people with disabilities are capable of doing anything anyone without a disability can do. I believe they can work, live independently, get married, have fulfilling relationships and friendships and do anything anyone else can do to have a good quality of life."

She advocates for them to have the same rights and choices as everyone else.

Texarkana Resources sees many of its clients go on to hold jobs in the community. One man left the agency and went to work for Cooper Tire where he's been for the past three years.

"That's a big success story when you have someone who's able to transition out into the community," she said. "Our goal is to get every person, who wants to work in the community, community integrated employment. It means that they're working out at a job like anyone else would, that they're not segregated because they have a disability. They're working beside you and I, and being valued for their ability."

When someone at Texarkana Resources is ready to transition to another job, the team at the agency evaluates that person on their strengths, skills and interests and then works to find an employer that matches up well.

"We had one young lady that was interested in working with animals, so we found her employment at a vet clinic," she said.

Jennifer said she wants businesses to know how they can benefit from hiring a person with developmental disabilities.

"The retention rate for employees with developmental disabilities is over 80%," she said. "A business won't have a high turnover rate if they hire a person with disabilities. They are actually beneficial for a place of business. It just takes educating businesses about that."

Jennifer, who has a bachelor's degree in criminal justice and political science and a master's degree in arts, education and human development, took a winding road to end up here. She worked law enforcement for five years before transitioning into her current career.

"In law enforcement as a crime scene investigator, I was helping after something terrible had happened. I realized that I wanted to be in a position to help keep those bad things from happening," she said.

Her interest in working with people with disabilities started at a young age.

"When I was in high school, my senior year I was a teacher's assistant for a special education class. That teacher was really influential," Jennifer said. "She brought out in me that I was good at working with people with disabilities and I was able to see their potential and it has just kind of grown from there."

In addition to her work at Texarkana Resources, Jennifer is a member of the Kiwanis of Texarkana and has participated in the annual Stuff-the-Bus effort that provides backpacks and school supplies to underprivileged children.

So how does she balance all the demands pulling on her?

"I don't balance it. It's hard but it's about just being intentional," she said. "I don't feel like I ever stop or slow down and some days I don't do the best job. I have to take a step back and re-evaluate my priorities."

You also have to let go of the small stuff you can't control, Jennifer said.

"Being the mom of two young children, a wife and an executive director of a nonprofit, it's a lot. And I'm not ashamed to say that," she said. "But if you care enough about something you make the time for it." n