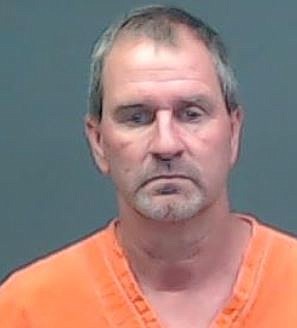 NEW BOSTON, Texas -- A convicted sex offender was indicted by a Bowie County grand jury Thursday for seven felonies connected to the alleged sexual abuse of two boys at a house in New Boston.

Johnson was convicted in 2008 of sexual misconduct involving boys in North Carolina, according to testimony given at a bond hearing for Johnson last month.

Johnson was arrested Nov. 3 by the New Boston Police Department on a charge of aggravated sexual assault of a child involving the 13-year-old boy. He was released from jail the following day after posting a $150,000 bond.

Within hours of his release, Johnson was arrested on two counts of sexual assault of a child involving the 16-year-old boy. Bail on those charges is set at $150,000 apiece.

Bowie County District Attorney's Office investigator Aaron Ragland testified at the November bond hearing that during the hours between his release from custody Nov. 4 and arrest on new sexual assault charges the same day, Johnson allegedly disposed of a bag of potential evidence on property in Bowie County. Ragland said the bag contained, "sex toys, lubricant, things of that nature," under questioning by First Assistant District Attorney Kelley Crisp.

Johnson's bond on the initial charge of aggravated sexual assault of a child was revoked by 202nd District Judge John Tidwell in light of the evidence tampering allegations and Johnson is now being held without bond in the Bowie County jail.

If found guilty, Johnson faces five to 99 years or life in prison on each of the four counts of aggravated sexual assault of a child. Johnson faces two to 20 years in prison if convicted of either count of sexual assault of a child. The indictments allege Johnson committed sex crimes in Bowie County with a previous conviction for a sex offense. That means Johnson could face an increased minimum punishment at sentencing if convicted.

Johnson faces two to 10 years in prison if found guilty of tampering with evidence though the punishment range could be enhanced because of a prior felony conviction.