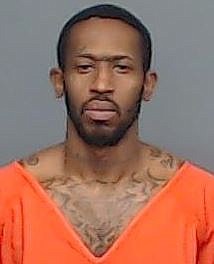 TEXARKANA, Texas -- A Texas appellate court has affirmed the life sentence assessed a man who robbed a Bowie County convenience store of $78 dollars.

A Bowie County convicted Kendrick Lamar Hill, 34, in March of aggravated robbery in connection with a 2019 holdup of EZ Mart in Nash, Texas, at a trial before 202nd District Judge John Tidwell. After hearing of Hill's extensive criminal history, the jury assessed a maximum life sentence and a maximum fine of $10,000.

On appeal, Hill argued that the BB gun pistol used during the robbery wasn't a deadly weapon as defined by law. The 6th District Court of Appeals rejected Hill's argument in an opinion issued Thursday upholding his conviction and sentence.

Hill was quickly identified by Nash Police Department investigators and a Bowie County canine officer as the robber after they viewed video surveillance of the Nov. 6, 2019, hold-up of the EZ Mart at 257 New Boston Road. Shortly before entering the store, Hill struck up a conversation with Lt. Kerry Manning of the Bowie County jail.

Bowie County Sheriff 's Office Deputy Johnathan Matlock went to Manning's home in Nash and asked if he remembered who it was he'd chatted with in the EZ Mart parking lot. Manning, who has worked at the jail for 27 years, knew Hill from Hill's frequent stays at the Bowie County jail.

A video of the robbery was played for the jury.

Hill entered the store shortly after 11 p.m. wearing a black hoodie with the hood pulled up. He waits in line as another customer checks out and other patrons can be seen milling about the store in the background.

When Hill reached the counter he set down a drink and other items and quickly brandished a black pistol and begins screaming at the only employee on duty. At trial, an investigator with the Nash Police Department testified that the BB pistol is capable of blinding a person.

In the opinion affirming Hill's life sentence, the higher court referred to case law involving a robbery in another location which was carried out with a BB gun.

"This criminal history tells you what he does when he's given another chance," Richards argued at trial. "He throws it right back in our face."

Hill is currently being held at the Wynne Unit of the Texas Department of Criminal Justice in Huntsville. TDCJ's website lists Hill's parole eligibility date as Jan. 15, 2050.