Two dead, one injured in shooting at an apartment on West 13th Street in Texarkana 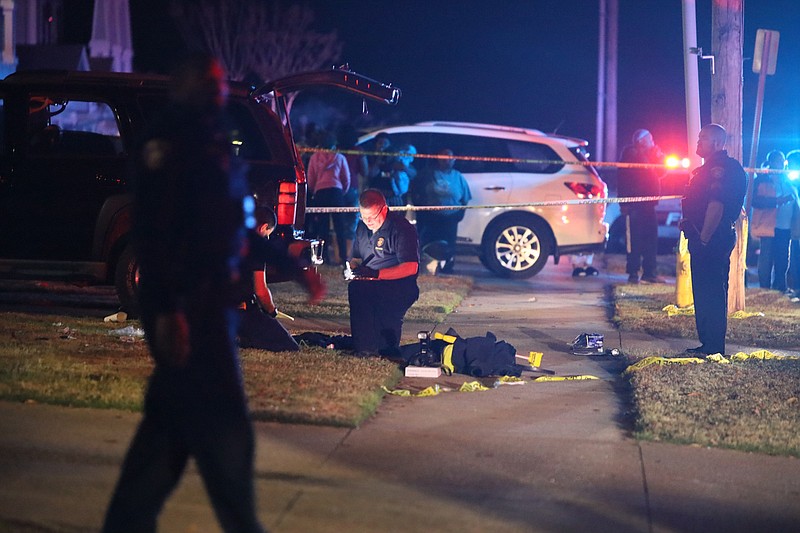 Police respond to a shooting at an apartment complex Dec. 13, 2021, in Texarkana, Texas. (Staff photo by Danielle Dupree)

TEXARKANA, Texas — Two men have been killed and one injured in a shooting at a Texarkana public housing complex.

One man was dead at the scene and two others were transported to local hospitals in critical condition, Vaughn said. One of the men taken to the hospital died shortly after arrival at the hospital

The call came in to police as an “unknown problem,” Vaughn said. When police arrived, they found one man outside the apartment and two inside.

“It’s still really, really early in the investigation,” Vaughn said. “Detectives are working to figure out what happened and identify whoever is responsible for this.”

The victims had not been identified as of late Monday.

Print Headline: Two dead, one injured in shooting at an apartment on West 13th Street in Texarkana