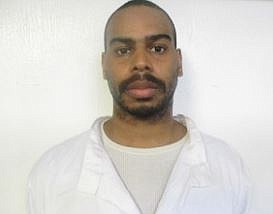 TEXARKANA, Ark. -- Issues surrounding competency continue to delay a resolution to the case of an Arkansas prison inmate accused of beating a correctional officer to death at the Miller County jail five years ago.

Tramell Mackenzie Hunter, 32, faces a possible death sentence if convicted of capital murder in the Dec. 18, 2016, death of Lisa Mauldin. Hunter is charged with battery of a peace officer for injuries sustained by a second female correctional officer the same day in the kitchen of the Miller County jail in Texarkana, Arkansas.

Hunter allegedly beat Mauldin to death with his hands before attacking her co-worker as she entered the kitchen.

Early on in the case, Hunter was deemed by mental health experts to be unfit to stand trial. In July 2019, officials at the Arkansas State Hospital concluded Hunter is competent and may have been faking symptoms of mental illness, according to records. Prior to that evaluation, Hunter was deemed unfit to proceed to trial following an initial mental evaluation in early 2017 and in subsequent evaluations, including one from a defense expert in September 2020.

A final competency hearing was rescheduled from earlier this month to a date yet to be determined. A motion filed Tuesday by Prosecuting Attorney Chuck Black explains that both experts for the state and defense want to re-evaluate Hunter because of the amount of time that has passed since the previous evaluations.

Black's motion notes as well the role the pandemic has played in causing delays.

At the time of Mauldin's death, Hunter was assigned from the Arkansas Department of Corrections to the Miller County jail as part of a program that puts inmates serving prison sentences in local lockups. Hunter is currently being held in the Varner Supermax Unit in Gould, Arkansas, where he is serving time for aggravated robbery and domestic battery involving his mother.