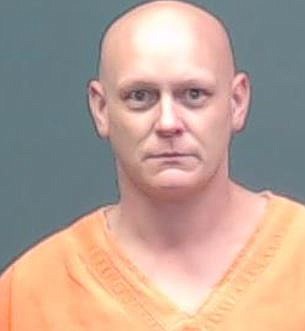 TEXARKANA, Texas -- A family friend of a Texarkana couple is accused of secretly recording their 11-year-old daughter in the bathroom.

Jarrod Wade Dee, 36, has been charged with invasive visual recording in Bowie County. Dee allegedly lived in a mobile home on the same property in Texarkana, Texas, as a couple and their 11-year-old daughter, according to a probable cause affidavit.

The girl's father reportedly told investigators with the Bowie County Sheriff's Office that he has known Dee since elementary school and that the two have been friends "all of their adult lives." While Dee lived behind the couple's home in a trailer and did not have a key to their house, he was allegedly free to come and go when they were home to do laundry.

The couple found a digital recording device hidden under a bathroom cabinet Dec. 5. They removed the SD (secure digital) card from the device and put it into a home computer.

"The video appeared to depict Mr. Dee attaching the camera to its location under a cabinet in a bathroom," the affidavit states.

Dee allegedly was at the couple's home when the recording equipment was found and "immediately left upon seeing it had been discovered."

Deputies who responded to the couple's 911 call attempted to make contact with Dee that day but there was no answer at his door and he did not appear to be at home. The SD card was turned over to an investigator with BCSO.

The next five clips allegedly show the couple's 11-year-old daughter entering the bathroom, disrobing, entering a shower, exiting the shower and getting redressed.

Dee is currently being held in the Bowie County jail with bail set at $40,000. If convicted of invasive visual recording, Dee faces six months to two years in a state jail.