Bail set at $100,000 for Texarkana woman accused of shooting another woman during fight 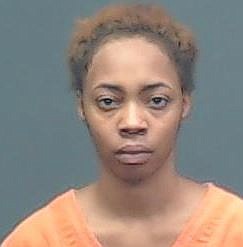 TEXARKANA, Texas -- A fight between two women in a residential Texarkana, Texas, neighborhood on Sunday ended with one in the hospital and another in the Bowie County jail.

Jacaria Lloyd, 28, is charged with aggravated assault with a deadly weapon and is currently in the Bowie County jail with bail set at $100,000. Lloyd allegedly shot a 30-year-old woman in the leg Sunday in front of a home in the 3800 block of Hazel Street, according to a probable cause affidavit.

When investigators arrived at the house, the woman who had been shot had been transported to a local hospital and patrol officers had Lloyd detained on the porch. An officer with the woman at the hospital reported that the woman thought she had been shot by a 12-year-old.

Lloyd allegedly told officers that she had recently moved in with her boyfriend at the Hazel Street house and that the woman had dropped off a child she shares with Lloyd's boyfriend earlier in the day. Lloyd allegedly had a .40 caliber handgun in her hoodie when the other woman returned.

If Lloyd is convicted of aggravated assault with a deadly weapon, she faces two to 20 years in a Texas prison.

Print Headline: Bail set at $100,000 for Texarkana woman accused of shooting another woman during fight