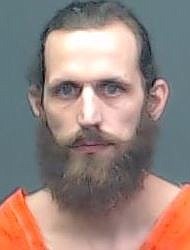 Robert Moilanen was most recently arrested Nov. 29 for injury to a child. At the time, he was free on bond on a charge of third-degree injury to a child involving the same alleged victim for injuries the child allegedly suffered on Christmas 2018 from being paddled and punched in the face, according to a probable cause affidavit.

Bowie County Sheriff's Office deputies were called to the Moilanen's home at 12:52 a.m., Nov. 10. The couple allegedly told deputies that the boy had punched Robert Moilanen in the groin, prompting Robert Moilanen to slap the boy. At about 2 a.m., deputies took the 11-year-old to a juvenile detention center and charged him with assault, family violence.

An investigator with the BCSO was assigned the case Nov. 16 and was informed that Child Protective Services had arranged for the boy to be interviewed at the Texarkana Children's Advocacy Center that day. Officials with juvenile probation and CPS allegedly told the investigator that the injuries the boy suffered Nov. 10 don't fit with the Moilanens' alleged account.

Photographs of the boy taken the night he was processed into juvenile detention allegedly showed swelling and cuts to the boy's nose, swelling of his upper lip, cuts to both lips, blood on his face and in his nose and two chipped front teeth.

"From my experience and training these injuries are not consistent with a slap across the face," the affidavit states.

The boy allegedly told a forensic interviewer that Robert Moilanen was making him pick up rocks from about 9 p.m. Nov. 9 until 911 was called at 12:52 a.m. Nov. 10. The boys was using a wheelbarrow to move rocks in the driveway and "got mad because he was tired."

The boy allegedly admitted that he punched Moilanen in the groin but was trying to hit him in the abdomen. Robert Moilanen allegedly responded by picking the boy up and slamming him to the ground, causing him to lose consciousness.

The boy allegedly reported numerous incidences of abuse at the hands of Robert Moilanen including being punched in his stomach and testicles, having a green nail placed beneath a fingernail and thrown.

The boy allegedly said Krista Moilanen takes Robert Moilanen's "side and acts like he is crazy."

Krista Moilanen has been charged with a single count of third-degree injury to a child by omission. She was arrested Dec. 16 and released the following day after posting a $150,000 bond.

Robert Moilanen is being held in the Bowie County jail. His bond in the case stemming from the alleged Christmas 2018 injuries has been revoked. 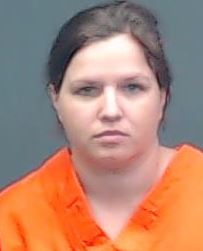