Counterfeit pills containing fentanyl but stamped to look like genuine prescription drugs such as opioids, tranquilizers and stimulants, are a growing problem — U.S. Drug Enforcement Administration by Lynn LaRowe | December 30, 2021 at 10:00 p.m. 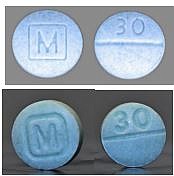 TEXARKANA, Texas -- Counterfeit oxycodone pills may be involved in a fentanyl overdose that sent an 18-year-old Texarkana woman to the hospital and the man who allegedly sold drugs to her to jail this month.

Conner Douglas Morgan, 21, was arrested Dec. 22 in connection with a Texarkana, Texas, woman who was treated for a reported fentanyl overdose the night of Dec. 19. Morgan has been charged with delivery of a controlled substance resulting in serious bodily injury.

Morgan allegedly sold three blue pills stamped M30 to the woman for $30 apiece the evening of Dec. 19, according to a probable cause affidavit. Two-and-a-half blue bills stamped M30 were allegedly found in the woman's bedroom by her mother after the overdose and given to Texarkana Texas Police Department officers.

The woman's mother found her unresponsive the evening of Dec. 19 and was unable to wake her. When the woman's breathing stopped, the mother performed CPR until first responders arrived. The woman reportedly told TTPD Investigator Colten Johnson that she was informed by hospital staff that she would not have survived if she had not been found by her mother and given emergency medical attention.

The use of fentanyl in street drugs such as methamphetamine, cocaine and heroin as a cheap alternative or additive has been associated with a rise in overdose deaths. Counterfeit pills containing fentanyl but stamped to look like genuine prescription drugs such as opioids, tranquilizers and stimulants, are a growing problem too, according to the DEA site.

Bowie County records show Morgan pleaded guilty to robbery at a hearing Dec. 13 before 5th District Judge Bill Miller but has not been sentenced. Docket entries in the case show Miller order a presentence investigation be prepared by the Bowie County Community Supervision and Corrections Department as is common in cases when a judge is considering a term of probation.

A presentence investigation report typically includes information about a defendant meant to aid a judge at sentencing. The reports often include recommendations for special programs, such as drug treatment or money management, for example.

According to a probable cause affidavit in that case, Morgan and three or four other men attacked two men in March 2020 at a residence in Nash, Texas. One of the men injured in the attack was "covered head to toe with multiple bruises and cuts" and still wore a hospital bracelet on his wrist when he made a report to Nash police March 8, 2020.

A video of the attack was allegedly posted to SnapChat by Morgan and viewed by investigators with the Nash, Texas, Police Department. The video allegedly showed the two men being beaten and one man's shoes and hoodie being removed during the assault. 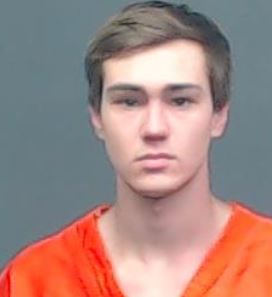 Print Headline: Counterfeit prescription pills may have played a role in woman's fentanyl overdose this month in Texarkana