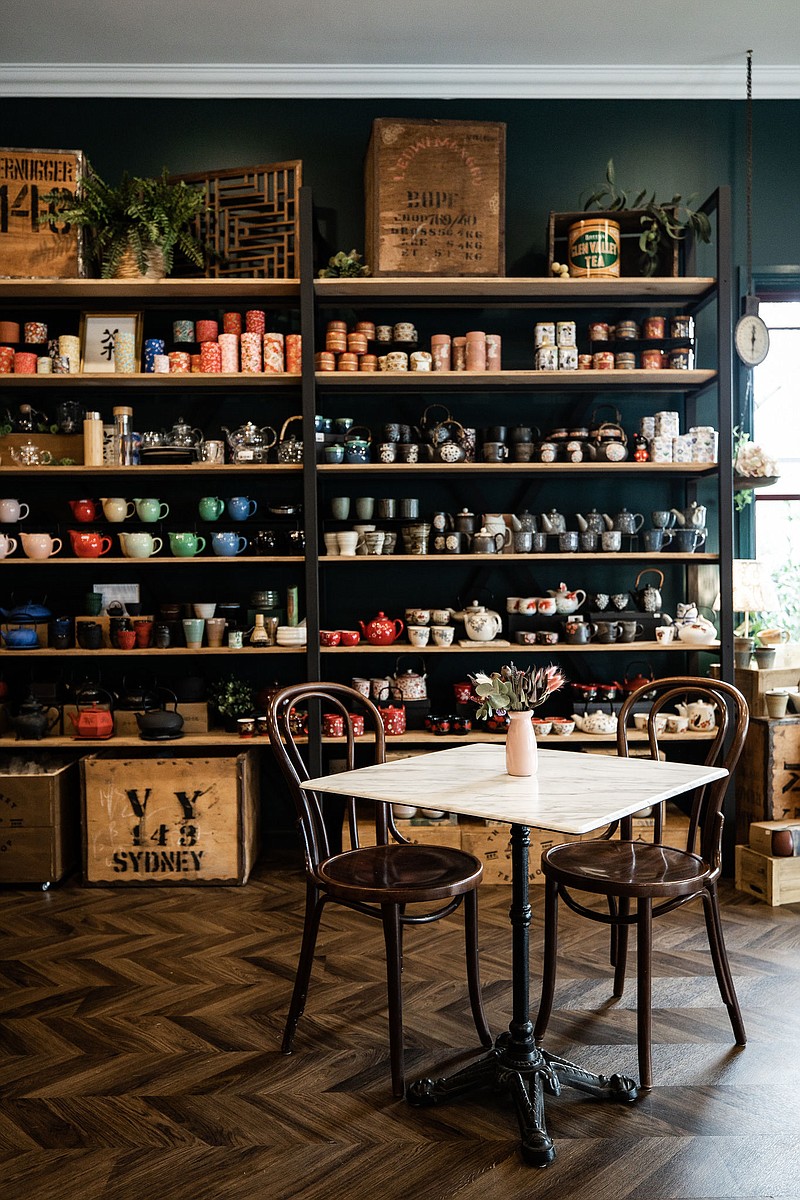 SYDNEY - Along Australia's 9,000-mile Highway 1 - a ribbon of asphalt that connects all the country's major cities and is the longest national highway in the world - there are a smattering of rest stops. On long weekends or the weeks of school breaks, cars will pull away from the throng in search of a hot beverage, following a road sign featuring a cup and saucer.

These sites, named Driver Reviver, are staffed by volunteers from community organizations, serving up free tea, biscuits and conversations to those driving long distances.

"A cup of tea is a very important part of the Australian road trip," says Allan McCormac, the national director of Driver Reviver. "It always was, and it always will be."

In non-pandemic times, the 180 stops across the mainland and Tasmania deliver hot cups of tea to over 400,000 people traveling the nation's roads annually. McCormac, 80 this year, estimates they have served over 26 million cups of tea (and coffee) since 1990.

"The concept of Australians providing refreshments and rest for weary travelers probably goes back to the coach days," McCormac says. "It's common for country people to offer hospitality. That concept still persisted in the days when cars became more common It was very common for people traveling - even maybe a long day trip, let alone on holidays - to call in to cafes all over Australia, that were open in little country towns and villages, to stop for a cup of tea."

Many of those cups have been served to itinerant holiday drivers, hauling from state to state with restless kids in the back seat. Driver Reviver's main goal is to ensure travelers can "stop, revive, survive" and continue driving alert and refreshed. The additional benefit is the sense of community.

"We don't provide lids. We don't encourage people to take a hot beverage in the car while they're driving," McCormac says. "We get people to stop and enjoy a cup of tea while they're at the site and learn a bit more about the area they're in."

Tea is ingrained in Australian culture, from the tinctures and tonics of First Nations Australian communities for tens of thousands of years; to the wartime tea rations supplied to Australian and New Zealand troops during World Wars I and II; to the influx and happy adoption of Asian tea trends such as tapioca-heavy bubble tea and Japanese-style green teas, now grown in Victoria. It's even present in "Waltzing Matilda," a song written in 1895 by Australian bush poet Banjo Paterson about a wandering traveler, considered by some to be Australia's unofficial national anthem.

"From the get-go in 1788, tea helped fuel the expansion of colonial Australia and its rural and metropolitan economy - at first native alternatives to imported tea and then Chinese and later India tea," says Jacqui Newling, a culinary historian and Sydney Living Museum curator. "Tea was, and for many people now, most definitely a community experience in Australia. Putting material trappings aside, it was accessible in some form or another across all classes . All one needed was boiling water." 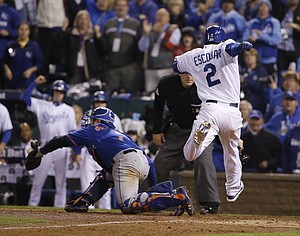 Tea was as much a staple in the kitchens of working-class households as it was in the elegant tearooms of the cities, such as the Vaucluse House Tearooms in Sydney, "where women could meet socially in the late 1800s when pubs and coffee houses were often male-dominated spaces," Newling says.

Traveling for tea, in these locations, was an event. Tea stalls and "refreshment rooms" were as present at railway stations as they were at tourist sites, such as Taronga Zoo on Sydney Harbour, where instant hot water filled the thermoses of family picnics. Tea is "absolutely" a part of Australia's travel culture, Newling says, and a part of the common social experience.

But while Australia's climate makes it well suited for growing tea, logistical and structural issues plague the growth of the sector, says David Lyons, founding director of the Australian Tea Cultural Society (AUSTCS).

He would like to see the industry filled with Australian-grown Camellia sinensis, the plant whose leaves are cultivated for tea, and the creation of a two-tiered system of quality that enables the crop to meet all levels of demand.

Right now there are a handful of plantations, with the largest tea-growing regions situated in far-north Queensland and northeast Victoria. In the former, there is the 790-acre Nerada plantation. As lore goes, the four Cutten brothers - the first white settlers in an area that had been solely occupied by the Djiru people, who are the traditional custodians of the land - established a tea, coffee and fruit plantation in Bingil Bay in the 1880s. It was then battered by tropical storms until nothing remained. In the 1950s, Allan Maruff - a botanist and physician - visited the area and found the lost tea plants. He took clippings home to Innisfail in Queensland, and he started what would become the Nerada tea plantations.

These days, Nerada's tea rooms are open to visitors, welcoming guests from around the world to the site, which processes 3.3 million pounds of tea annually. Domestic tourism has been a boon for regional tea shops, too. In the country town of Berry on the southern coast of New South Wales, the shop sells 48 different teas and also serves them, at sit-down tables and in decorative teapots, with homemade cakes and scones.

"Our weekdays now are more like what weekends were. We have a lot more visitors to the south coast, which means there are a lot more people walking around the store," owner Paulina Collier says. "We've had people who would say, 'I've even driven from Sydney for the day. I just want to come and have tea and scones.' "

The Berry Tea Shop is focused on providing a "country tea experience," complete with loose-leaf tea and pots fashioned on British tea culture. Educating people about the joy of tea is one of Collier's goals. It's one for Grace Freitas, too. She started her tea company, the Tea Nomad, with travel as the core focus. She was living in Singapore, with an idea for a tea-focused blog and a passion for travel, when she decided to experiment with blending her own teas.

Freitas, who runs her small business out of Sydney, wants her teas - Provence, Shanghai and Sydney - to represent the experiences of the cities they're named after, through scent, taste and feeling. Freitas sees irony in the general national approach to hot beverages in cafes: using tea bags often and having greater awareness about coffee.

"And we all just kind of accept it, too. It is ironic," Freitas says. "I would say, we're an easygoing people. And I feel like, it's not like, 'Oh that's a great cup of [bagged tea] in the teapot.' People just accept it. We're not going to complain about it. It's almost like, yeah, it's a cuppa, you don't make a fuss about it."

It's a frustration Lyons shares. For a country built on tea consumption, and with so many Australians being so particular about the way they take tea at home, the enduring national sentiment in cafes, Lyons says, puts tea in the back of the proverbial cupboard.

"People go to such an effort to know everything about coffee and making a nice coffee, but when it comes to tea, they go [with] the generic off-the-shelf tea bag," he says. "So when I find a cafe [that has loose-leaf tea], I always make a big thing of it. I always thank them for going the little bit extra."

In the 1950s, Lyons says, "Australia was one of the top consumers of tea." There were times when tea was rationed to keep up with demand. Pots of loose-leaf tea in establishments were commonplace.

"The tea bag, which came into its own in Australia in the 1970s, although much maligned for taking the ritual out of tea-making, has added to the portability and ease of making a cuppa at home, in the workplace and when traveling," says Newling, the historian.

Collier, who co-owned a cafe in Woolloomooloo before relocating to Berry to open her tea store in 2010, knows what that's like from the other side; stopping to prepare a pot of loose-leaf tea presented a challenge, especially when coffee was the main game. She says it was deemed "an afterthought." "Now people just won't tolerate just getting a tea bag if they're paying $4 or whatever for it."

A team from AUSTCS is working on an app that will enable travelers to find venues serving "proper tea" across the country. The ideal, Lyons says, is to change the perception of tea and meet growing consumer demand.

"If you're traveling along and you hit a town if you could literally pop on [the app] and it shows 'real tea served here,' that would be so much easier," he says. "People would be able to go, 'Okay, what's in the Potts Point, Edgecliff area?', read a couple of the recommendations and reviews, and then make a decision."

Freitas and Lyons - among others - travel with their own tea, hot water and mugs and pull in to local cafes and tea shops to support the industry that ebbs and flows in time with Australian's habits. Right now, Freitas is working on a collection of teas inspired by domestic travel and the rugged landscape, using Australian-grown tea and botanicals.

"Hopefully people can then take this to be elevating their tea experience as they travel as well," she says. One such blend is called Australian Breakfast, centered around the moment of waking up to a day of travel ahead of you - long roads or not.

"Being in the outback as well, having that campfire cuppa or that morning cuppa when you're traveling around Australia, enjoying the natural beauty," Freitas says. "It's funny; I would theorize that if you asked most people about what they're drinking in that image, they're drinking tea. They're not sitting outside a caravan drinking a latte."