'Making sure that it's responsible use' | Biden's czar of artificial intelligence focuses on societal risks, preventing harm 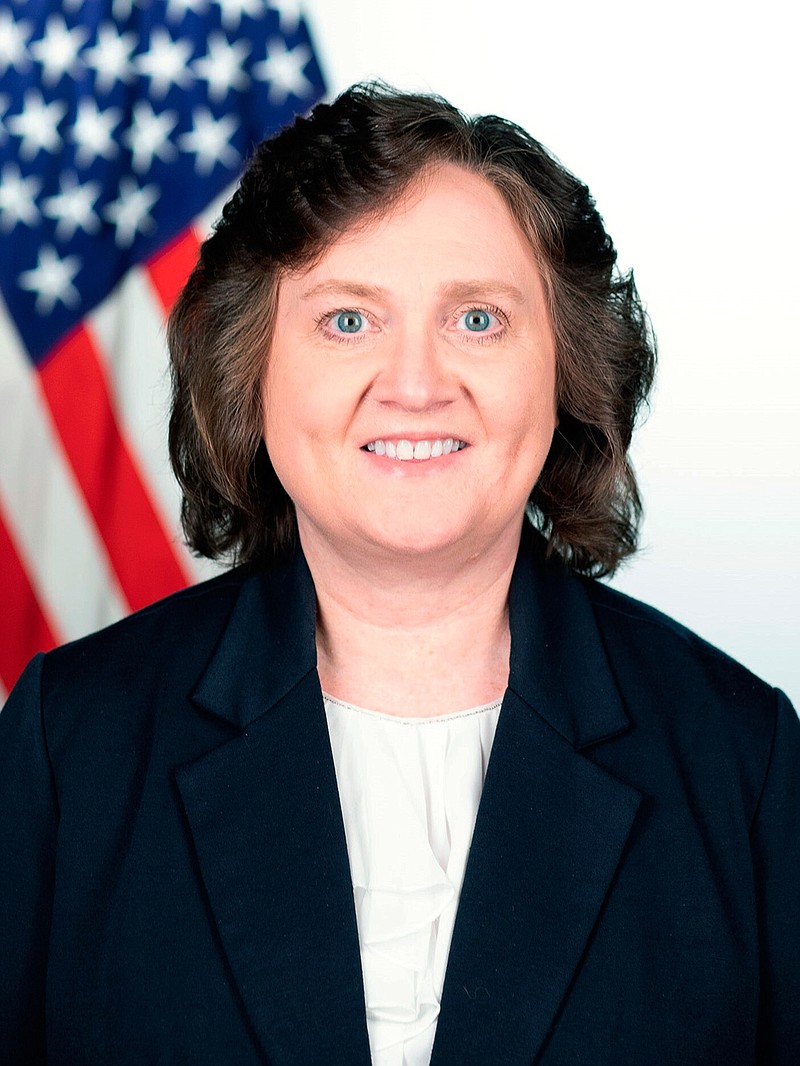 This photo provided by The White House shows Lynne Parker. The computer scientist made breakthroughs in getting robots to work together so they could perform difficult missions, like cleaning up after a nuclear disaster, waxing floors or pulling barnacles off a ship. Her job now is getting the U.S. government working together — alongside American businesses, research universities and international allies — as director of a new national initiative on artificial intelligence. (Keegan Barber/The White House via AP)

Computer scientist Lynne Parker made breakthroughs in getting robots to work together so they could perform difficult missions, like cleaning up after a nuclear disaster, waxing floors or pulling barnacles off a ship.

Her job now is getting the U.S. government working together - alongside American businesses, research universities and international allies - as director of a new national initiative on artificial intelligence. She's America's first AI czar, at a time of rising promise and a heavy dose of both hype and fear about what computers can do as they think more like humans.

"There's an increased need for education and training so that people know how to use AI tools, they know sort of what the capabilities are of AI so that they don't treat it as magic," Parker said in an interview with The Associated Press.

A first task for Parker, who took on the role in the waning days of the Trump administration, is adapting to priorities set by the Biden administration. Those include confronting the societal risks of AI and putting the technology to work on causes such as health equity and reducing climate change.

"Making sure that it's responsible use of AI so that we're not disadvantaging certain people, we're not achieving biased outcomes," she said.

There's been bipartisan interest in boosting AI research and development, fueled in part by fears that the U.S. could fall behind China in channeling the technology's potential for national security and economic growth. Congress passed a law that created the National AI Initiative Office last year and the Trump White House set it in motion in January.

Parker, who first joined the White House's Office of Science and Technology Policy in 2018, has bridged two administrations, both of which have promised to fund more AI research, set new technical standards and help guide how the technology is regulated. But there are subtle differences that showed up when the Biden administration recently launched a new AI.gov website, according to Ryan Calo, co-director of the University of Washington's Tech Policy Lab.

"This is AI as a global project, improving humanity," Calo said. "This is very different from the rhetoric of the Trump administration, which was all about this as a race that we have to win."

Biden made an early signal of the importance of science policy when he elevated the White House's chief science adviser to Cabinet rank. Geneticist and mathematician Eric Lander was sworn in to that role Wednesday. Also filling out the White House science office is sociologist Alondra Nelson, known for her work examining the societal implications of technology.

How much of a shift this is for Parker isn't totally clear to some of those who have worked with her, from her doctoral student days at the Massachusetts Institute of Technology to her time helping to coordinate AI and robotics funding from the National Science Foundation during the Obama administration.

"I can't imagine that Lynne drives around with an 'America First' bumper sticker," Calo said. "I would imagine that she's a better fit with the Biden administration because she is ultimately a believer in the importance of expertise."

But other priorities remain the same, including a willingness to point fingers at China as the promoter of the type of AI applications - from social credit scoring to all-seeing surveillance - the U.S. and its allies should avoid. While the Trump administration warned against needlessly hampering AI innovations with what Parker then called "top-down" regulation, Parker now says she is looking closely at what Europe is doing to set limits on risky applications.

"All of those efforts are very much about like-minded countries coming together to demonstrate how we can use AI in an appropriate way, not violate the human rights that has been demonstrated in China and other authoritarian countries," she said.

The Tennessee-raised Parker said she grew up loving science, math and solving problems. Her mom worked for a time as a science teacher and her dad spent his career as an engineer with the Tennessee Valley Authority, the federally owned New Deal-era corporation known for its work in flood control and electricity generation. She was a teenager headed for Tennessee Technological University when her father, perusing the course catalog, suggested the still-emerging field of computer science.

"That was actually the time in the evolution of computer science that it actually had more women in it than any time since," she said. "Unfortunately, it's gone down since then."

More than a decade later, Parker was one of a group of women who were encouraged to pursue their own ideas at an MIT robotics lab in the 1980s and 1990s and went on to become prominent leaders in the male-dominated field, according to fellow lab alumnus Helen Greiner, co-founder of iRobot, the company that makes Roomba vacuum cleaners.

"Lynne was one of the pioneers" in the field of multi-robot systems, or swarms of robots that could cooperate with one another, Greiner said.

For her 1994 dissertation, Parker borrowed a trio of iRobot's early machines - small wheeled rovers - to test a new software system she called Alliance, designed to help robots learn from each other and environmental conditions to cooperate on a mission. It was a precursor to the robotic teams now seen maneuvering around each other to transport goods in Amazon warehouses, or the flocks of drones being tested by the military.

Greiner said she's thankful to have a robotics expert with decades of experience in such a top White House role.

"It's important to make sure there's funding for people doing the cutting edge research, that we stay ahead of other countries," Greiner said. "She could be spending her time doing research but instead she has chosen to try to herd a lot of cats together."