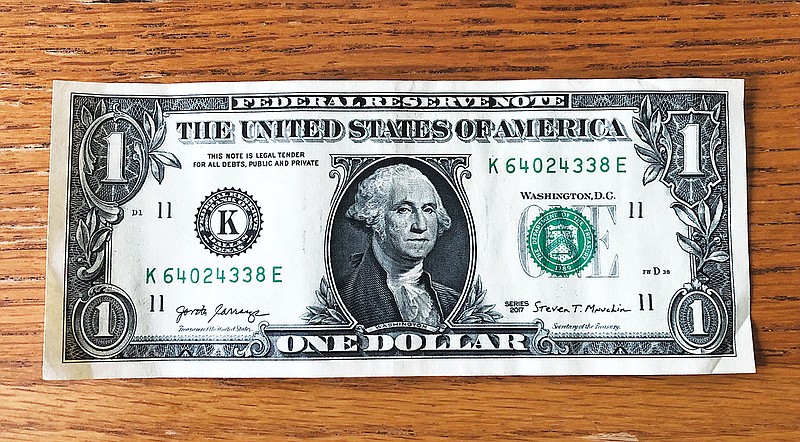 John Moore's parents taught him the value of a dollar.

Planes used to be a means of travel for the rich. You'd see people in the movies or on TV flying first-class with five-course meals, champagne, cloth napkins, cocktails and a nice restroom at the back of the plane.

Regular folks traveled by Buick with cans of Vienna Sausages, saltine crackers and a tree off a state highway somewhere on the way to Carlsbad Caverns.

I've always had a fascination with planes. I wanted to fly, but my family just didn't have the money. So, determined to hit the skies, I began saving my money from jobs I'd drum up.

I'd knock on doors; ask to mow yards, rake leaves, clean gutters, or anything else that paid.

I was 12 before I saved enough money to take a plane ride. And that was just a one-way trip. I mowed yards the previous summer to acquire the money I needed to buy that plane ticket. It wasn't a plane ticket to anywhere special. It was a plane ticket back home from Houston.

It's an interesting story. My aunt, uncle, and three cousins lived in Alvin, Texas, near Astroworld. So, the plan was to hitch a ride there and then fly back.

I recall my dad pointing out that the $101 I saved (a lot of money in 1974) was the same amount needed to purchase the 10-speed bicycle I also wanted. More on that later.

Back to the plane ride.

A different aunt and uncle were going to Houston for a trip by car, so I bummed a ride with them.

My cousins in Alvin and I spent a week going to Astroworld, playing football with the neighborhood kids, reading comic books, and learning gin rummy.

At the end of the week, my aunt dropped me off at the Houston airport and waved goodbye.

"Be sure to tell the stewardess you are by yourself. She'll keep an eye on you," I was told.

Can you imagine leaving a kid alone at an airport today? Or anywhere else for that matter?

I spent the first part of the next school year sharing my experiences of flying solo with my wide-eyed classmates, some of whom decided to save their money to travel.

One classmate joined the Air Force and became a decorated B52 fighter pilot.

My fascination with planes led me to save for flying lessons, but the pilots' physical is quite stringent and, alas, I didn't meet all of the criteria.

So, I had to settle for skydiving when I was in my 30s - something I was only allowed to do once. Wives are funny about such things.

The summer after I flew by myself, I saved up enough to buy that 10-speed bicycle. It wasn't a fancy one, but it was the fanciest one that Walmart sold.

It was a silver bike with lots of levers allowing me to shift into low or high gears. This provided an ease of travel based on whether my friends and I were on hills or a straightaway.

We rode hundreds of miles through the history of Little River County, Arkansas. Many of the buildings we passed were holding on with their last breath. We didn't know it at the time, but we were witnessing the end of what had once been our community's beginnings.

Today, I see many who are given everything. Their family has much, and they share in that good fortune.

I'm grateful to my parents for all they did for me, but especially for helping me to help myself. It is true that you appreciate things far more when you earn them yourself.

And I'm grateful for the wisdom, which came with self-reliance.
Most often, it is wisdom that saves the day.