Commentary/Jalapeos and Tabasco Sauce among the greatest culinary finds 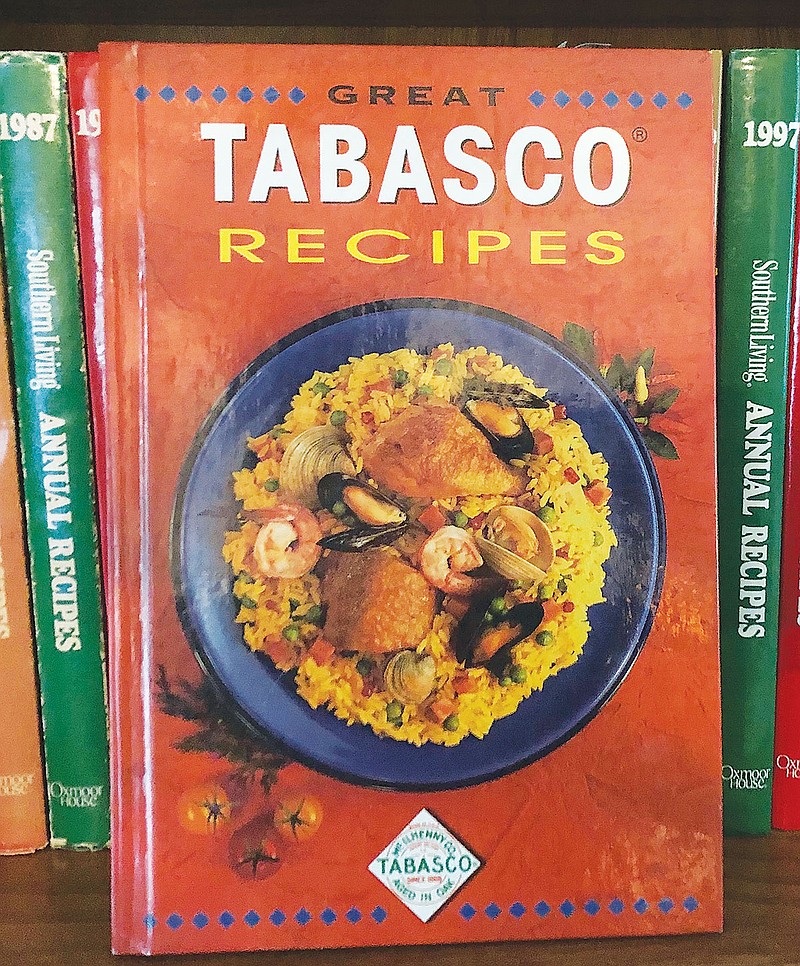 Some cookbooks take hot to the next level.

There are two culinary camps. Those who believe in spicy, and those who don't.

Other than ice cream, there isn't much that I don't put jalapeos on. I know that I just ended a sentence in a preposition, but good, spicy food will cause that.

I grew up in a home where there were four major food groups: Bacon, bacon drippings, potatoes, and beef.

If my father was aware that other foods existed, my sister and I didn't know it until we left home. He disliked anything with cooked tomatoes, which included spaghetti or Mexican food. My mother also doesn't like Mexican food, so it was out for sure.

I seriously never had spaghetti until I was about 18. Even when they served it in the lunchroom, I didn't eat it. I also didn't eat Mexican food, not counting the 10-cent tacos at Taco Taco we ate after football practice. I didn't know that tacos were Mexican food, or I likely wouldn't have eaten those either.

So, it was after becoming a grownup that I began exploring other epicureal options. Married life introduced me to many new dishes, including spaghetti and Mexican food.

It was in Mexican food that I discovered jalapeos. After eating a dish with fresh jalapeos, I asked, "Oh, my. What is that amazing spicy flavor?" A question that was followed by two large glasses of ice tea and a glass of milk.

It lit me up. And I was hooked.

A bit of research made me realize that jalapeos are the perfect food. There are no calories, and there's a kick with every bite.

For some reason, the never-peppers disagree with my assessment. Not understanding their lack of understanding, I began searching for other options to convince the world that peppers were the key to happiness, joy, and world peace.

That last one I'm not sure about, I just threw it in because everyone else always does.

I began to look for meals which featured this amazing chili from our neighbors to the South. Each time I went to Luby's I'd pay the extra 23 cents for a jalapeo stuffed with cream cheese. It went so well with my spaghetti and enchiladas.

It never occurred to me that you could grow your own jalapeos. However, my wife began planting them just to satisfy my never-ending consumption of this amazing creation from the Good Lord above.

It's a pretty great thing to be able to walk out back to the garden and pick the biggest, prettiest jalapeo on the vine and bring it in to slice up on an evening meal.

My wife usually looks at me with a raised eyebrow and asks if I'm enjoying my food. With sweat running down the side of my face, I smile and tell her what a great meal it is. She often asks how I can taste the meal.

I just smile and nod.

She's also in the never-peppers camp.

Several years ago, we were at a friends' cookout and he had a jalapeo cooking rack. It's an aluminum plate on a stand with two handles, that has several holes drilled in the top. You can harvest your peppers, cut off the tops, fill them with whatever you like, then place them in the rack for grilling or cooking in the oven. Fajita meat, cheese, and sour cream stuffed inside your peppers make for a great appetizer.

We now have our own jalapeo cooking rack.

Following the discovery of jalapeos, the second-best spicy find is Tabasco.

Now, Tabasco Sauce isn't made of jalapeos, but it is made from its kickin' cousin, the aptly named, Tabasco pepper. Whereas many other hot sauces contain myriad ingredients, Tabasco Sauce has distilled vinegar, red peppers, and salt.

That's it, and that's all it needs.

A man named Edmund Mcllhenny got himself an island off the coast of Louisiana back in the 1800s, and through divine inspiration came up with Tabasco Sauce.

Like raw jalapeos, I've yet to find much that Tabasco Sauce doesn't compliment. When fresh jalapeos are out of season (and sometimes when they are in season), I douse my food in Tabasco.

My wife will once again ask how I can taste my food.

As time has passed, the Tabasco folks found the wisdom to add other Tabasco concoctions to their offerings (eight that I've found so far), which include cayenne, scorpion, and habanero.

By now, the never-peppers are shaking their heads and making faces. That's fine.

But, discovering spicy is like the first time you tried a hamburger with something more than meat and cheese, only to discover that you not only wouldn't die, you actually liked it. The same is true of spicy foods and sauces.

During a recent perusal of my local Goodwill store, I found gold. A book called, Great Tabasco Recipes, for only $1.99.

There it is. On page 184, between the recipe for Hot Bananas with Rum, and Chocolate and Sweet and Spicy Brownies, is the recipe for Fire and Ice Cream. In addition to the milk, cinnamon, orange peel, cloves, and vanilla extract, is a healthy amount of Tabasco Sauce.

Now, I can sprinkle fresh jalapeos on my food, topped with Tabasco, and then enjoy a spicy bowl of ice cream, topped with more jalapeos and Tabasco.

If you're a never-peppers, I hope you've enjoyed this first-hand report of what you're missing.

Give spicy a try. And yes, you can taste your meal. It's no sweat.