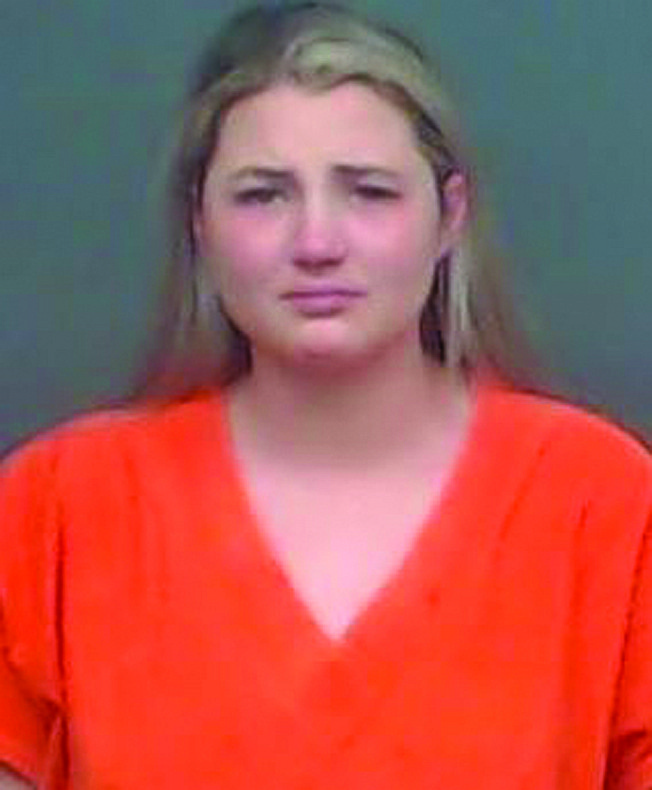 TEXARKANA, Texas - A former teacher's aide sentenced to prison and probation by a jury for sexual misconduct with three male high school students was in court for formal sentencing Monday.

Ashlyn Faye Bell, 24, pleaded guilty in April to two counts of improper relationship between educator and student involving two 17-year-old boys and to two counts of sexual assault of a child involving a 16-year-old boy. A jury tasked with deciding Bell's punishment sentenced her to four years in prison on one count of sexual assault of a child and recommended terms of probation on the remaining three counts.

At a hearing Monday before 202nd District Judge John Tidwell, Bell wore cuffs and shackles and a chain encircled her waist. Tidwell sentenced Bell to ten years probation on the count of sexual assault of a child for which the jury recommended probation and two five-year terms of probation on the two counts of improper relationship between educator and student.

The probated terms and the prison term will run concurrently, Tidwell ordered.

Bell must update her sex offender registration at regular intervals and report any change in residence or employment to local authorities where she lives and works.

During Bell's punishment-only trial last month, the jury heard testimony that Bell initiated contact with boys she met while working as an aide at Texas High School. Bell arranged to pick the boys up from truck stops and their homes in the middle of the night, often with her 3-year-old daughter in the back seat. She took the boys to her home in New Boston where she had sex with them.

Bell is being held in the Bowie County jail until she can be transported to a unit of the Texas Department of Criminal Justice.