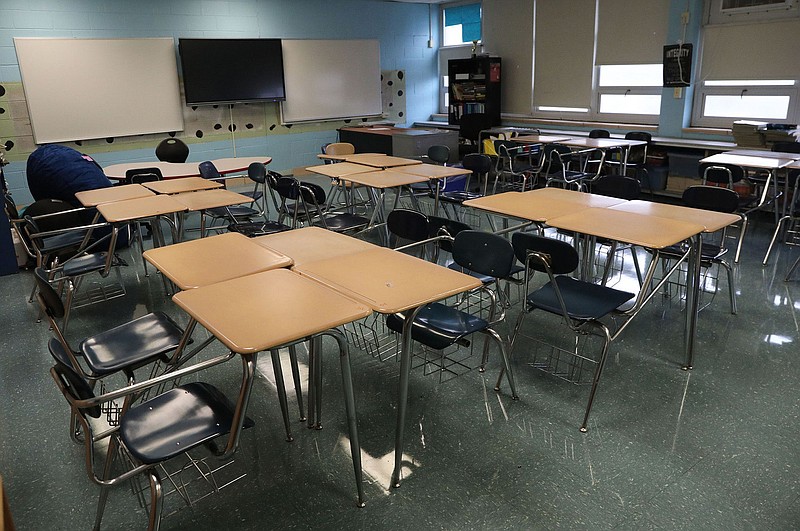 DALLAS - One of the Legislature's most controversial education bills - which advocates said would have made it more difficult to address racism in schools - was derailed by a procedural maneuver just days before lawmakers are slated to leave Austin.

Advocates, however, worry that conservative lawmakers may try a last-ditch effort to tack the legislation on to another bill or revive it in another way before the end of session on Monday.

Rep. James Talarico, D-Round Rock, called a point of order on a bill that educators say would have a chilling effect on conversations about race in the classroom. Supporters characterize the bill as a way to keep "critical race theory" from being taught in schools.

Minutes before the point of order, the bill's author, Rep. Steve Toth, R-The Woodlands, told his colleagues that he planned to accept a number of changes from the Senate, despite the fact that the alterations dramatically changed the bill from when it passed out of the House.

In Texas' upper chamber, lawmakers stripped a number of provisions including some that would have required students to learn the history of Native Americans and study the writings of Frederick Douglass and Martin Luther King, Jr.

Senators also removed a provision that would have mandated students learn about the history of white supremacy and the ways in which it is morally wrong.

"Is it fair to say that any bill that strikes language condemning racism is a racist bill?" Talarico asked Toth.

Toth didn't respond to his question but acknowledged that he still agreed with the provision that was removed. When Talarico asked why Toth didn't want to bring the bill to a conference committee where members of the House and Senate could negotiate their differences, Toth noted that there was little time left in session.

Conservatives pushing for the legislation say critical race theory fuels division and causes white students to be ashamed of their race.

"At a time when racial tensions are at a boiling point, we don't need to burden our kids with guilt for racial crimes they had nothing to do with," Toth told House members during a previous debate on the bill.

Sunday is the last day for the House to approve conference committee reports and advance legislation to the governor's desk for signature.

The 11th-hour point of order was unusual not just for its late-in-the-game timing but its effectiveness. This means the bill will be sent back to the Senate, which will have to strip all of the changes its members made. Talarico said he has been told there's not enough time for the bill to pass now.

"As a former educator, I found this bill to be offensive," Talarico told The News. When he taught on the west side of San Antonio, he said, he taught all Black and brown students. "This was an attack on my students, so I took it very personally."

Other civics-related bills are still alive this session.

Many school leaders, business groups and civic organizations opposed this bill that aimed to ban critical race theory saying it would have made it more difficult to not only discuss racism but also take steps to ensure equity in schools. Dallas school officials, for example, discussed taking legal action if the legislation became law.

Other legislatures across the country - particularly in conservative leaning states - are also debating efforts to ban critical race theory, which is an academic framework that explores how policies and laws uphold systemic racism.