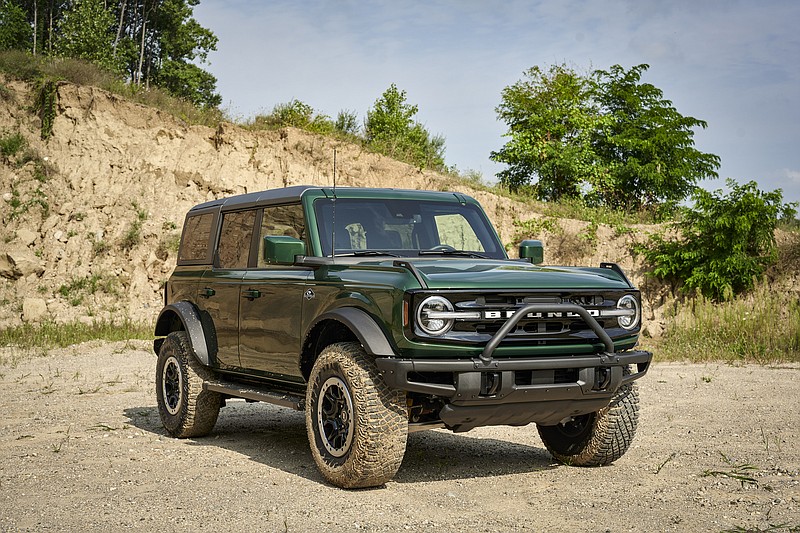 VINGER, Texas – Sticky weeds and spiney brush concealed the big muddy ditch, but the second the Ford Bronco's front wheels dropped into it, with a resounding "thunk" on the frame, I suspected I was in trouble deeper than the trench.

This seemed a perfect habitat for cottonmouths, so I was in no hurry to jump out and inspect the damage. All this started with a spur-of-the-moment impulse to test the Bronco's off-road prowess. My attire consisted of a rather tasteful polo shirt, track pants, and a well-worn pair of sketchers.

My first reaction was panic. Here I was, alone, a couple of miles from the nearest tarmac. Heck, even the nearest deer stand was a long hike back. Though attractive, the 12-inch infotainment screen telling me I was in the middle of nowhere was of little value. Nor did it help that the 360-degree camera system provided me a strikingly sharp image of the muddy ground into which I had just plowed the Bronco.

It was also of little benefit that the truck had a pair of frame-mounted tow hooks. I seriously doubted that a reasonable tow truck operator would be willing to even try to get back to where I had buried this $52,060 machine. A lot of other nice things, like torque vectoring, off-road cruise control, and slow-mode rock crawling were of little benefit in a machine that was not, at that moment, moving.

I found hope, however, knowing I was in a Badlands edition. That meant that in addition to the Bronco's long list of protective plates I was sitting in one with reinforced door rails, meaning it was unlikely that I had damaged anything functional.

It also meant I had at my fingertips an advanced 4x4 system designed to traverse hazards in up to seven available G.O.A.T. ("go over any type of terrain") Modes™ and in various conditions: Normal, Eco, Sport, Slippery and Sand; Mud/Ruts and Rock Crawl.

Only later would I learn that at that moment I was in the process of learning, as Jonathan Justice, the world's best son-in-law, would later observe, that the Bronco Badlands knew much more about off-roading than I did.

"It has a lot of features for more advanced off-roading and rock climbing, but as a beginner off-road vehicle, it's easy to pick up," he said after a different run through mucky trails. Notice how sweetly he let me know I don't everything? That's a special talent.

So, five miles from nowhere, front wheels plunged into the mire, I finally did the logical thing: I switched her into rock crawl, gave her a little gas, let out the clutch, and slipped her into reverse.

With nary a pause, hiccup, nor giggle, the Bronco drug herself off the precipice and backed right out of the black hole. I sat there a moment and allowed the weight of the world to lift itself off my shoulders.

Then I put her back into drive, approached the ravine at a 45-degree angle, dipped down into it, and climbed up a slick 30-degree hill on the other side. On top of the hill, I was able to examine the Bronco and found it to be free of injury.

I have never been prouder of myself.

Ford goes there, does that

Built on the same bones as Ford's intensely popular Explorer, the Bronco is part of a two-stage declaration of war on Jeep by Ford. Part two is the Bronco Sport, built on the just redesigned Escape.

Starting at $29,300, the Bronco is targeted to take a slice out of Jeep's lucrative midsize Wrangler. The Bronco Sport, starting at $27,265, is a challenge to the compact Jeep Cherokee. No other automotive sales year has been as difficult to assess as 2021, but early returns look quite good for Ford.

Due in part to less-than-flattering reviews from various rating services mostly focused on abysmal noise, vibration, and harshness management, Wrangler sales have been in decline for several years. 2021, Jeep has delivered roughly 145,000 Wranglers. Broncos started rolling out of factories in June and Ford has requests for more than 190,000 Broncos, but quite accepting orders in August when it became clear that supply-side issues would prevent it from filling those.

Built on a vehicle redesigned last year, the Bronco Sport is further along in the development and production cycle. It is beating the pants off Cherokee. Through October, Bronco Sport has sold 90,405 while Jeep Cherokee has sold 80,581 vehicles. In the last quarter, Jeep sold 11,592 Cherokees while Ford sold 20,690 Bronco Sports, a nearly 2:1 margin, according to an analysis done by the Detroit Free Press.

Without painting with too broad a brush, the reasons for Ford's success seem apparent. To begin with, Ford's products are shiny and new, and the auto world embraces the novel.

Ford's biggest advantages are obvious: Neither the Wrangler nor Cherokee are particularly good. Stellantis, formerly Chrysler, has benefited from a lack of competition in the off-road world. Jeep has flourished while offering mediocre reliability and lousy characteristics for everyday driving.

Built on established product lines, Ford's Broncos and baby Broncos bring newer and better technology to the game. This is no easy matter for Jeep to address. It takes years to develop a new product, and under previous owners, Stellantis has assiduously avoided making those investments.

Now, the wolf is at the door, and he's pretty darn good at what he does.

Neither is particularly fuel-efficient. We averaged 16.4 mpg with our small-engine, manual transmission combo. It was more than competent on- and off-road, but one suspects the V-6 teamed with Ford's superlative 10-speed might be the wiser choice.

If you want one, our advice is to wait until after you get your income tax refund. Supply will catch demand. Ford's counting on it. 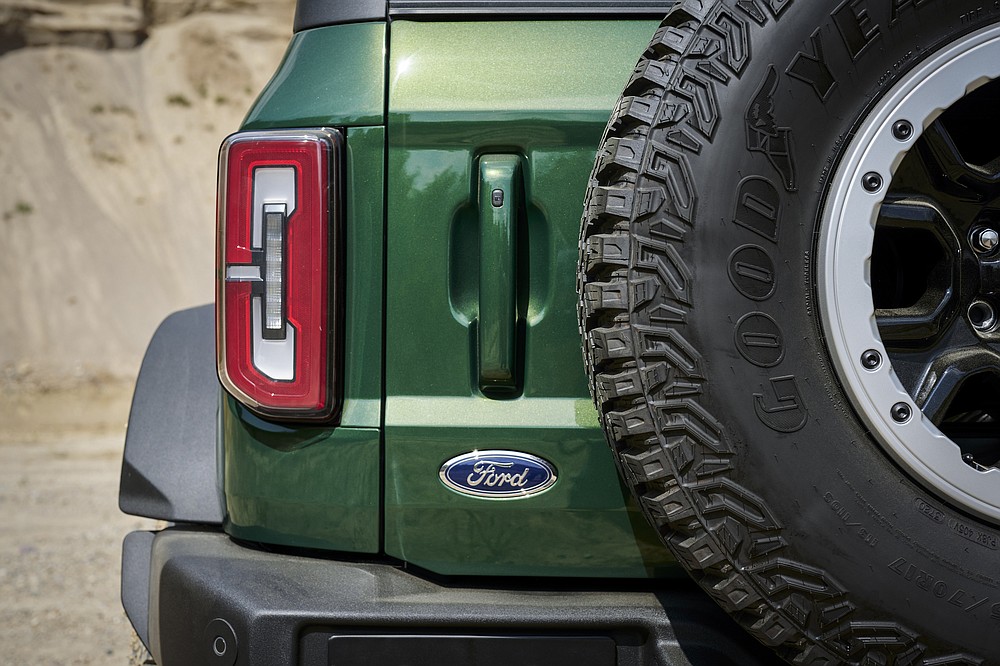 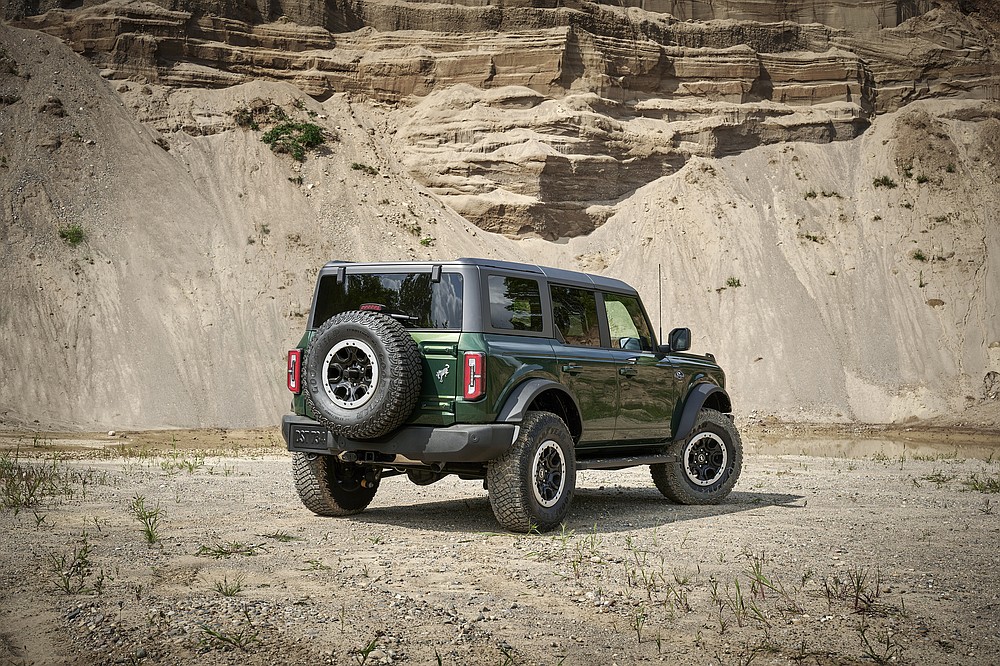 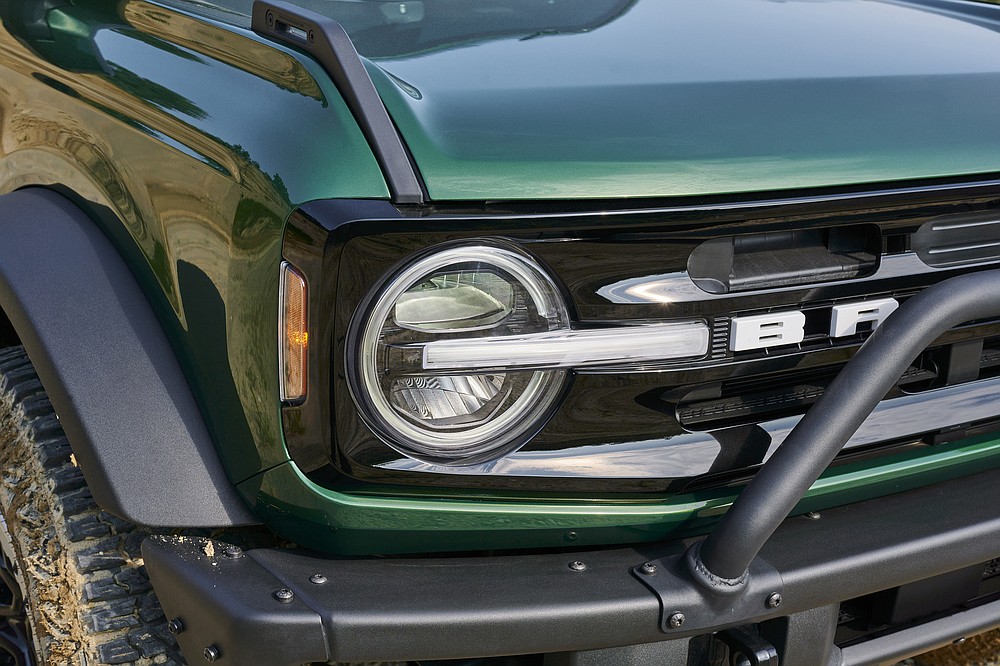