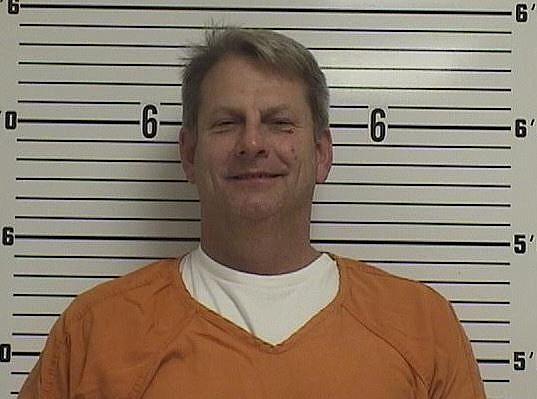 TEXARKANA, Texas -- A man who was sitting at his office desk working when he was attacked in December by Texarkana lawyer Shorty Barrett is suing for damages in federal court.

Barrett, 52, walked into Gus Thornton's office Dec. 7, 2020, at an insurance business on Texas Blvd. in Texarkana, Texas. Barrett repeatedly punched and kicked Thornton in the head and body, causing facial fractures, a broken nose, a fractured elbow and other injuries, according to a complaint filed Friday in the Texarkana Division of the Eastern District of Texas.

The case docket indicates that Barrett has not yet been served with a copy of the complaint and no attorney of record is listed for him.

One of Thornton's lawyers, Wade Barrow of Fort Worth, Texas, said the case is about more than damages.

"Mr. Thornton is not prepared to comment on the specifics of the case outside of what's in his pleadings but would authorize me to say this case is about holding a person accountable, insuring there are consequences and deterrring the conduct in the future," Barrow said.

Barrow declined to comment on Barrett's motive but did confirm that one of Thornton's co-worker's attempted to stop the attack by threatening Barrett with her personal firearm.

"Staff members yelled for defendant to stop and called the police. Despite these actions, defendant continued to punch and kick plaintiff in the head until he was non-responsive," the complaint states.

Thornton was transported via ambulance to a local hospital.

Barrett pleaded guilty Aug. 26 to misdemeanor assault with bodily injury involving Thornton and was placed on a two-year term of deferred adjudication probation in Bowie County, Texas. He was ordered to pay $3,469 in restitution for medical expenses, a $3,000 fine and court costs.

A retired district judge and a staff attorney with the Texas Attorney General's Office were assigned to the case after the three district judges serving Bowie County and the local district attorney's office recused.

Less than three weeks after being placed on probation, Barrett was arrested in Texarkana, Arkansas, for misdemeanor domestic violence assault and interference with an emergency call involving a woman.

The woman was reportedly bleeding when officers arrived shortly after midnight Sept. 12.

Following Barrett's most recent arrest, a Bowie County probation officer filed an affidavit recommending that Barrett's probation be adjudicated and that Barrett be assessed a standard probation with a mandate to complete an anger management program.

Individuals who successfully complete a deferred adjudication probation in Texas do not have a final conviction on their criminal history.

According to the federal complaint, Thornton suffered head injuries including a subdural hematoma, epidural hematoma, orbital fracture, displaced fracture of the nasal bone and top of the nasal spine, right ear trauma/hematoma, chest wall pain, right arm trauma, right elbow fracture, trauma to his left shoulder and wrist and a soft issue injury with a small metallic object lodged inside his ring finger.

Barrett remains on misdemeanor probation in Bowie County. No court filings have been made since the probation officer's affidavit Sept. 13.

Both the judge and prosecutor who typically handle misdemeanor criminal cases in Texarkana, Arkansas, have recused from involvement in Barrett's case stemming from his Sept. 12 arrest. The Arkansas Supreme Court is expected to appoint a judge from a nearby jurisdiction to oversee the case.

Barrett is licensed to practice law in both Texas and Arkansas. He is a former candidate for judge of the 202nd district in Texas.