Should passengers be vaccinated or tested to fly within the U.S.? 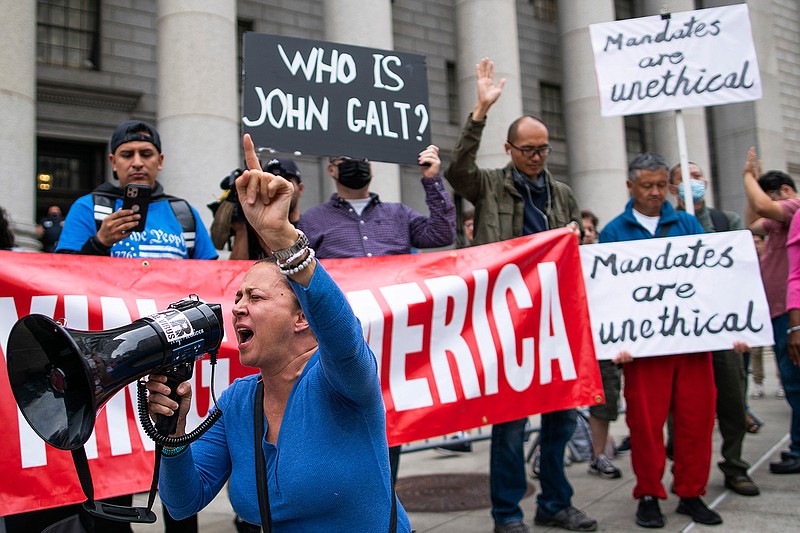 By the holiday season, flying will have changed dramatically for Americans returning to the United States from abroad. They will be asked to show proof that they are vaccinated, to commit to two coronavirus tests if they are not and to participate in a new contact-tracing system.

For Americans traveling within the U.S., however, none of this applies. As airlines prepare for what's expected to be the biggest travel rush of the past two years, domestic travel -- aside from a mask mandate and some restrictions on alcohol -- will be largely the same as it was before the pandemic: packed cabins and no testing or proof of vaccination required.

Whether this is a symptom of denial or a sign of progress depends on whom you ask. Sen. Dianne Feinstein, D-Calif., recently telegraphed her position when she proposed a bill that would require passengers on domestic flights to be fully vaccinated, to have recently tested negative or to have a certificate of recovery from the virus.

"We know that air travel during the 2020 holiday season contributed to last winter's devastating COVID-19 surge," Feinstein said in a statement. "We simply cannot allow that to happen again."

Dr. Anthony Fauci, President Joe Biden's top medical adviser, has said that he personally supports the idea of requiring proof of vaccination for domestic air travel, a policy that Canada will begin implementing Oct. 30. The White House has said that it is focused on other strategies for encouraging broad vaccination.

Requiring proof of vaccination to fly is ludicrous, say numerous airline executives and representatives of airline trade organizations, who tend to reference a study that found, by some measures, that flight cabin air is "safer than the air in a surgical operating room." Most Americans, they add, are vaccinated, and the existing federal mask mandate should radically reduce any lingering risk of transmission. Plus, virtually all crew members, they say, will soon be inoculated in compliance with Biden's vaccine requirements for government contractors and many airlines' own requirements for employees.

"We don't see any reason to mandate vaccination in the domestic market," said Willie Walsh, director-general of the International Air Transport Association, an airline trade group, at the World Air Transport Summit, a gathering last week of hundreds of airline executives in Boston. If you mandate vaccination and testing for flights, then you need to mandate it for all forms of transport, Walsh said, because in terms of the likelihood of transmitting the coronavirus, "a plane is less risky than a train or a bus or a car."

Such a requirement would also create even longer airport lines and other organizational nightmares, said Robin Hayes, CEO of JetBlue Airways.

But if small restaurants in New York City can figure out how to check proof of vaccination without undermining the dining experience, then certainly the airline industry can work something out, said Dr. Georges Benjamin, executive director of the American Public Health Association, a health professionals association that supports Feinstein's bill. Yes, the risk of transmission on planes is low, but only if everyone is properly wearing masks during the entire flight, which is far from guaranteed, he said. Neither do we understand, as several researchers have noted, how the delta variant -- or other variants -- have changed the likelihood of spreading the virus on planes.

In order to attend the first in-person World Air Transport Summit in two years, held at the Boston Park Plaza Hotel, journalists and airline industry executives had to show proof of vaccination, the negative results of a recent coronavirus test or a certificate of recovery. Attendees were supposed to wear a mask indoors except when eating, drinking or speaking on a panel.

Although every room seemed to have at least four people flouting the conference's mask mandate, no one queried seemed to object to the vaccine or testing requirement. When asked why domestic airlines should not also have these rules, Hayes explained that it's different because, while the conference had a few hundred attendees, roughly 3 million people are once again flying domestically every day. Although he supports encouraging vaccination, requiring proof from all those people involves too much "operational complexity," he said.

Unlike Canada, Israel and the European Union, the U.S. has not created a uniform digital proof of vaccination or coronavirus status system. That means that airlines and airports would potentially have to come up with a whole new way of reviewing and verifying results.

Domestic travelers eager to check in online and whiz through security "would have to come earlier," Hayes said. "There would be longer lines."

Doug Parker, CEO of American Airlines, made a similar comment on the Sway podcast in August.

The White House chief of staff, Ron Klain, also expressed concerns that a vaccine mandate would create longer airport lines on the Pod Save America show last month, as The Washington Post previously reported. Klain also suggested that though such a policy is "something we continue to look at," it might be unnecessary given that the administration is pushing vaccination through employer and military vaccination mandates.

Airlines for America, an industry trade group that represents eight airlines, shares the administration's concerns about the implementation of a domestic travel requirement, Katherine Estep, a spokesperson for the group, said last week.

Leonard J. Marcus, co-director of the National Preparedness Leadership Initiative at Harvard University and director of an initiative focused on public health on flights, said that airlines are not exaggerating when they say it's complicated. But he thinks they are wrong to dismiss a domestic testing and vaccination requirement for flying because a good system does not yet exist. "I do believe we should get to the point where we have those mechanics," he said.

Dr. Patrice Harris, the former president of the American Medical Association and the CEO of eMed, which sells at-home coronavirus tests to travelers and Delta Air Lines, said the "it's-too-complicated" argument is a poor excuse. "The key is making the right thing to do the easy thing to do," she said.

Hawaii is the one state that requests proof of vaccination or a negative test from domestic visitors. In order to avoid quarantine, travelers can upload an image of their Centers for Disease Control and Prevention-issued vaccination card or a negative coronavirus test to the state's Safe Travels system. The system has gone through several iterations: Early on, checking test results created terrible lines at airports and caused havoc for travelers with connecting flights, said Peter Ingram, CEO of Hawaiian Airlines.

However, Ingram was more positive than other executives interviewed about expanding such a system across the country. "I wouldn't say that it can't possibly work," he said. One of his primary concerns is how to deal with acceptable exceptions to a vaccine mandate.

"Who is going to be the adjudicator?" he asked.

Is an Airplane Really as Low-Risk as an Operating Room?

"It's safe on board, safer than an operating room," said Deborah Flint, CEO of Greater Toronto Airports Authority, during one of the air summit's panels.

This line comes from a widely recognized study, conducted by the Department of Defense and published last October, which found that air circulation systems in two types of large Boeing aircraft were even better at filtering out airborne particles than the filtration systems recommended for most hospital operating rooms.

Other research has also reinforced that air in a typical cabin is refreshed every two to three minutes, inhibiting the transmission of the coronavirus. But the risk of transmission increases when passengers fail to properly wear masks, noted Dr. Lin H. Chen, the former president of the International Society of Travel Medicine. (A case study published last week reinforced this point: One person not wearing a mask on a two-hour domestic flight in March 2020 in Japan seems to have infected at least 14 other people despite a modern air filtration system.)

Even with a federal mask mandate, some people while on board do and will refuse to wear masks properly. Others cannot wear them for medical reasons, because they are too young or because they are eating or drinking. But even assuming everyone age 2 and above -- airlines' standard age for mask requirements -- is properly wearing one, experts still don't know how new variants are changing the equation, said Dr. David Freedman, a professor of infectious diseases at the University of Alabama at Birmingham. "Delta is much more transmissible," he said.

This is the primary reason behind Canada's decision to require proof of vaccination for anyone traveling by plane or train starting Oct. 30. "New variants have created new risks for all activities, including travel," said Sara Johnston, a spokesperson for Transport Canada, the government agency responsible for operating Canada's airports and other transportation facilities.

Also, airports and ramps onto planes don't typically have the same type of air circulation, Freedman said. And though vaccinated people are far less likely to get sick, they can still become infected and transmit the virus to another person.

Ultimately, the risk in the sky is not the point, some scientists and economists said; it's the role air travel plays in spreading the coronavirus from one part of the country or world to another. The first case of what would later be known as the novel coronavirus was reported to the World Health Organization in China on Dec. 31, 2019. According to a paper in the Journal of Sustainable Tourism, in mid-March, less than three months later, global air transport had carried the virus to 146 countries and reached all continents.

Print Headline: Should passengers be vaccinated or tested to fly within the U.S.?