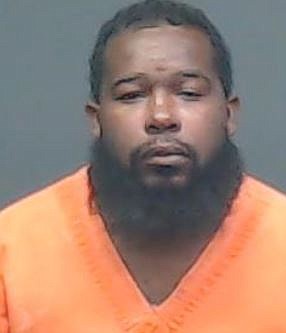 Joshua Deshaun Lowe, 28, is accused in the July death of young Javontae Neeley. The boy's mother, Christy Wedgeworth, has been charged with injury to a child by omission.

Javontae was admitted to a local hospital July 11 after being transported in a private car from a house in the 800 block of Bowie Street in Texarkana, Texas. Lowe allegedly claimed initially that the child choked on a hot dog.

Wedgeworth was reportedly at work when the boy suffered a fatal head injury but other injuries, including broken arms and ribs, were older and in various stages of healing.

"The healing injuries were at least seven to ten days older than the injury to the head," the affidavit states.

In an interview with Texarkana, Texas, police, Lowe allegedly provided a different account. Lowe allegedly claimed he dropped the young boy after he vomited on him and that the boy fell backward and struck his head on a table after landing on his bottom.

"Lowe used a doll to demonstrate how he dropped (Javontae). He dropped the doll from one or two feet in the air," the affidavit states.

Javontae was found to have suffered a brain bleed and retinal hemorrhaging consistent with being violently shaken. A doctor at Arkansas Children's Hospital allegedly advised that Javontae had been thrown or slammed onto a hard surface.

The child's mother allegedly "advised that she had seen Lowe be abusive with both of her children," according to the affidavit.

The mother allegedly told police that she has seen Lowe strike Javontae in the face while wearing boxing gloves on 10 different occasions. Police were allegedly told that when Javontae suffered a dislocated shoulder, Lowe "re-set" the shoulder himself and medical attention was not sought for the boy.

Investigators were allegedly told by the medical examiner that Javontae suffered a broken arm, not a dislocated shoulder, and that Lowe likely caused the injury to increase in severity when he attempted to "re-set" it by twisting the boy's arm.

Lowe is being held in the Bowie County jail with bail set at $7.4 million. If found guilty of capital murder in Javontae's death, he faces death by lethal injection or life without the possibility of parole. If found guilty of injury to a child in connection with the injuries Javontae received before his death, Lowe faces five to 99 years or lfie in prison.

If found guilty of injury to a child for allegedly abusing Javontae's older sister, Lowe faces two to 10 years in prison.

Wedgeworth is being held in the Bowie County jail with bail set at $1 million. 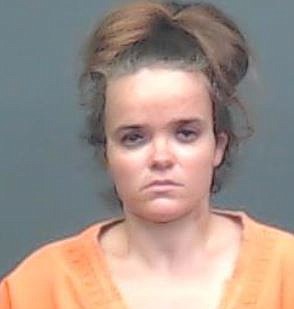