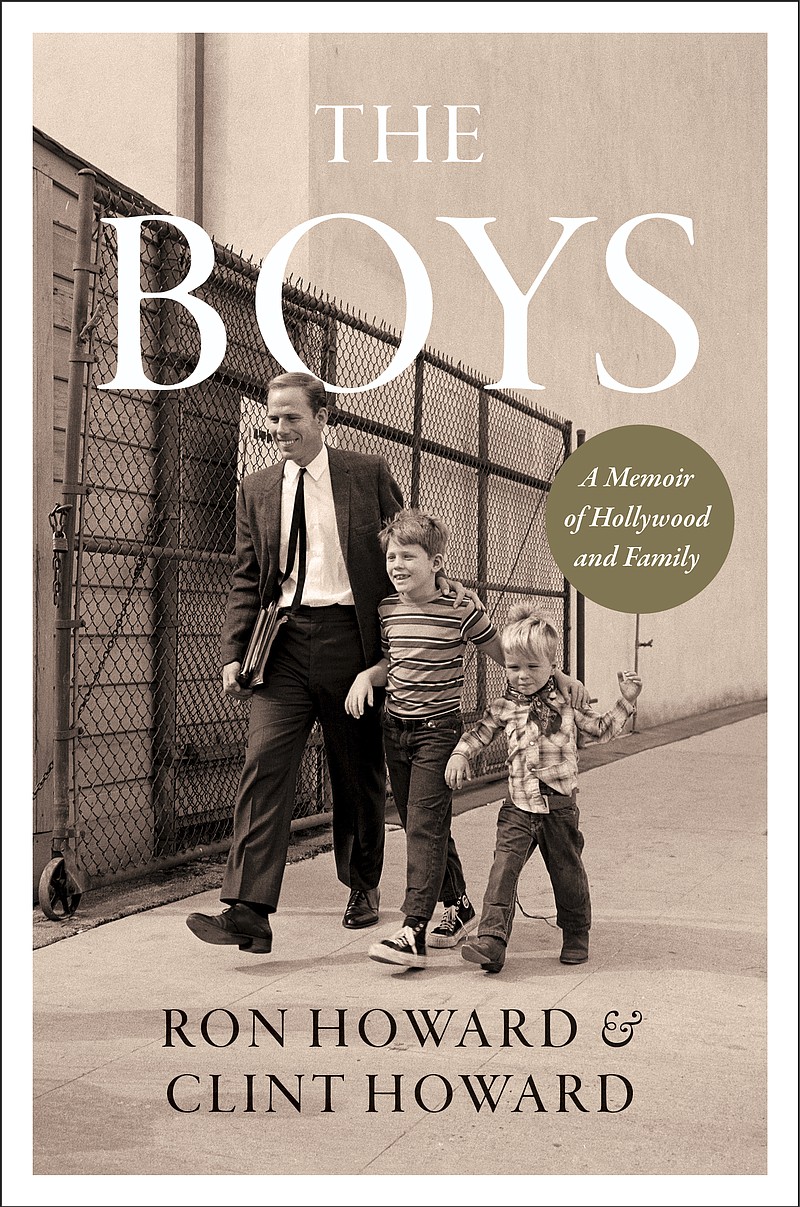 This cover image released by William Morrow shows &quot;The Boys: A Memoir of Hollywood and Family&quot; by Ron Howard and Clint Howard. (William Morrow via AP)

"What was it like growing up on TV?" That's the question, along with the death of their father in 2017, that prompted Ron Howard and his brother, Clint, to co-write a memoir of their childhood.

"The Boys" is exactly what you'd expect from the big brother who played Opie Taylor and Richie Cunningham and his younger sibling, most famous as a child actor for his three-year role opposite a bear in "Gentle Ben." It's wholesome, earnest and contains just enough tidbits about Mayberry and "Happy Days" to satisfy ardent fans.

The brothers alternate writing portions of most chapters, sharing their stories and musing about how lucky they were to survive in Hollywood as child actors. The book is dedicated to their parents, Rance and Jean Howard, who deserve all the credit for helping their kids navigate stardom. At one point in the 1960's, Ron -- he was Ronny then -- was one of the most famous people on television. He did the math one day during Sandy Koufax's contract dispute and realized he was earning more money than the Dodgers' left-handed ace.

That's a lot of pressure to put on a kid still in elementary school, but the Howards are not your typical Hollywood family. Rance moved the family west from New York (he and Jean actually grew up in Oklahoma and chased their own acting dreams to the Big Apple) to capitalize on the growing popularity of television. The intent, of course, was to support his family as a middle-aged actor in westerns, military dramas and cop shows. "But the Howard who kept getting cast without fail was me," writes Ron. "I got almost every part I auditioned for. Thanks to my freckles and red hair, I had the perfect wholesome, gee-willikers look for the late Eisenhower era."

Ronny wore Opie's Keds for eight years on "The Andy Griffith Show," adhering to California's child labor laws and attending grade school, middle school and high school when he wasn't being tutored on set. But it wasn't all whistling theme songs and laugh tracks. Ron shares quite a few examples of what he calls "Opie shaming," and credits his father for teaching him to be tough enough to occasionally fight back against bullies.

Clint's story, too, is unflinching. He didn't navigate fame as deftly as his big brother and started abusing drugs in his teens. But he's decades sober now and still working as a character actor, in part because that's what his father always did, busying himself with household chores while "waiting for the phone to ring." In fact, throughout the book it's clear that both brothers revere their father -- for the careers he provided them, the advice he gave them throughout their lives, and the shining example of his marriage to their mom.

There's lots more to recommend, but, alas, AP reviews don't run as long as popular serial television. So readers will have to buy it if they want any "Happy Days" gossip or details about how Ron managed to transition from a highly successful child actor to an Oscar-winning film director. In the end, it's the remarkable story of a family that chose a very public line of work but managed to live by their own private values in an America that gave them the space to do just that.