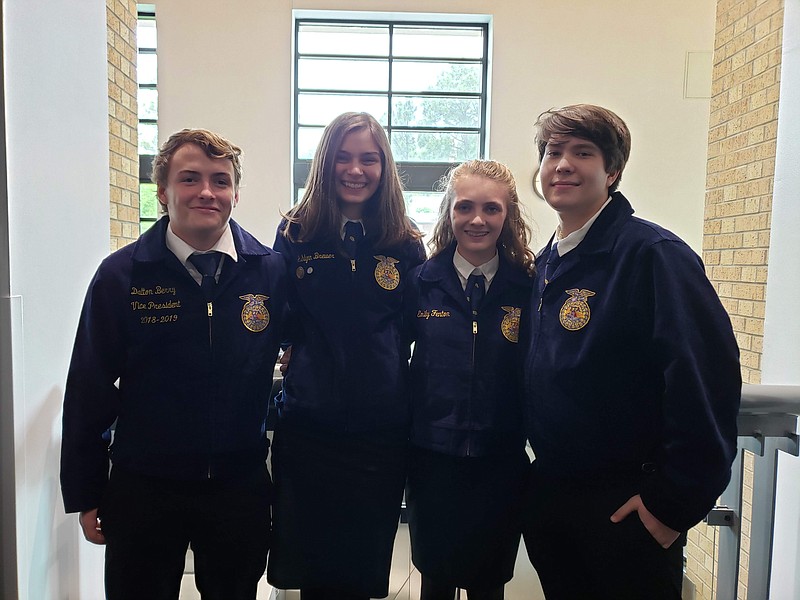 Each year, the National FFA Organization honors FFA members who show the utmost dedication to the organization through their desire to develop their potential for premier leadership, personal growth and career success through agricultural education.

The American FFA Degree is bestowed upon a select group of students in recognition of their years of academic and professional excellence. This year 3,863 American Degrees were awarded.

"Of the hundreds and thousands of FFA members across the nation, less than a half of a percent of members ever achieve this level," Local FFA Adviser Kimberly Leigh said. "It is at the top. You climb the ladder, you ring the bell and they have gotten there. They have really done something. It's a step that I didn't make as a high schooler, and I really am super jealous of them for achieving at this level."

To be eligible, FFA members must have earned and productively invested $10,000 through a supervised agricultural experience program in which they own their own business or hold a professional position as an employee. Recipients must also complete 50 hours community service and demonstrate outstanding leadership abilities and civic involvement through completion of a long list of FFA and community activities.

"If you're an employer that understands the importance of FFA and the skills that they learn as they go, with public speaking, career development and that kind of thing, it is very highly valued," Leigh said. "They have spent countless hours and time and money doing stuff for themselves and their community. They've been involved at the local, state and national level with FFA."

"These kids are the best that Genoa has to offer, as far as being smart, humble, doing their work and showing up every day," Leigh said. "They don't flinch on any responsibility. These are the types of kids you want to hire."