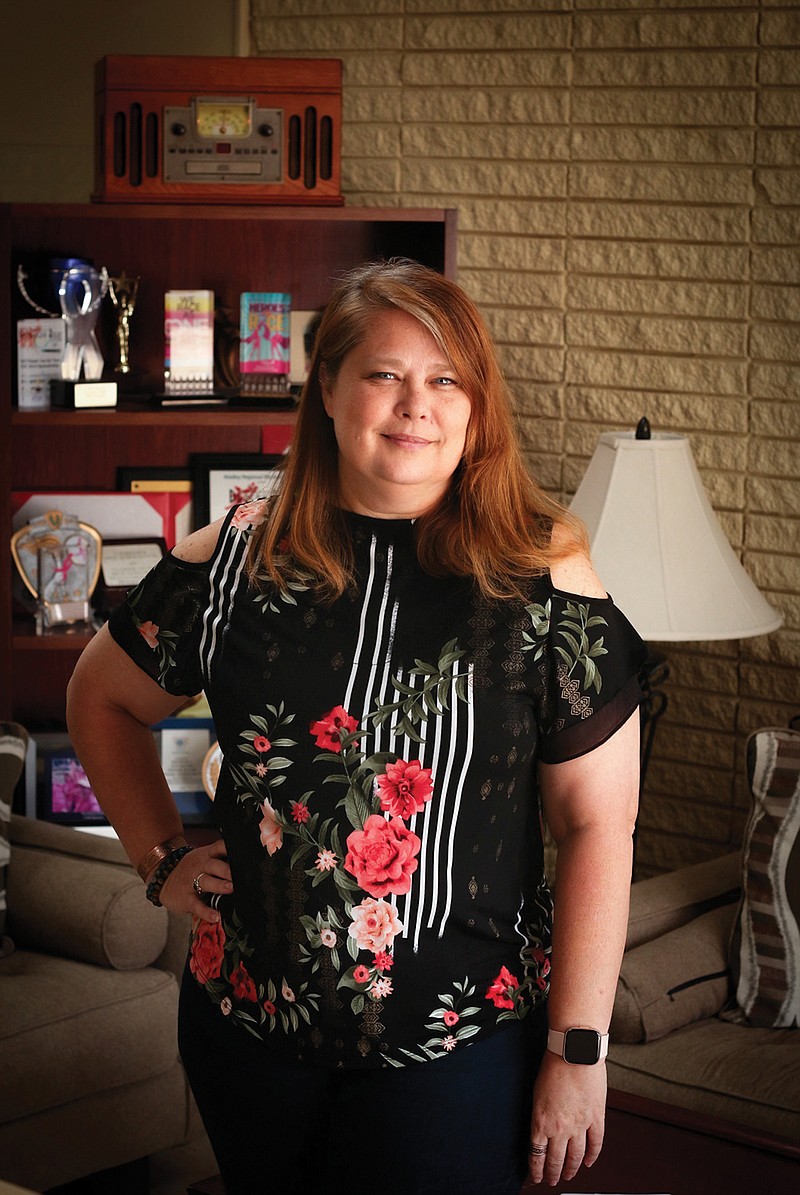 Dawn Parker is a radio personality for Texarkana Radio Center and host of 'Dawn in the Morning' on Real Country 98.7FM.

Dawn Parker is a name that some are not familiar with, however many have heard her voice and her laugh. She is a radio personality for Texarkana Radio Center and host of 'Dawn in the Morning' on Real Country 98.7FM.

She was born in Central Arkansas and graduated from high school in Little Rock. She was moved around as a child from Little Rock to Shreveport and back again.

Only one thing remained constant for her no matter where she landed.

"I spent summers in Marshall, Texas, at my grandmother's house, so I consider myself from the Ark-La-Tex," she said.

Dawn has a passion for capturing life as it passes by quickly. From mountain landscapes, Japanese markets, and on to her grandchildren, she looks for a unique angle to showcase how she sees the world.

As a child, she took photos from angles that others couldn't understand.

"People would say 'That looks weird!' or 'You are wasting film!' when I was a kid. They didn't understand what I was trying to do," she said.

Dawn did not let that stop her from learning all she could about photography and how to grow her talent. When she lived overseas, she owned a photography studio and felt proud of how far she had come since she used her mom's camera.

"I only shoot for work or close friends now," she said. "I also shoot when we travel."

Dawn met her husband in 1998 and they were soon married.

"He worked part time for the radio station (KSSN/KDDK) when I transferred to Little Rock from Fayetteville, Arkansas," she said. "He was also military at Little Rock Air Force Base."

They met on Valentine's Day and got married on April 11. Since then she and her husband, Grant, have traveled the world together. One notable trip for Dawn was when they traveled to Ireland.

"We didn't book any hotels in advance," she said. "We just went which ever direction we wanted for an entire week." Unfortunately for Dawn, not all her trips have worked out so well.

In 2010, she and her husband were stationed in Turkey when she lost her eyesight temporarily. She was uncertain of what that could mean.

She began going to doctors who performed so many tests, took lab work and performed more testing which determined that she has two autoimmune diseases. That still didn't explain her temporary loss of sight.

It wasn't until 2015 that she learned she has Multiple Sclerosis and temporarily losing her eyesight was the first symptom.

"I now see an amazing set of professionals at UAMS for the MS. And I'm still learning how to balance life, and what my brain decides it wants to do," Dawn said. "I don't talk a lot about my health because I'm stubborn. I never want my health to be used as a reason for why I can't do something."

Dawn has a big heart for her community, no matter where she lives. She takes the time to volunteer with organizations and causes that mean something to her. She wants to help wherever she can.

"When people call me and ask me to help do something, I usually say 'Yes' or I know someone who can do it. I mean, why wouldn't I help if I could?" she said.

She started volunteering in Central Arkansas at Camp Aldersgate where she worked with children facing different challenges - any type of challenge from cancer to arthritis.

"It opened my eyes and let me see that we do a lot of grumbling about our daily issues but compared to what some of those children were faced with, it's nothing," she said.

Dawn served as the board president for HandsOn Texarkana for 2020.

"HandsOn Texarkana is a phenomenal group of people teaching what I learned as a teenager - the importance of volunteering in your community. That's one of their many programs." she said. She also volunteers with the Homeless Coalition and the Bowie and Miller County Literacy Council.

"If you are complaining that things aren't the way you think they should be, tell me what you've done to make them better," she said. "That is how I see it."

Whether she was moving homes or seeing the world, Dawn has spent so much of her life on the move. Now a grandmother and almost an empty-nester, she isn't slowing down. Even though she sits in a recording studio "on the corner of Olive and 7th" she travels every day through the waves of technology and into the cars and homes of those in her community.

in the same cup.

We lived in Germany for 4 years, Turkey for 2 years, and Japan (Okinawa) for 4 years. I've also been to Ireland, Italy, Greece, Egypt, France, Austria, and Spain.