HER | Seeking a healthy balance as life gets busy 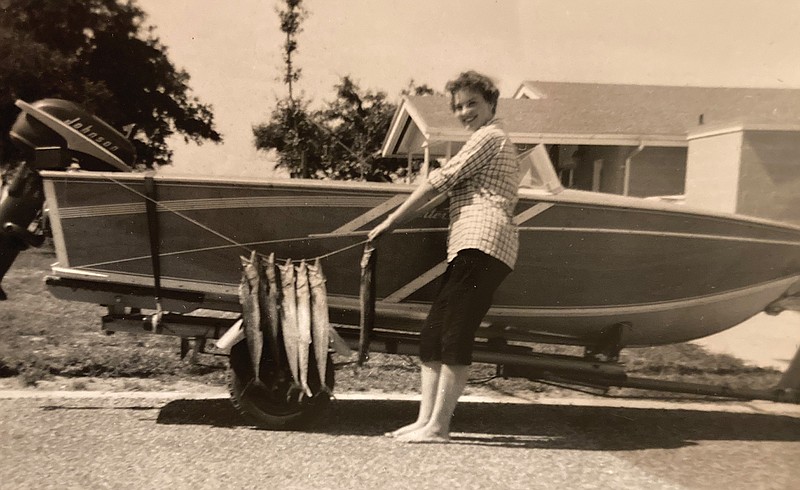 I've spent the last three years sorting through boxes and boxes of shiny photos of people who share my DNA there are many, many pictures of a stranger. A stunning woman with wavy chestnut hair, my neck and shoulders, my eyes, and a model's figure. Could this be my mother? (Photo courtesy of Jo Murphy)

My mother thought she was fat. I thought so too. Why wouldn't I? She always referred to herself that way. During the last few years I have been helping her transition into a skilled nursing facility. She turned 81 in March, and we have felt for some time that SNF would be good for her, but also knew how important independence is. So we waited for the decision to be her own. She's now been in a nursing facility for three years, and I've spent the last three years working through our memories - packing them away or moving them to my home where she can enjoy us using the things that she loves. The pictures - I have sorted through boxes and boxes of shiny photos of people who share my DNA. There are black and whites of a pert little girl with bobbed blond hair, starched pleats, and bows bigger than her head.

Those are of my grandmother. There are pictures of my sisters and me, all sharing my grandmother's silky fair tresses (if not the starch or the bows). And there are many, many pictures of a stranger. A stunning woman with wavy chestnut hair, my neck and shoulders, my eyes, and a model's figure. Could this be my mother?

I was always told that she was beautiful. I never believed it. How could I? She never thought of herself that way.

I think of my mother often as I parent my own three girls. I think about how important it is that I not hide behind the false feminine humility that I was raised with, but acknowledge that my daughters' perception of themselves, their perception of me, and their perception of womanhood starts with the eyes I teach them to look through. 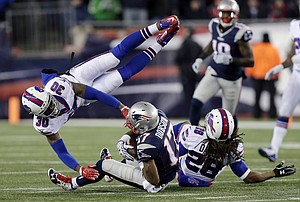 This has been tricky of late because I have gained a few pounds. I could go into a very long diatribe for how I got here, listing a back injury, our foster care journey, a broken ankle, a move, four healthy pregnancies, two miscarriages, one piece of chocolate cake, one ice cream cone, one pickle, one slice of salami, one lollipop, one slice of cherry pie, and one slice of watermelon. (That night she had a tummy ache).

Suffice it to say, I have reached that point where I am tempted to look back at my own younger 30s, longing to be that girl, the younger me who thought she struggled with her weight but was still quite tiny.

But I can't do that. Because my daughters are watching. They're watching, friend, and I don't want them to see a woman obsessed with the centimeters and inches that add up to a waistline. I want them to see that there is an endless panorama before them - one of faith, of laughter, of good food. One of catching fireflies, watching the stars, and skipping arm in arm at twilight. I want them to live well. And their best shot for that is watching me live well first.

Did you know that I was 7 when I first began to worry about my weight? I was at a party, surrounded by friends, all wearing the ridiculous getup that passed back then for a costume party but we now call misappropriation. Anyway, we had feather headdresses, suede vests, beaded necklaces, and great big smiles. Or I did, until I was pulled aside and told very sternly that unless I wanted to look like so-and-so, I should put my second cookie back.

Living well. It sounds so nice. Like an insurance or real estate commercial. But the doing is so much harder. On the inside, I've never stopped being that embarrassed little girl with a cookie in each hand. If I let myself, I can worry about my weight every millisecond of the day. But I can't do that, friend, because my daughters are watching.

So I have a weight problem that I'm not okay with. And I'm okay with that. I've been pregnant six times. As a young mom, any attempt at exercise ended with a dog leash in one hand, a crying toddler thrown over the opposite shoulder, and a trike straddled over the Sit n Stand stroller. In the snow. Uphill. Both ways. (Seriously folks, we lived in Kentucky. It really was uphill both ways.)

But my kids aren't little anymore, and out of shape as I am, I can exercise now. So every morning I slip my shoes on, do a few squats and head out the door, praising God for flat Texarkana sidewalks. At the beginning, I was trying to get in five thousand steps a day. Now, I regularly make it to twelve thousand and am learning to fit in crunches and leg lifts.

And the weight isn't falling off. But something even better is happening. My beautiful brown-eyed baby is watching her beautiful blue-eyed mommy go be healthy. And she's saying "I love you, Mommy. You're so beautiful. Can I come with you?"

Friends, I'll take that over a size 8 dress any day of the week.