HER | Historic home is at heart of helping hands 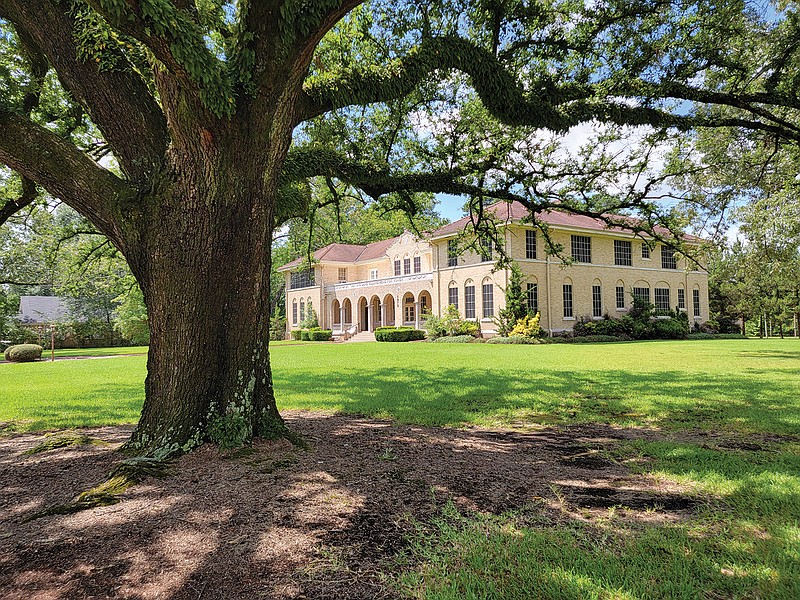 Once known as the Ben and Jane Collins Home for Women, this beautiful property at 1915 Olive St. is home to HandsOn Texarkana, a local nonprofit.

HandsOn Texarkana has been located in The Collins Home on Olive Street for the past 11 years.

It was originally built through a trust fund left by Ben Collins. He left instructions for the trust to build an assisted living home for women and for it to fund the home and the residents that lived there.

Eventually, the home became a part of the Wadley Foundation, and it deeded the building to HandsOn Texarkana for their nonprofit operations.

"When we were approached about this building, I had to write a proposal about what we would use this building for," said Kathey Graves, who served as the HandsOn director for 23 years before recently retiring. "We wanted to restore the building, give it back to the community, and be a resource for other nonprofits in our community."

The Wadley Foundation initially decided to deed the building to another nonprofit. However, that arrangement did not work out and the house was given to HandsOn Texarkana.

During her tenure, Kathey partnered with local businesses and nonprofits to restore as much of the original work as possible. She has applied for multiple grants to get things replaced such as pulling up the original carpet and restoring the hardwood floors.

"Every room has had to have work done to it," she said. "We have been fortunate enough to have a lot of community support, and volunteers like Bob Nelsen."

Bob attended an event one time and showed up the next day to start working on the building, Kathey said. "He has been here ever since, and he is the driving force behind most of the maintenance work done here."

She says the community has also stepped up.

"It gives me chills to think about just how much the community itself, and businesses alike have all come together to help keep this history here," she said. 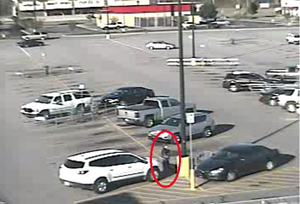 Photo by Pine Bluff Police
Pine Bluff police say this surveillance photo captures a woman who made off with $1,400 accidentally left in a Walmart shopping cart.

HandsOn has initiated several programs over the years. They have always offered their programs for free using proceeds from fundraising events, grants, and monetary donations. The organization has two main fundraising events each year, The Dragon Boat Race and the Tapas and Wine event.

The Senior Transportation was begun several years ago. It offers transportation in a volunteer's car to seniors 65 and older who cannot otherwise get to doctor's appointments, grocery stores or other errands.

It is a weekly parenting class hosted for the residents of Federal Corrections Institute at Texarkana and held at that facility. The classes are also held at Haven Homes, which is a transitional program for those who are no longer residents of FCI and are trying to get back to life.

The Youth Volunteer Program was started in 2000 and teaches children about volunteering in their community. Over the years the program has evolved from primarily targeting youth that needed court ordered community service hours to benefiting all the youth of the area.

"We started going into classrooms and teaching children about volunteerism. There were teachers and schools who wanted their students to volunteer, but they were not all sure where to go," she said. "Volunteer hours are wonderful for college admissions, training for a first job, and even building character."

HandsOn also formed a disaster prepared group with other nonprofits. When hurricane Katrina hit the coast in 2005, there was no plan in place. Now there it.

"We all sat around a table at the Texarkana Chamber of Commerce and were unsure of what to do, Kathey said. "We had about 2500 evacuees, and we had no idea where to send anyone for help."

The group became Texarkana Area Communities Organization Active in Disaster, or COAD, and is supported by a national organization.

The Unified Community Resource Counsel, a non-profit targeted meeting to help those that the nonprofits here serve, is also hosted by HandsOn Texarkana,

And HandsOn is a caretaker of one of Texarkana's most treasured and beloved historic homes, The Ben and Jane Collins Home for Women, at 1915 Olive. Styled as a Mediterranean villa, the organization rents out space for events and weddings, and then plows the related fees back into the community through the services it provides.

In this way, the organization is truly epitomised as the home of the helping hands.