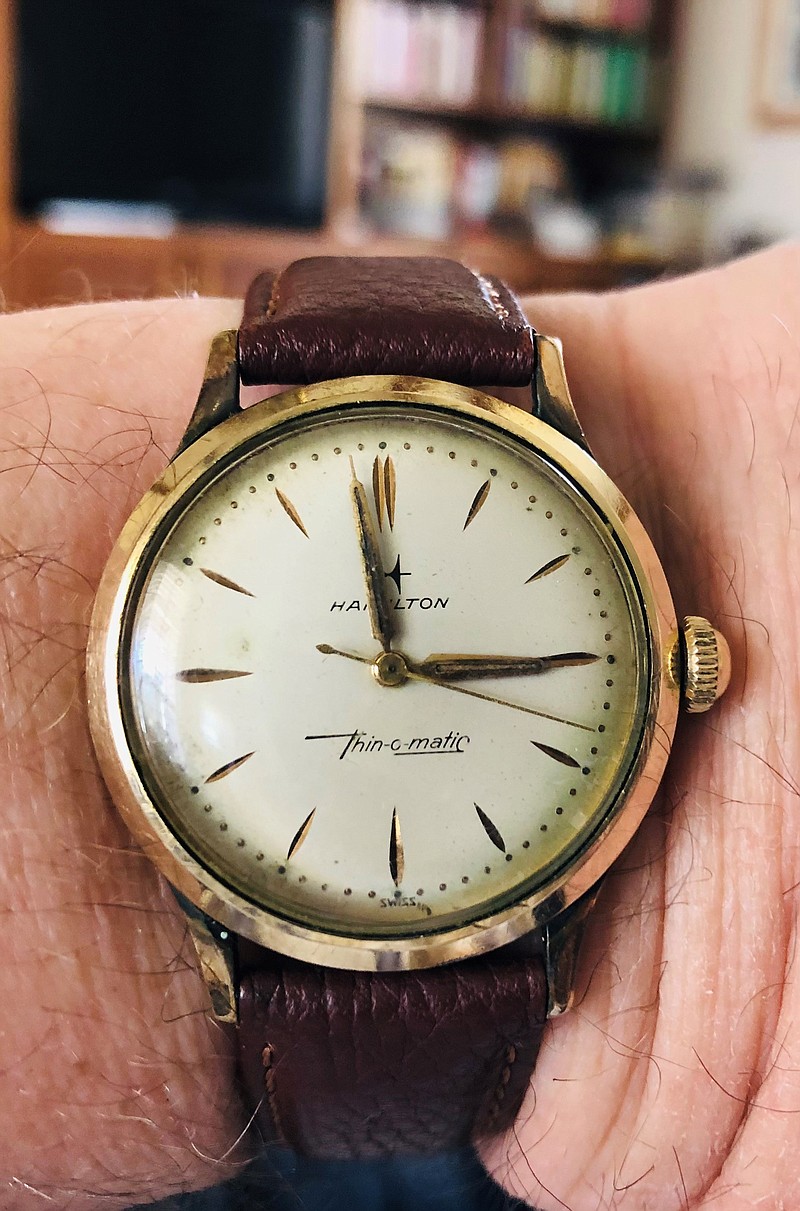 Get to know your family members well so that you know which of their possessions mattered to them. (Photo courtesy John Moore)

One of my fears is that I'll die and my family will throw out, or sell cheaply, my things that have value.

I went to an estate sale awhile back, and the grandkids of a family member were bagging up some remaining items and were going to throw them away. I asked if I could buy what was left and go through them later. They agreed.

Included in the bag of pencils, staplers, Tupperware, and other things that had once been part of someone's daily life, was a watch.

I don't feel bad about this since I paid them for the remaining items and neither them nor me had any idea what was in the trash bags, much less the value.

It reminded me of my grandfather. He was a blacksmith in Ashdown, Arkansas, until the day he died in 1978.

"Don't you just give away or sell for nothing all that sheet metal and pipe I have behind that shop," he would say to my grandmother.

On other occasions, he would lecture about the things he had in his shop. Anvils, a forge, a welder, and shop supplies were just some of the items he owned.

But sure enough, when he died suddenly and young at age 60, his things were gone through by strangers who bought them for pennies on the dollar.

My grandmother just wanted all of it gone. She could see his shop outside her front window. She said the building and everything about it reminded her of him.

She wanted it gone.

That is often the reason people want to get rid of someone's things. Other reasons include apathy or greed.

Whenever you have family members who are a couple of generations removed from the person who has passed, they just can't relate to the things left to them.

Or, they're so busy with their own lives they never took the time to get to know the family member or why their possessions had value.

I've gone to estate sales where no one seemed to have any sense of family.

I recall walking through a near-empty home with my mother and father. Hardly anything was left, but something on the floor caught my eye. A persons name badge. One they had worn at work.

I don't recall where the individual was employed, but I picked it up and examined it.

My dad noticed me looking.

He commented how sad it was that someone worked their entire life and the symbol of who they were and how they had made their living had been tossed on the floor after strangers rummaged through their things.

When my father passed, he had a lot of stuff. Some was just junk, but a lot of it were things that meant something to him.

I knew the difference.

And I knew the difference because I took the time to know my father. I knew what mattered to him, and why.

His things that were just things were sold to others. But the things that mattered stayed in the family.

I got his coin and watch collection. I had spent years helping him with the coins, and I knew which watches he loved, and why.

One of his favorite watchmakers was Hamilton. I frequently wear a vintage wind-up he had that was made in the 50s.

It's how I recognized the significance of the gold Hamilton Thin-o-Matic that had been tossed in the trash.

When people age, often the younger generation doesn't see them as they once were - a young, vibrant person who lived life, loved their things, and wanted the best for the kids and grandkids.

They only see an old person.

But family members merit your time. They each have a fascinating story. Even if you don't know them well, you can almost always determine who they were by just looking at their things.

And when your aged family member says, "Please don't just give away my stuff when I die," listen to them. It might just pay off.