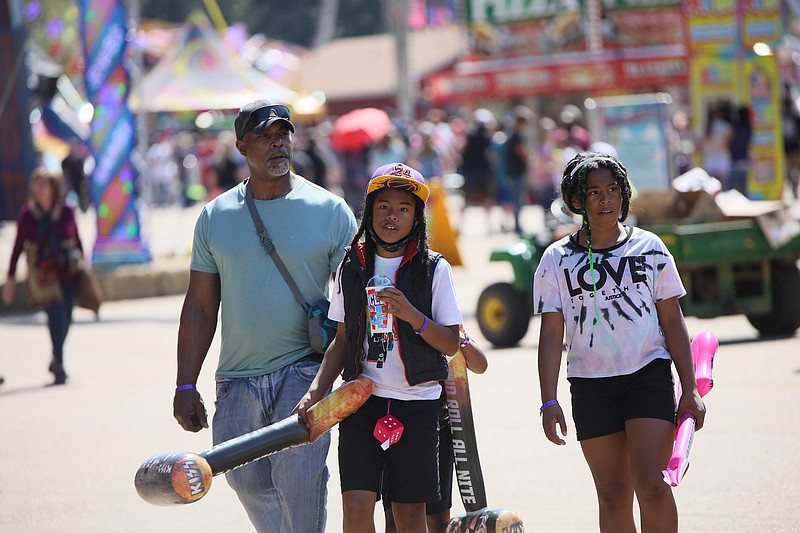 The Four States Fair & Rodeo is under way, and this is the second year in its 77th year history that it has taken place in the spring.

Lisa Barr Garner, executive director of the fair, said the number of attendees last year were record breaking and that could have been because there was no fair in 2020 due to Covid and they wanted to have something fun to do, or because people prefer a spring fair. Since the fair became chartered in 1945 and held in the area which now is home to the baseball complex at Spring Lake Park, it has always been a fall tradition.

"Last year we had about 70,000 paid attendees and we always have about 100,000 attend the fair because we have a lot of complimentary and day passes," she said. "It was just phenomenal last year, and we have lots of fun stuff planned for the week. We hope everyone gets out and has a good time."

This year's fair, which began on April 1 and ends Sunday, April 11 has 35 rides on the grounds which is the average number brought in each year. Garner said half the rides are kids rides and the other half are family and thrill rides. Crowd favorites such as the Ferris Wheel, the Tilt-A-Whirl and the Sizzler are available to ride along with a pirate boat ride that is the same ride as the Pharaoh's Fury. The swings, Himalaya and the Ring of Fire upside down roller coaster is also on hand.

"The Sizzler and the Tilt-A-Whirl are my favorite," Garner said. "I like to look at the Ferris Wheel, but I'm not too crazy about heights. It's just too tall. I like my feet a little closer to the ground. I'm not a thrill seeker but my grandmother once made me ride the Kamikaze where the carts flip back and forth crisscross and go back over. I was really mad, no I was not mad, I was scared. She was 78-years-old when she did that."

Garner has been with the fair for over 20 years and her grandmother, Betty Nix, celebrated her 50th fair last year. Nix oversaw the fair from 1971 to 2000 when she retired but after that she has worked part-time. She still works fair season because she loves it Garner said.

Her grandmother's involvement with the fair is why Garner chose to be a part of it. She said she remembers being a little girl and following her grandmother around the fair and enjoying the sights and sounds of the midway.

The dates for next year's fair and rodeo have not been set, but Garner feels it will be in the spring due to turnout and other factors.

"I think it will be a permanent new home-the weather is a bonus and this is a part of the year which allows us so many things we can't do in the fall where we are competing with state fairs and other fairs up north," she said. "We are also competing with football, sports and school starting back. Spring brings the capability of brining things in when you aren't competing with 150 events."

Another great aspect of the spring is better weather, she said.

"We love the weather, which is great," she said. "In Arkansas in September it can still be 101 degrees."

Because of the spring dates for the fair, vendors who have been sought out in the past in the fall can now come to the fair and offer their goods. One of the most popular aspects of the fair is the food and this year, there are two new vendors to try. Duane Hickman has been bringing his Real Wisconsin Cheese trailer to the State Fair of Louisiana in Shreveport for the past 20 years but has been too booked in the fall to attend the Four States Fair until now.

Hickman said his products include fried cheddar nuggets, which he said are easy to share on the midway and fried mozzarella sticks and jalapeño cheddar fried cheese, which are both about the size of a standard hot dog.

"Our main routes in the fall are in Illinois and Wisconsin so we couldn't make it in the fall months," he said. "People who are trying it are loving it. There is about the same amount of cheese in each type."

Another new food vendor is Cleveland Gourmet Corned Beef, and it is the only one of its kind in American on wheels said Lisa P. Dorsey, who runs the business with her husband Donald Dorsey.

"This is the only corned beef on wheels--this type of beef is only usually available in delis and restaurants. It's on every corner in Cleveland, Ohio," she said. "People love it and we've already had repeat customers. Some people have never had corned beef before."

Because they now do much of their business in the south, they have also added shrimp, chicken, and crab to their menus available in egg rolls, but the main offering is the corned beef sandwich or the corned beef sub.

With great rides and vendors, Garner expects everything to continue to go smoothly, but there is one thing that cannot be controlled and that is the weather. It's something she tells her staff not to mention to her unless it is a serious storm.

"I always just hope we will get the skirt tail of rain if it comes. I don't watch the weather because it stresses me out too much," she said. "If it is 10% to 20%, I don't want to talk about that. No bad Juju."

For more information about both events or ticket information, go to fourstatesfair.com or call (870)-773-2941. 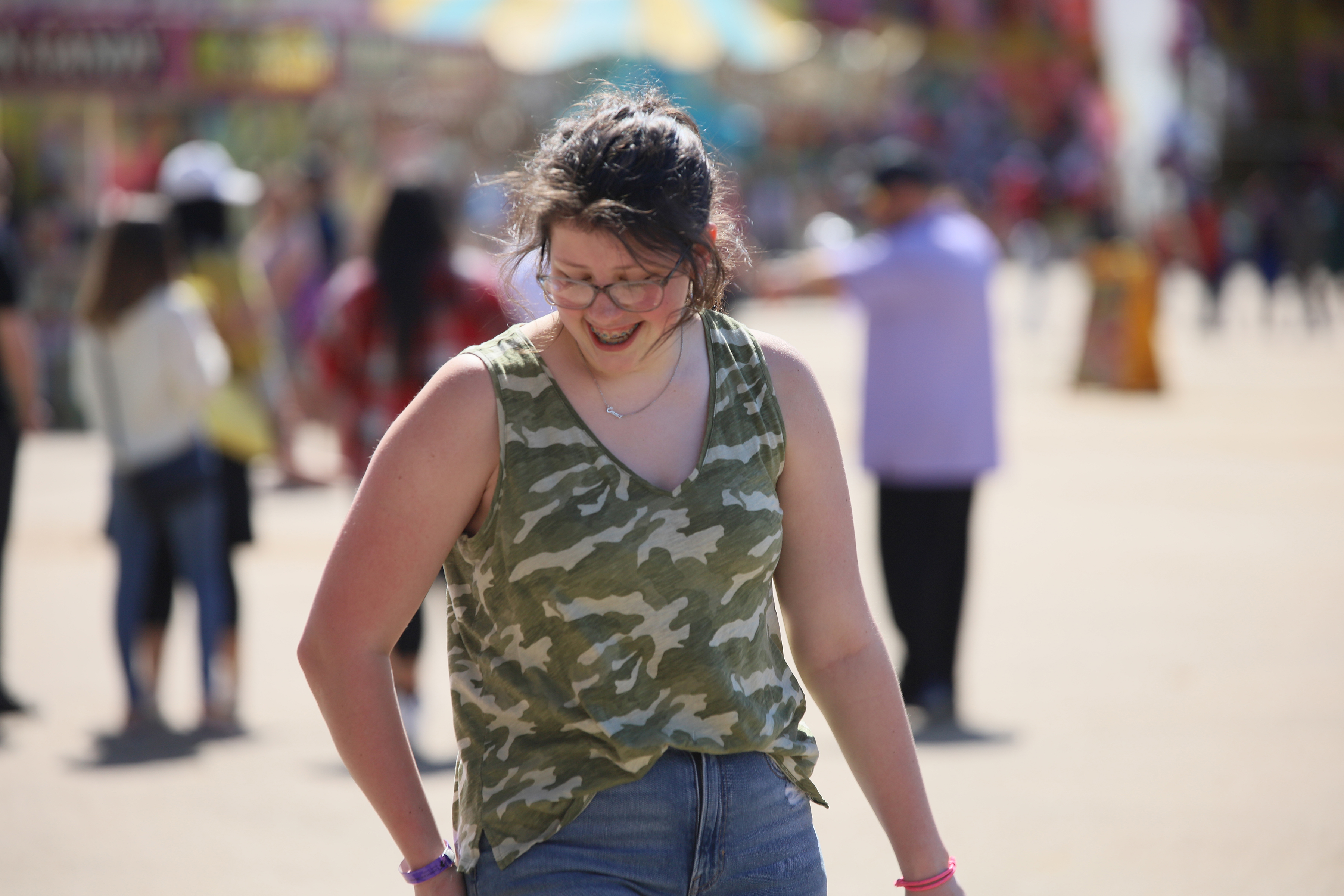 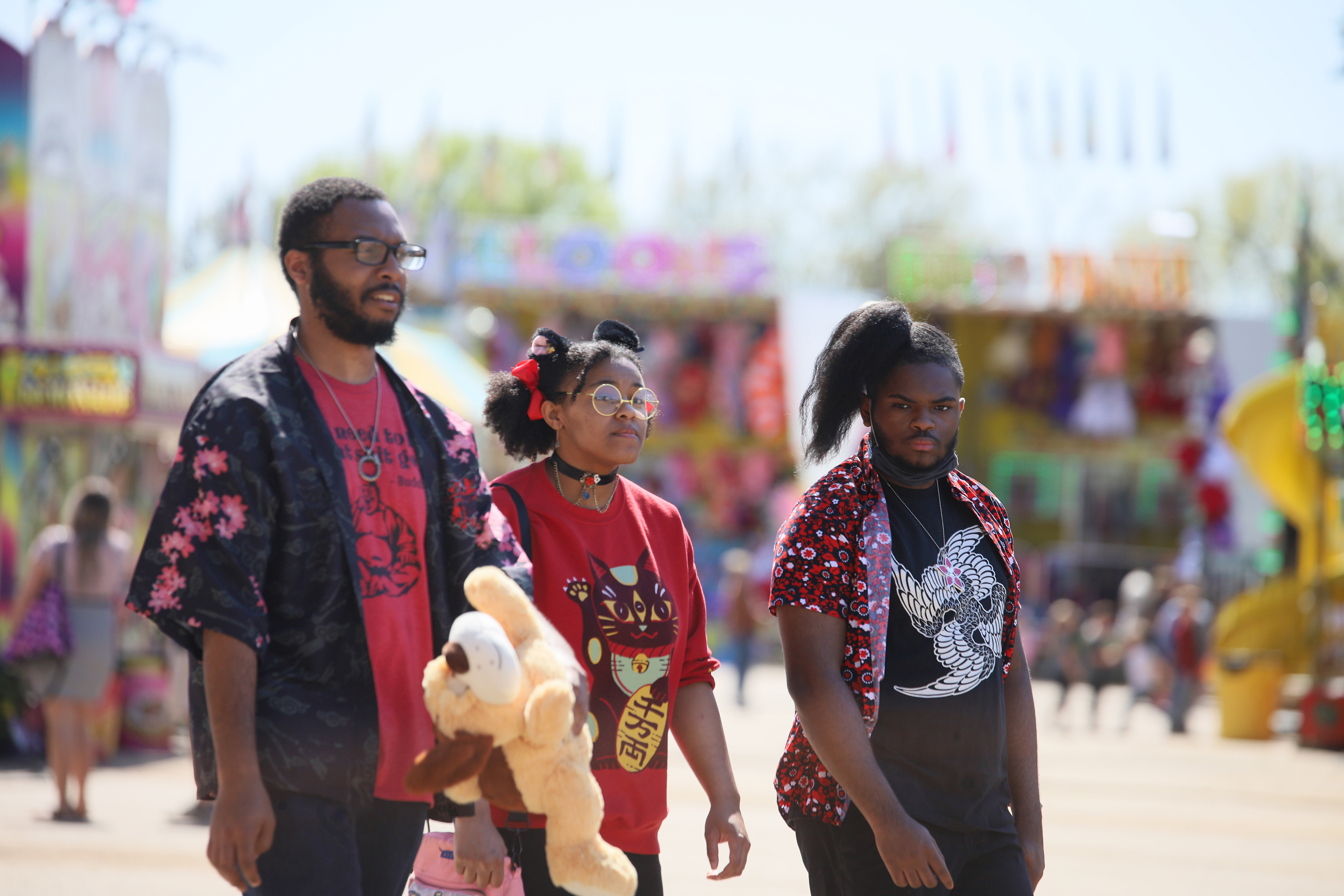