Rodeo to giddy up at fairground 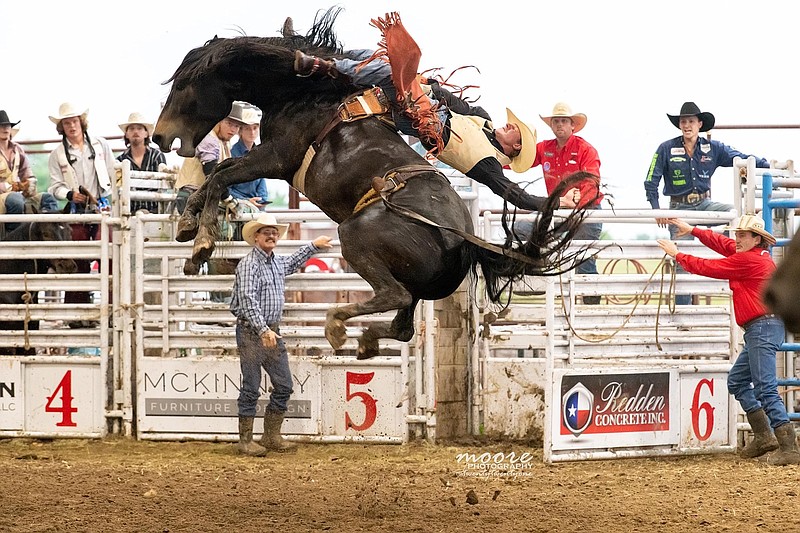 The third generation of the Wing Rodeo Company is bringing the bucking bulls and broncs to the Four States Fairgrounds beginning tonight and continuing through Saturday.

Payden Franks, who runs the company, began learning about the rodeo business from his grandfather, Jerald Smith, and grandmother, Joan Smith, better known as Joanne, when he was a child. Jerald Smith founded the company in 1967 and died in February 2018.

"My grandmother will be at the rodeo, and I think she's 81. She watches things and is still the boss, more or less. She writes the checks," Franks said, laughing. "She's been doing this for over 50 years, so she knows so many people and it's like a reunion wherever she goes. People call her Joanne, and she never corrects them. She is a pretty vital part of the rodeo and has a lot of experience in many situations."

"I literally just turned 35, so I have been doing this a long time," said Franks, who knows about raising the stock for rodeos, transporting them and putting on a good show.

Lisa Barr Garner, executive director of the Four States Fair, said Franks went around the rodeo arena learning from his grandfather, just like she did with the fair, learning from her grandmother, Betty Nix. Franks said in his middle school and high school days he used to team rope and calf rope but ended up going into the business side of rodeo and had to learn about the cost of feeding the animals and getting them used to traveling as far away as Florida and Colorado and everywhere in between for shows.

A fairly new concept in rodeo is the ladies breakaway roping, which is becoming very popular, Franks said. In the event, women rope a calf while on horseback, just like the men.

Another highlight of the rodeo will be rodeo clown JJ Harrison, who lives in Washington state and travels across the nation doing rodeos, including working at the National Finals Rodeo in Las Vegas. Harrison said he has been to Texarkana's Four States Fair rodeo before and will be bringing some of his props, but he can't fly on a plane with his barrel, so he may have to borrow someone else's in the arena to stay clear of the bulls.

"Texarkana has an amazing crowd, a great facility and the whole group that puts the fair on is great," he said. "I think the people Lisa brings in, the level of entertainment they go after is great. Having me come in is a little bit better than what they can find locally."

Harrison has been a professional rodeo clown since 2008 and does around 40 rodeos a year. In November and December, he is in Las Vegas and either works for the Roper clothing company or at the MGM doing shows and signing autographs.

The other high point of the rodeo is that National Finals Rodeo announcer Andy Stewart, well known in the rodeo world as one of the best in the business, will be announcing the winners and keeping the crowd entertained throughout the evening. Harrison said he works closely with the announcer to keep the crowd involved in his antics and the rodeo itself.

"I'm off the cuff; I wing it and do unscripted comedy and play off the crowd," Harrison said. "I do funny acts, and I'm just silly. There is a lot of self-deprecating humor -- I just kind of make fun of myself. I'm out there the whole time and during the bull riding I stand right in the middle. I serve as a backup if someone needs me to distract a bull for a second. At this point in my career, I'm used to them, but I don't want to get ran over."

The bulls are always the most anticipated event in a rodeo, Franks said. Only the bravest cowboys are willing to get on the bulls -- who have creative names like one of this year's Fat Lip -- and see if they can hang on for eight seconds.

"I just think the danger involved is more or less the main thing," Franks said. "It is literally man versus beast and 90 percent of the people would never attempt it. I'm not saying you always get hurt in the sport, but it is a big unknown factor."

The Four States Rodeo will begin tonight and continues through Saturday. The fair concludes Sunday. For more information about both events or ticket information, go to fourstatesfair.com or call 870-773-2941.

The Four States Rodeo will begin Thursday and continues through Saturday. The fair concludes Sunday. For more information about both events or ticket information, go to fourstatesfair.com or call (870)-773-2941. 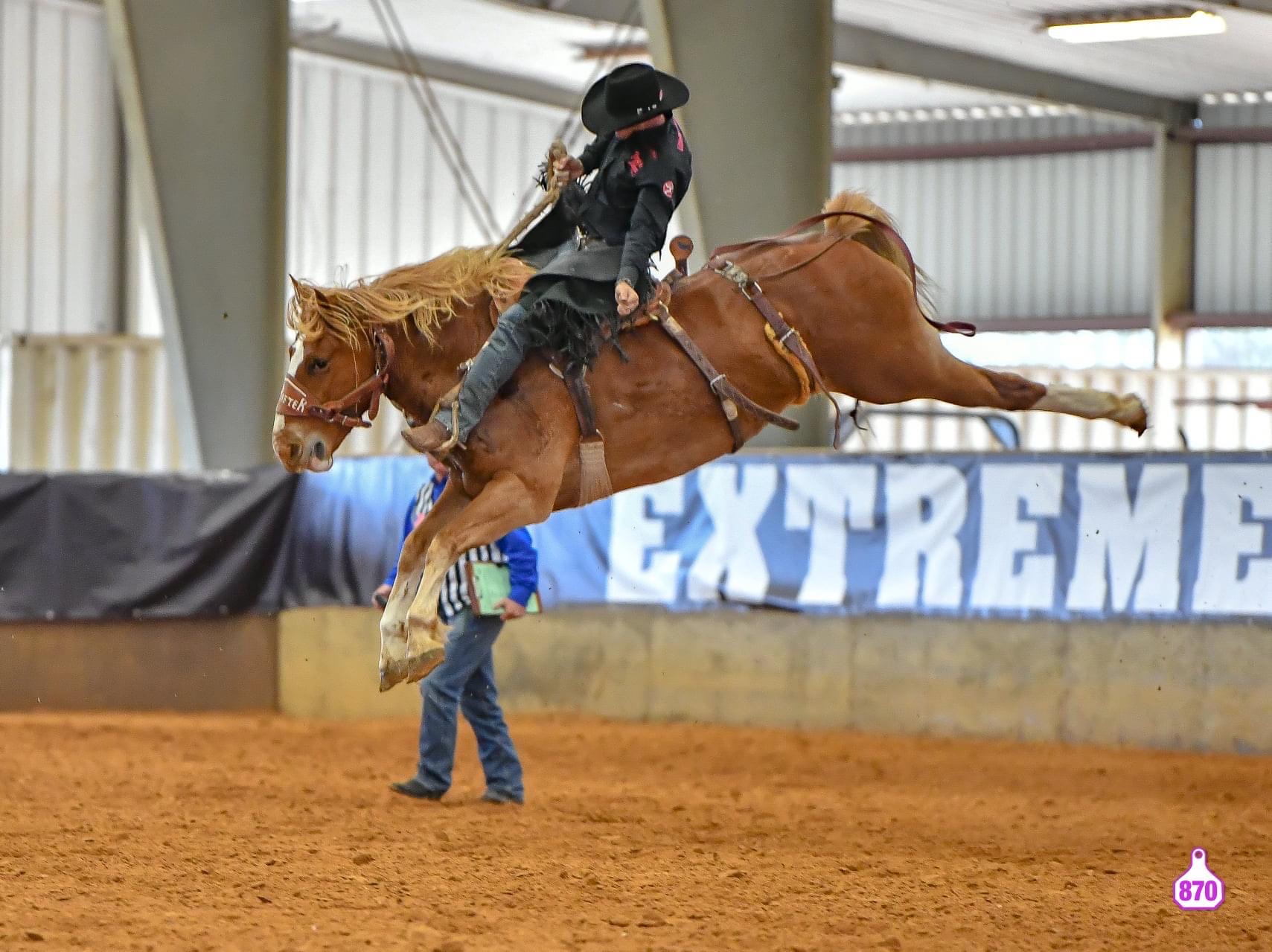 Wing Rodeo horse Tequila Sunrise attempt to buck its rider. Bucking horses and bulls are some of the most anticipated events for the Four States Fair rodeo, which takes to the arena Thursday, April 7, 2022. (Submitted photo)

Print Headline: Rodeo to giddy up at fairground